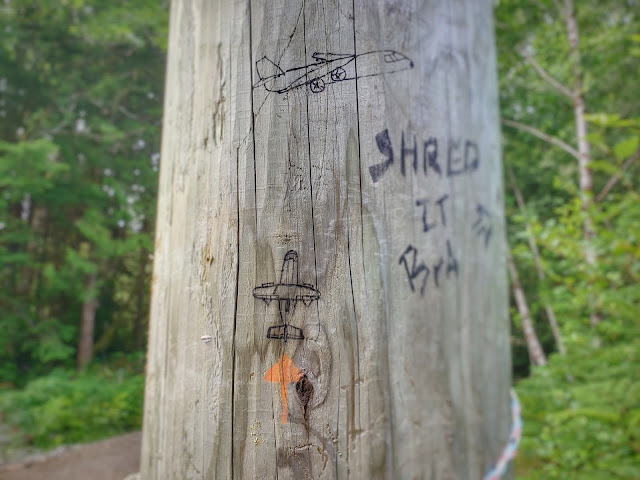 6 km      122m elevation gain
Any trail that starts with directions to count telegraph poles along the road then look for the 'little plane' sounds appealing to me.  Our destination is an RCAF Canso Bomber that crashed in February 1945.  All 12 crew members survived thanks to the pilot.  The half ton of depth charges and ammo the plane was carrying were detonated later.  There's now a completely circular pond where that happened.
We parked at Radar Hill and followed the highway until we spotted the pole.  It was a hot day so it was nice to be in the shade of the trees.  The first interesting point at about 1.5k is an abandoned workshop.  Dare you enter?  There is a trail round the side, but it's not as much fun. 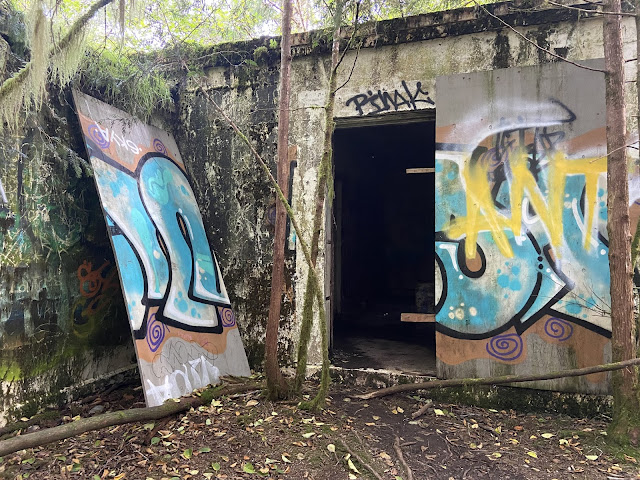 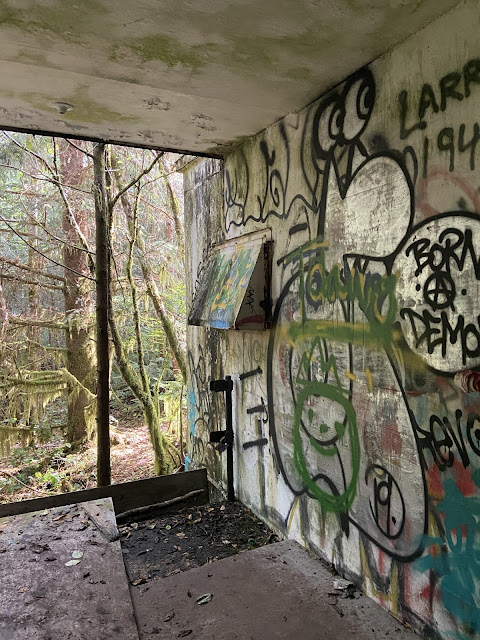 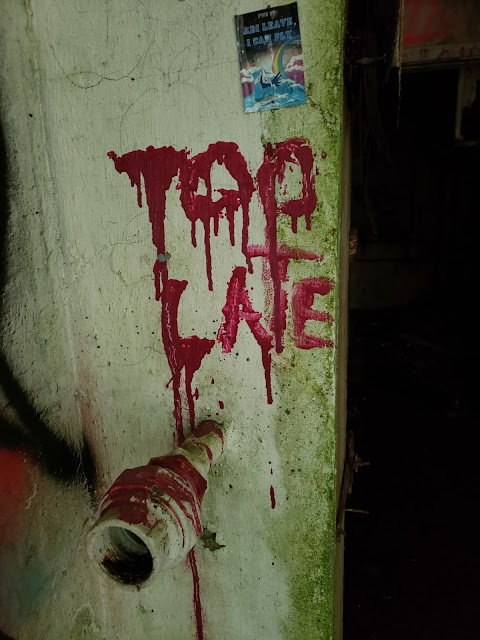 Blair Witch moment.  It's really dark in there, Kev used the flash.  Water is randomly dripping from various spots. 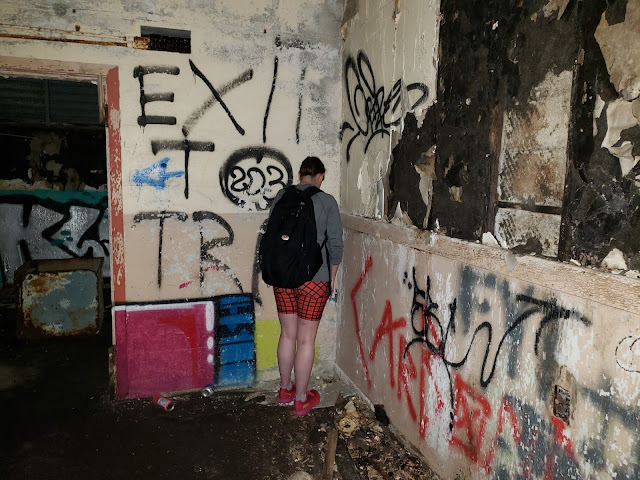 After leaving the haunted warehouse the trail dips into a muddy bog with areas of standing water.  I can't imagine how long it would take if the boardwalk hadn't been put in.  It was so hot and humid I kept thinking I was in Maui (this being a good thing). 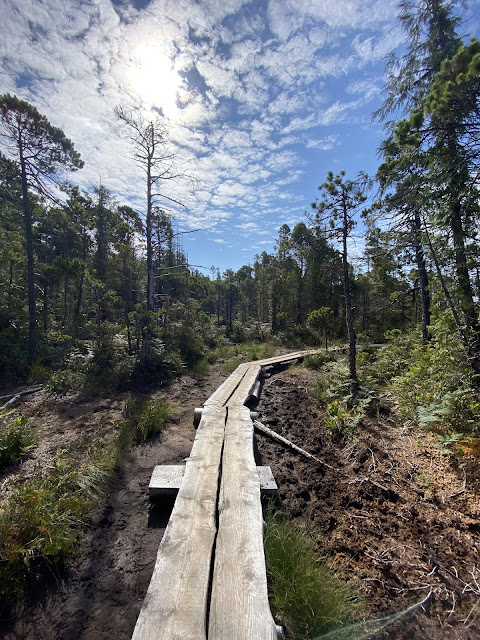 Eventually you start seeing the plane wreckage.  It landed nose up on a slight hill with various bits scattered further down. 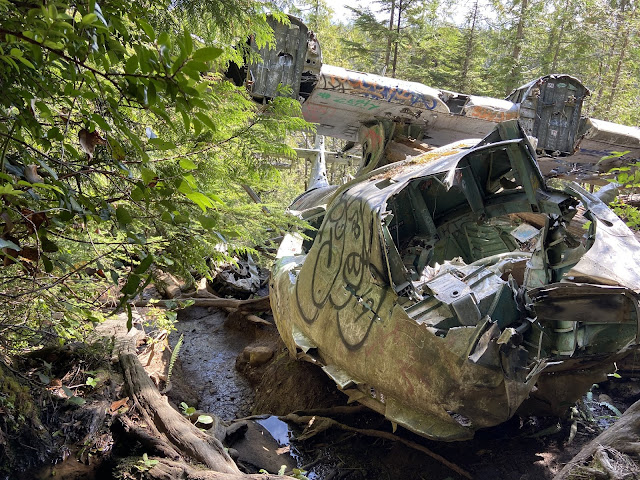 This plane has been here, exactly where it landed, for 75 years. 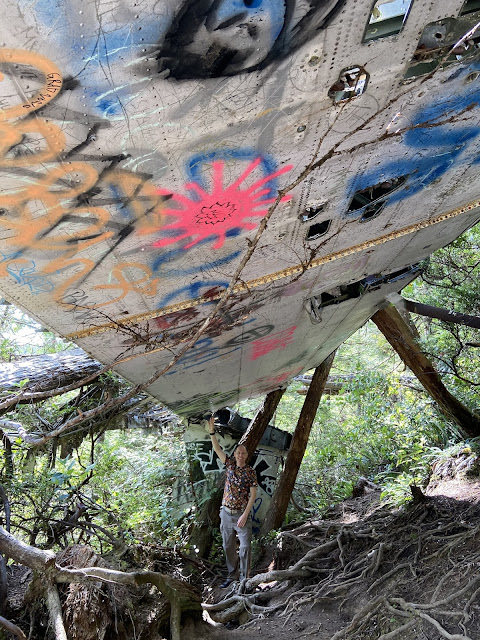 I suspect the graffiti is a later addition. 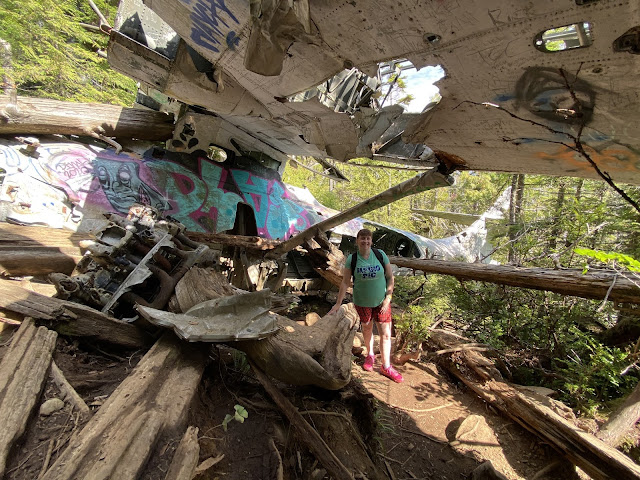 It's absolutely fascinating to see it there amidst the trees and undergrowth. 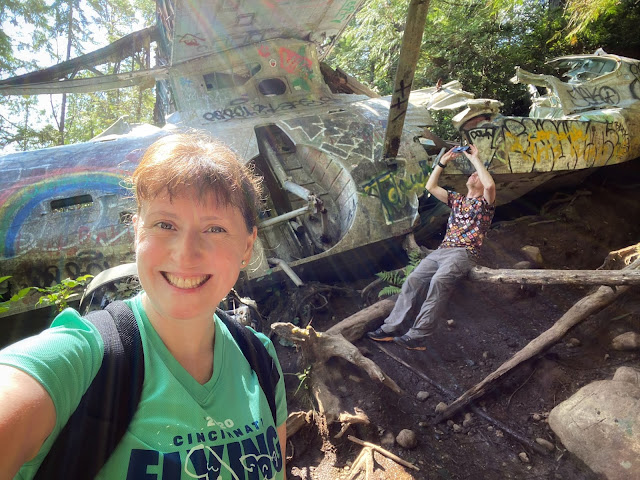 We had a thorough exploration then a break on a nearby log before heading back.  Surprisingly it got quite busy on the way out.  We missed the circular explosion pond, not sure if that's off the trail a bit.  Then it was beach time! 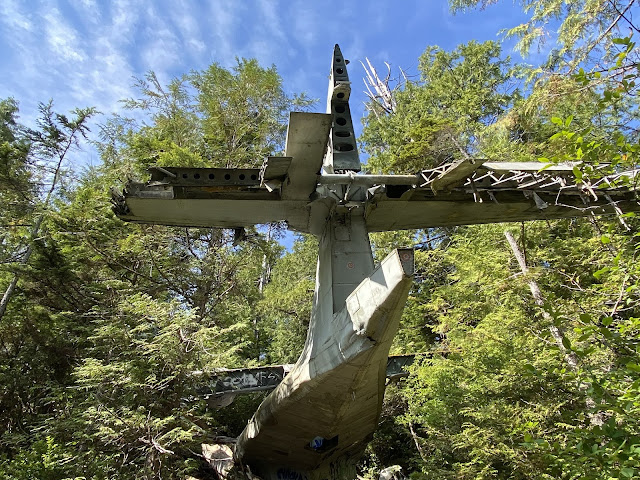