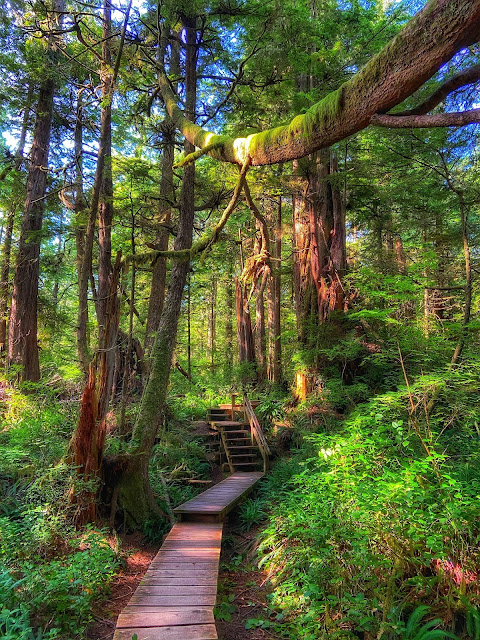 7 km      165m elevation gain
As soon as we arrived in Ucluelet we visited Little and Big beaches and realized any easily accessible ones would probably be quite busy, especially since the weather was going to be beautiful all week.  The next day we went out to try a couple of beaches that required a hike in.
The Willowbrae trail leads to Half Moon Bay and Florencia Bay.  After a lovely forested trail over rolling hills, the route splits at about 1.3 km and you follow boardwalks and steps to the sand.  Can you guess which one this leads to? 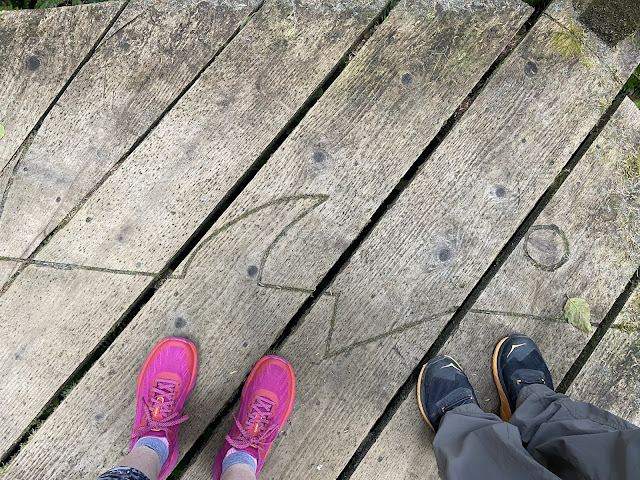 Half Moon is the smaller one and seemed to be a bit busier in general from what we saw.  There are maybe 4 other people on this beach out of shot.  Hardly Blackpool! 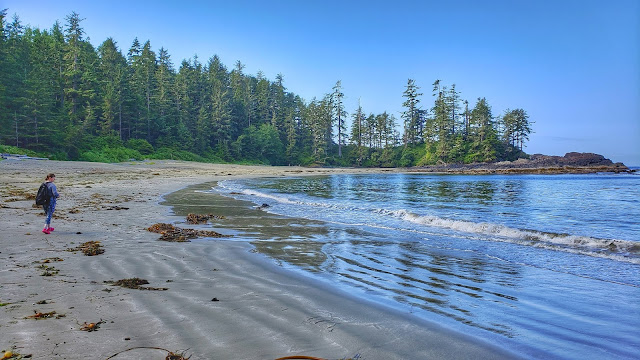 I've never seen so much kelp! 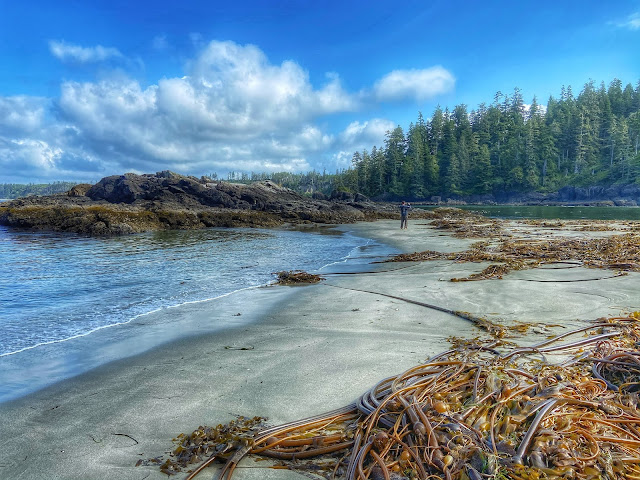 The far side had rocks we decided to climb around on.  It's always nice to have an adventure. 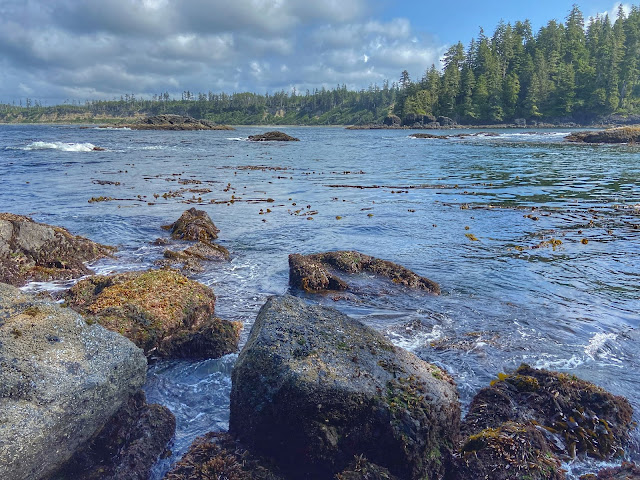 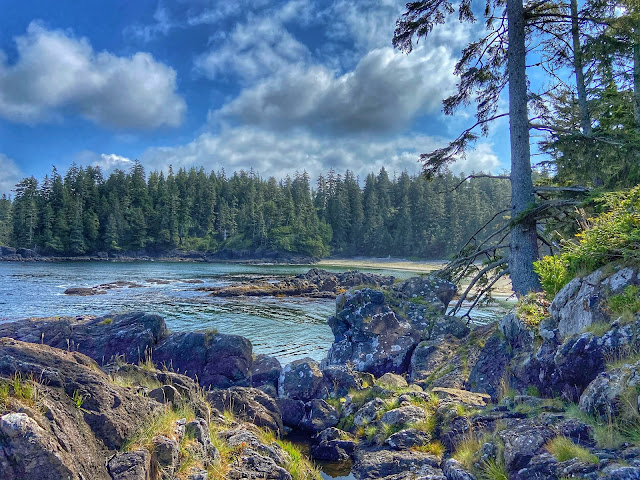 We found a little area all to ourselves. 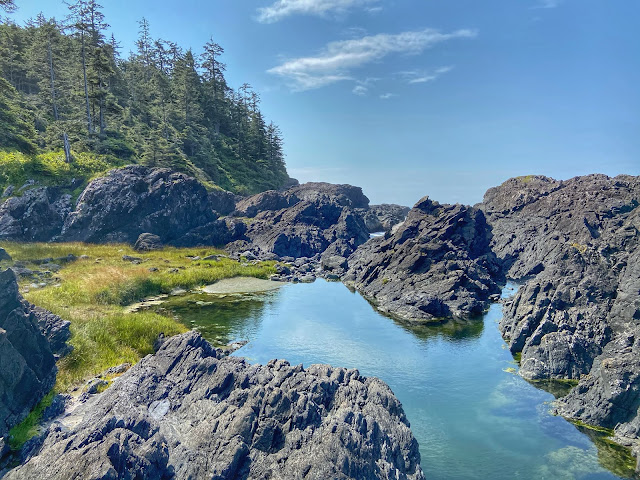 I wish I could capture how the air smells/feels.  It's heaven. 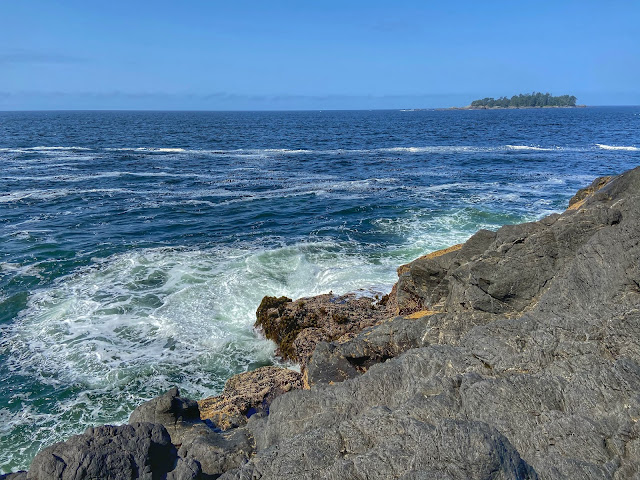 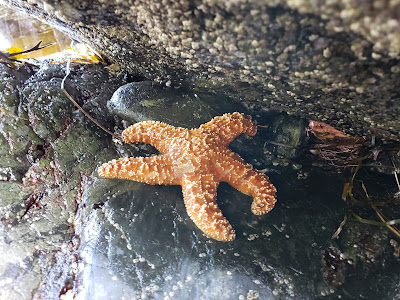 The combination of rainforest and beach is pretty incredible.
We rejoined the boardwalks and went down the wooden steps to Florencia Bay.  This beach is much longer with about 3 km of sand to extend any adventuring. 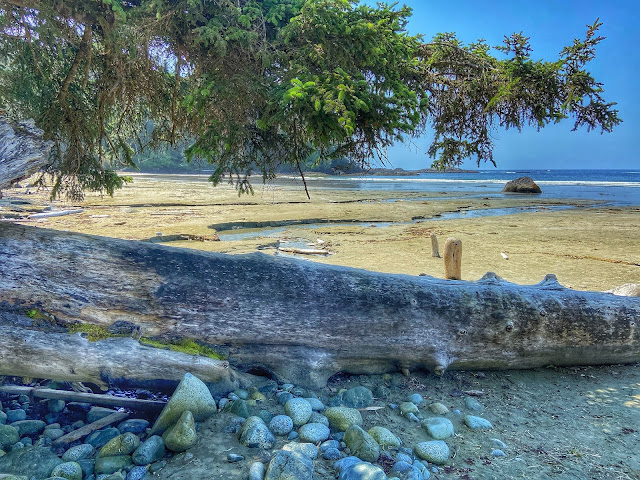 Bear in mind there's another trailhead leading to the north end of this beach, though from what we saw it's mostly used by surfers.  The secret is finding a nice log to sit on.
Someone built a driftwood clock. 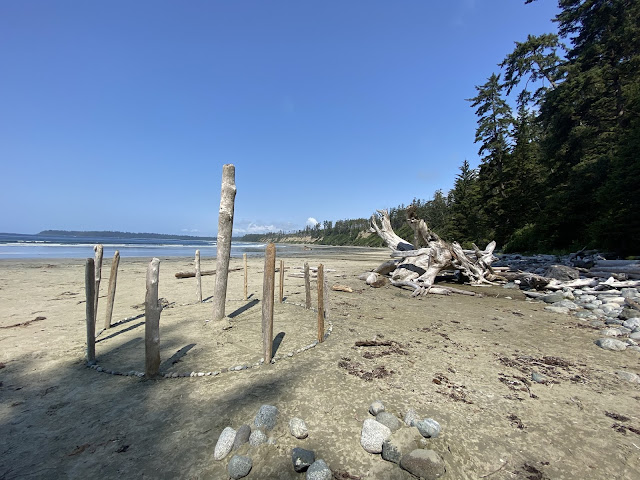 It was so quiet and peaceful we decided to come back for a beach day at the end of the week.  We barely saw anyone for 5 hours and it was warm enough to get in the water.  Just so perfect.  If only I could teleport back there for even 5 minutes. 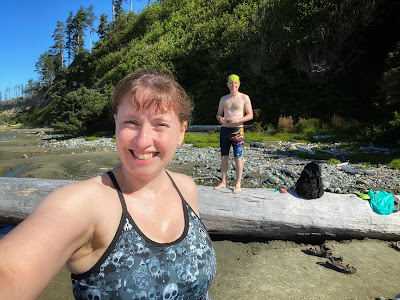 One of the highlights was this fog rolling in later in the afternoon.  Then it rolled right over the trees and disappeared.  Fascinating. 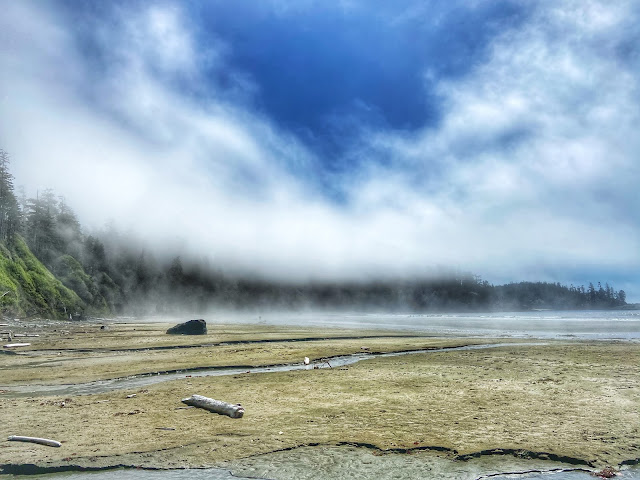 This end of Canada is absolutely beautiful. 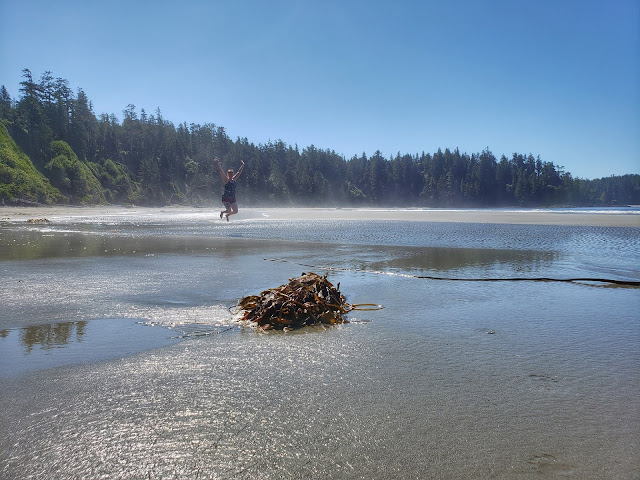