We have already had Groundhog Day (which should clearly be a holiday) and Phil has predicted 6 more weeks of winter followed by "one of the most beautiful and brightest springs you've ever seen".  At this point I trust a groundhog far more than any politician, so thank you for that piece of positivity Phil.  I'll spare you the disturbing picture I found of a groundhog with Phil Kessel's face on it.

What else is going on?  The Pittsburgh Marathon has had to go virtual again in 2021, and for the first time ever I registered for the Half.  That treadmill marathon last year still haunts me.  I'll save my next 26.2 for the streets of the 'Burgh.

Flying Pig is also currently virtual so I'm in for the 5k on that one.  They're hoping to have some kind of in-person event but that could be very limited.

There's a whole bunch of marathons moving to the fall of 2021, including Calgary.  That's something to work towards.  To be honest I'm over virtuals pretty much with the exception of Pig and PGH.  The first in-person event I've registered for is the 9k Calgary Mulligan in May.  I'm looking forward to that.

We have also put down another deposit on kayaks after it all fell through last year.  I have a life jacket and some kind of bailing device in the cupboard and that was all we ended up with.  Here's hoping that works out this time.  It would be lovely to see our scenery in a different way.  Moraine Lake is high up on my list despite the early start to get parked.

I think it's about time we saw some glimmers of hope.  This time last year it was all about to go down so at least we don't have that ahead of us (....enter Godzilla, giant spiders and hurricanes). 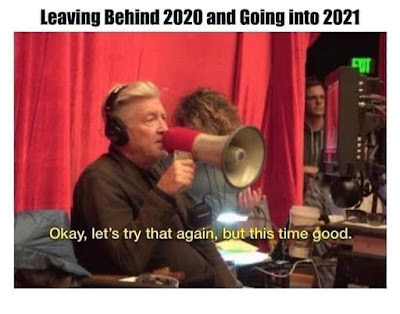