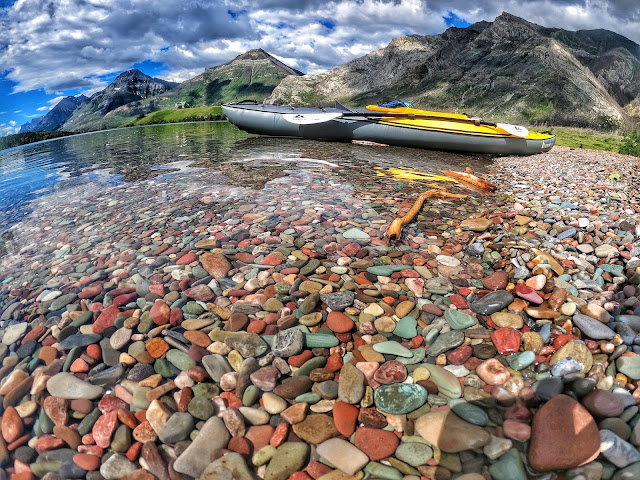 June 25-26, 2021.
The first time we went to Waterton to kayak we were faced with very strong winds both days, so this trip was hopefully a "revenge kayak".  One with actual kayaking this time.  My wind app suggested it would be quite nice with breezes at 9 kmh.
There is a boat inspection station just before the main gate where you have to get things checked out and a permit issued.  That's good for all the lakes in the park.
We put in on the Middle Lake then paddled past the Prince of Wales then south on the Upper Lake. It was quite wavy initially but we found the wind dropped as we went around the hotel. 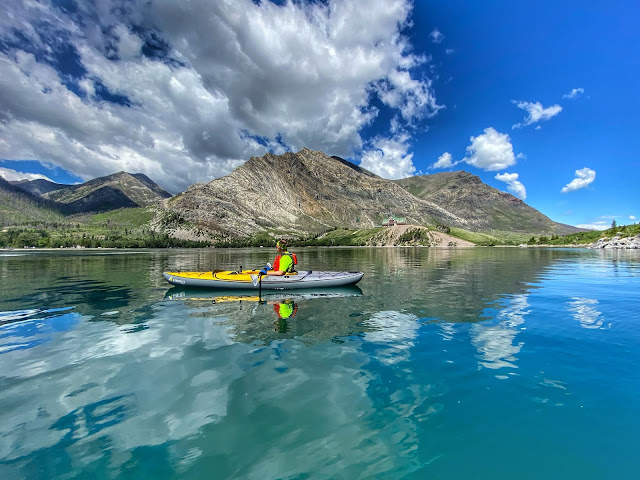 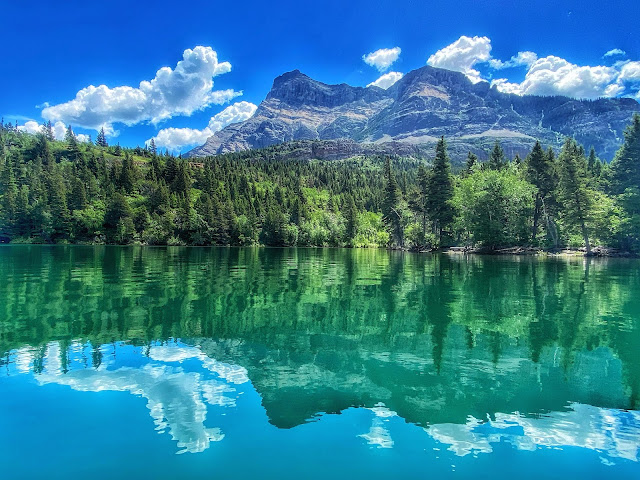 We kept to the east edge, next time we could do the west shore.  That one has a trail running alongside it so we preferred to be away from that. 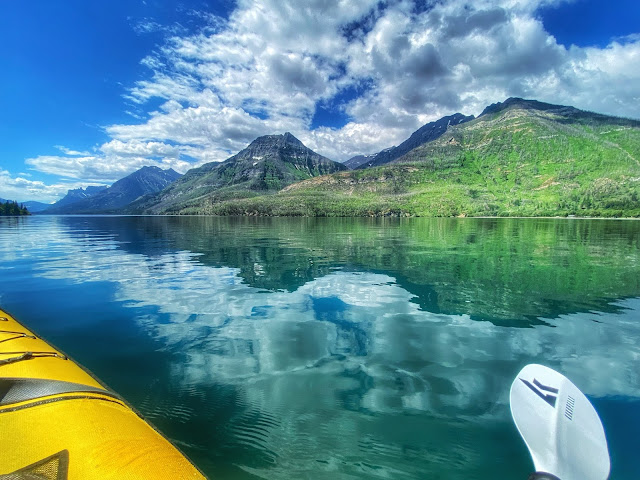 We paddled to the US border where we had a cloudy, windy, wavy hour before the sun came back out and it was still again. 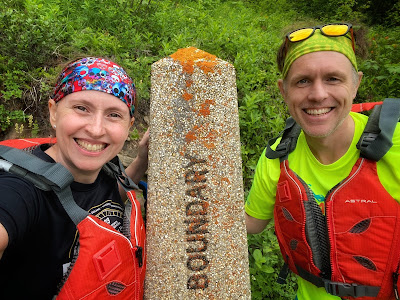 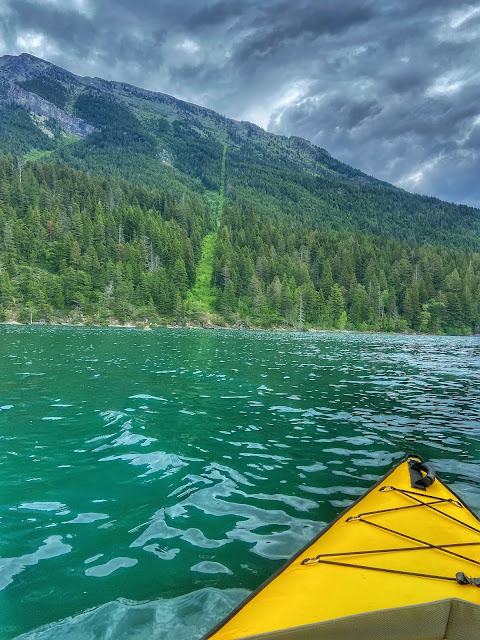 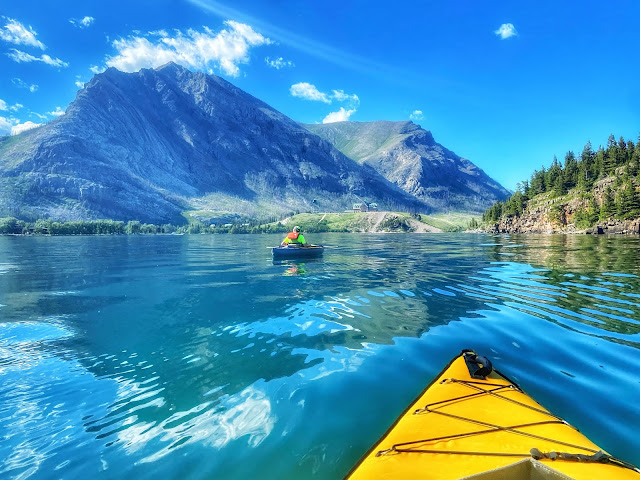 It was a perfect day for weather and lake conditions and one of my absolute favourites so far.  We spent about 7 hours doing 20 kms.  There were various interesting beaches to land on and we passed the Crypt Lake dock, that would be cool to do one day especially with your own boat.
Early the next morning we got up and kayaked Cameron Lake. 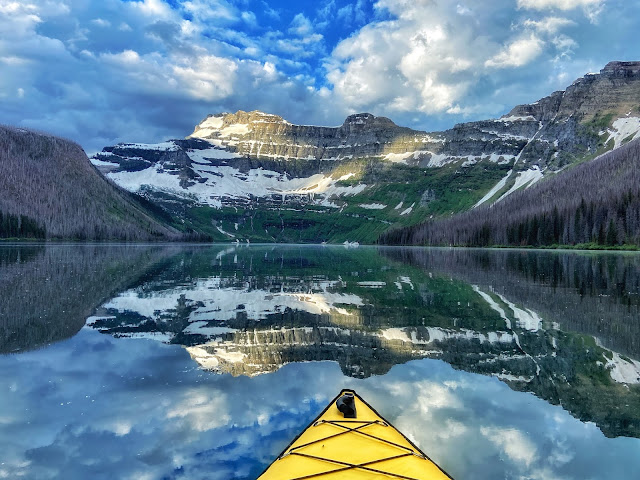 We were the only boats on the lake, it was perfectly still.  We saw eagles both days, they were our only company on Cameron until we found a marmot. 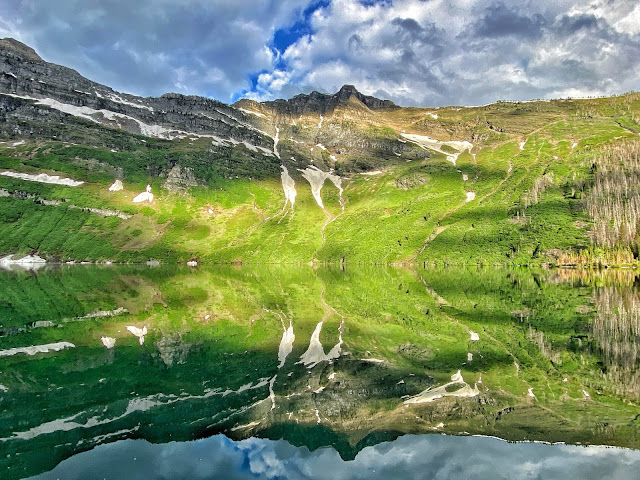 From the far end you don't realize how many waterfalls there are. 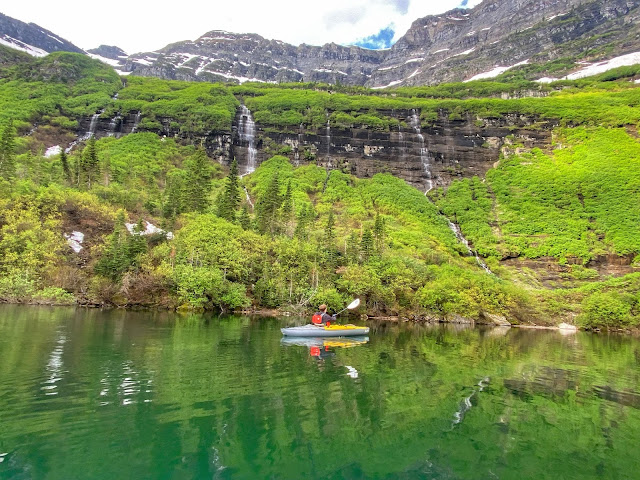 Bonus icebergs!  This part of the lake is technically in America. 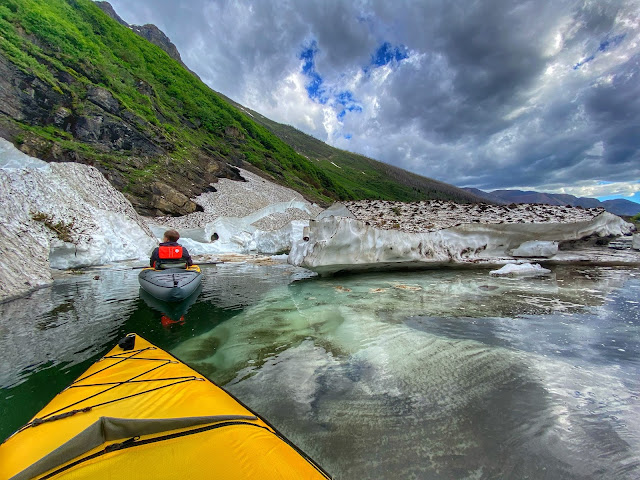