It's the most wonderful time of the year!  We bought a 4 day pass for 2022 and I spent Thursday in a state of great excitement as we were kicking things off with a William Shatner panel.  It was a lovely evening to attend as everything was relatively quiet and uncrowded.  Loads of time to check out the vendor and artist booths. 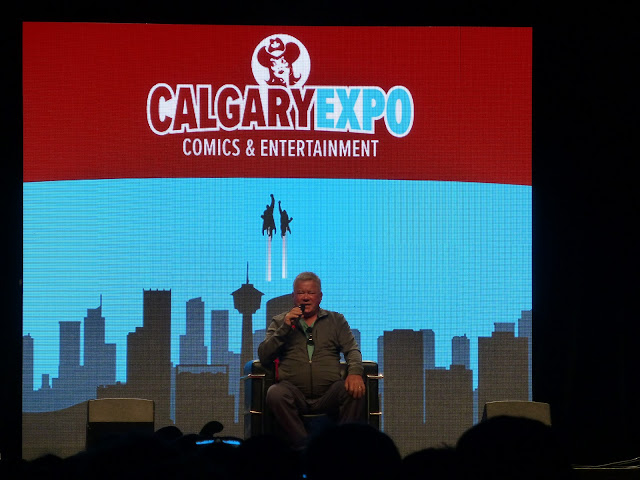 He was fabulous.  At 88 still as funny and charismatic as ever.  Did you know he went into space, wrote a song about it and went diving with sharks recently?
On Friday we had our traditional 'stupid big ass spring bastard snowstorm' and sadly the parade was cancelled.
The celebrity guest list was pretty amazing this year, Sean Astin + 3 hobbits, John Cleese (!) Brendan Fraser, Michael Rooker, Trailer Park Boys, Robert Englund, John DeLancie, Dave Foley, Cobra Kai cast and the Clerks cast - that was what I was really excited about.  I was also excited to see two amazing voice actors Nolan North (Uncharted) and Troy Baker (Last of Us).  There's tons more.  Tons. 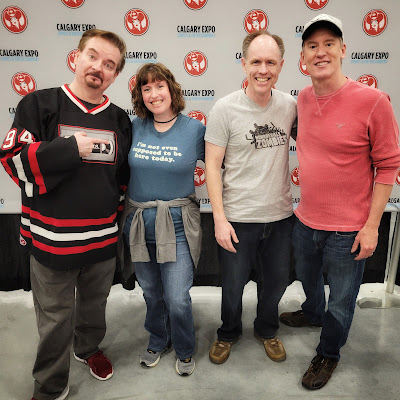 Our first port of call on Friday was to visit Brian and Jeff from Clerks and they really made my weekend.  I watch Clerks and Clerks 2 constantly, far more than is normal.  They were positioned opposite the Hobbits which was funny to me.
Friday night brought our Jay and Bob Show so that ended up being an 11 hour day at the Expo.  It was fantastic, Kevin Smith's flight was late in so we had the pleasure of Jay Mewes and Brian O'Halloran entertaining us before the actual show.  Jay is just a beautiful ball of energy. 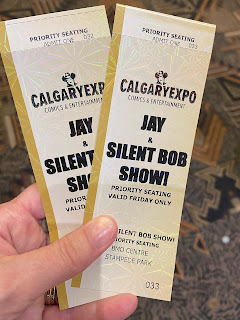 A better picture than any of mine, credit to Calgary Expo: 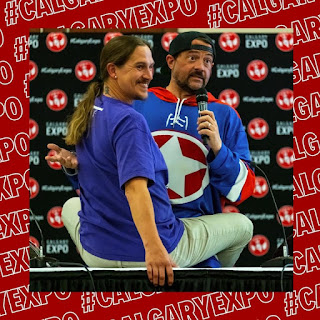 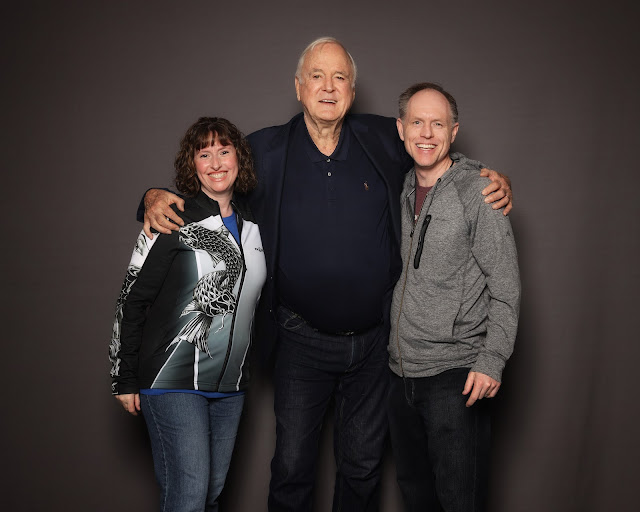 And of course, Clerks.  YES! 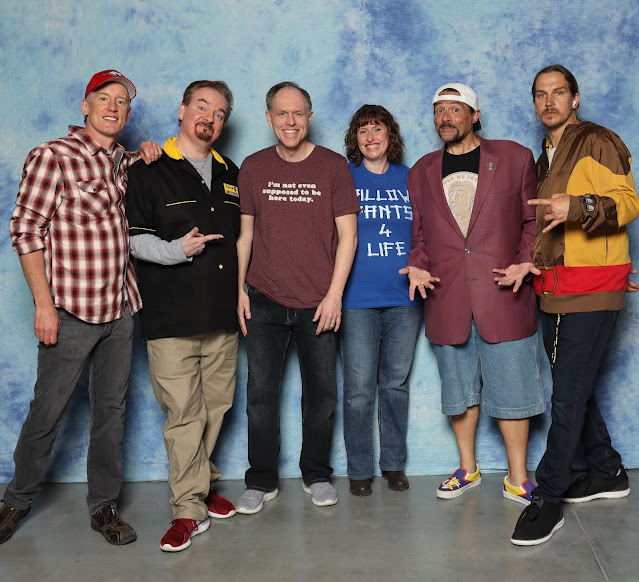 The photo ops are fast, it's not an opportunity to hang out with anyone but I think it's well worth it.  To be fair I did get a hug from Kevin Smith.  That was nice.
The app allows you to schedule events (panels, photo ops) and reminds you of each one in advance otherwise it would be impossible.  Depending on your interest - cosplay, comics, actors, panels, you can plan your day any way you choose.  My plan was apparently to do as much as possible and forget to eat. 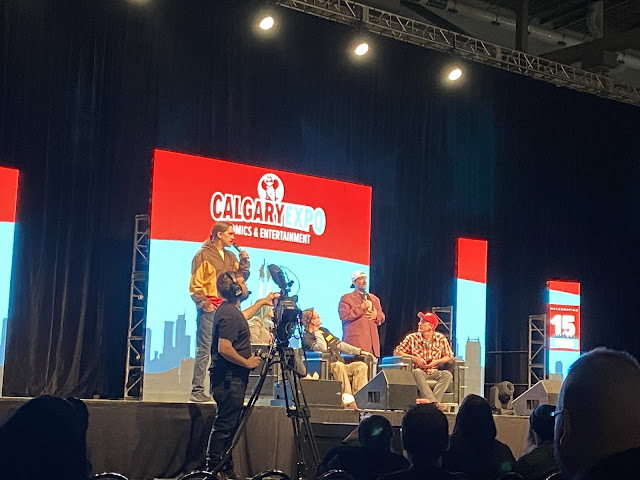 You can also see people at their booths for autographs and selfies or pics, assuming the line is not crazy.  Note: you need cash for this.  The Hobbits had pre-purchase tickets then called up people by number groups so I'm guessing that was a bit of a production line.  If you really want to meet someone or get a photo, it is worth considering the professional photo ops.  In 2019 I booked one with Corey Feldman so I didn't wait in his 5 hour line.  If I had waited I would have missed his panel with The Goonies and hours of other stuff.
This guy is a treat. 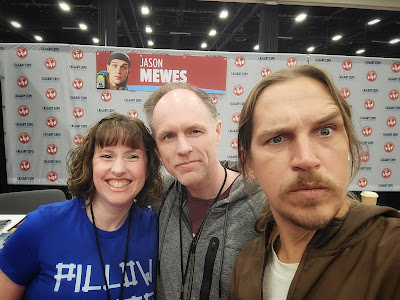 One of our photo ops conflicted with Dave Foley's panel (boo) so we went to see him at his booth the previous day.  Kids in the Hall is back this month! 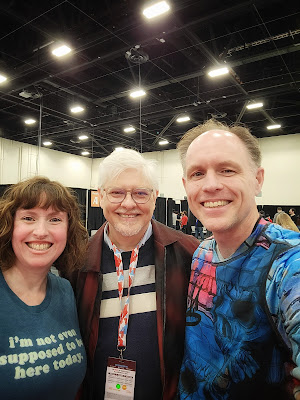 This is Drake from Uncharted.  The second funniest panel of the weekend (because John Cleese).  What a talented actor Nolan North is, his demonstration of cat sounds sealed the deal.  Finding out about the process of creating video games is absolutely fascinating to me. 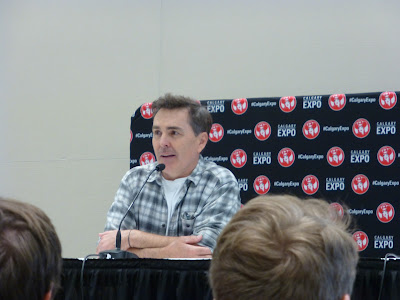 We only lined up for one autograph all weekend, and that was from Mr Troy Baker.  It's strange meeting a voice actor when you're so used to the 'game version' of them.  He quite rightly always had huge line ups and Sunday was our last chance to see him. 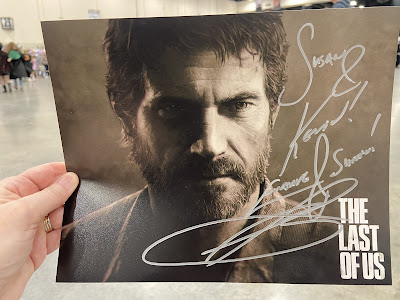 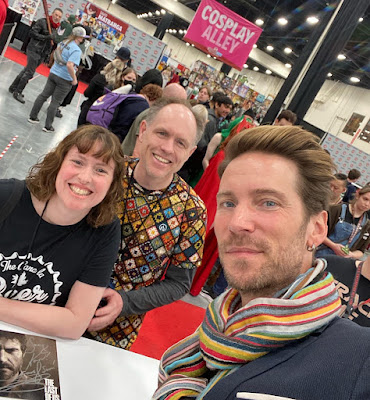 The previous night we drove home past a Last of Us set (HBO adaptation of the game), so this was all very entertaining.  I told the set people we had 'the real Joel' right here with us down the road.  Sorry Pedro. 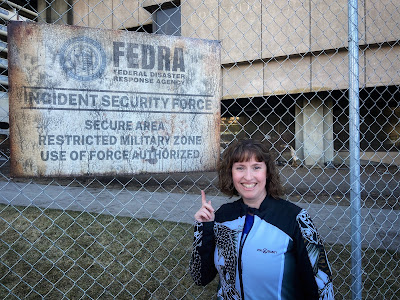 It was truly a magnificent weekend, so many vendors, so much cosplay, panels, guests, photos!  Despite being exhausted I was so sad when it was over.  I haven't posted the amazing cosplay photos, you can see them over on the Calgary Expo FB page. 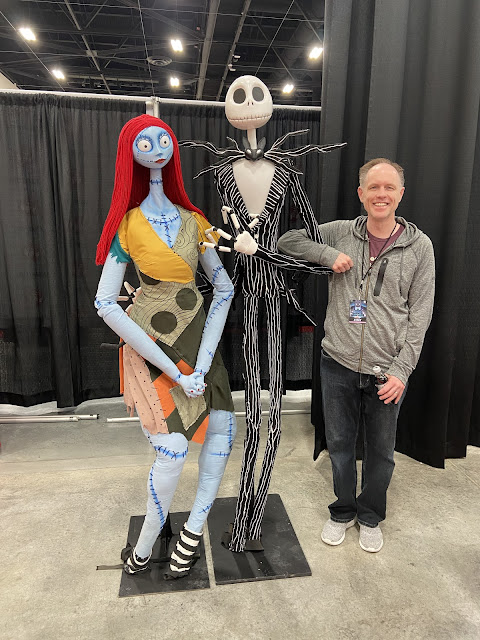 Look at all this beautiful art. 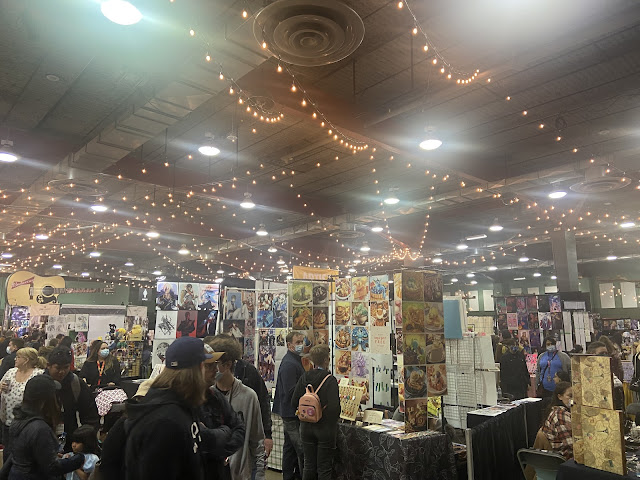 Well we had to, didn't we?  Pure Canadian culture.  What a fucking cool thing to have right here in our city. 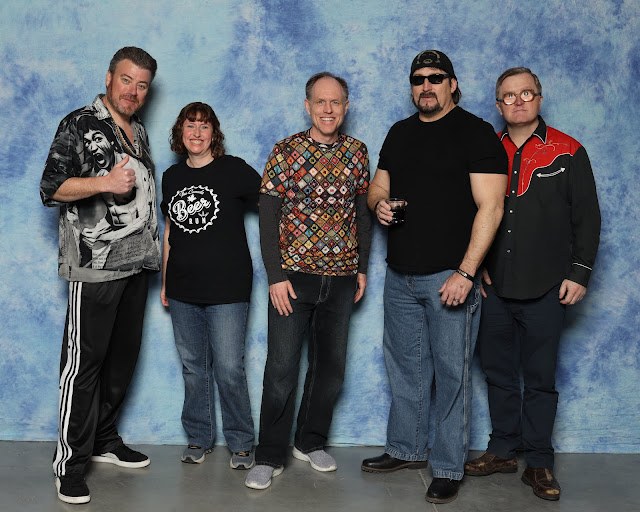