We were primarily going to Edmonton to see Trevor Fehrman (Clerks II) who was unable to make Calgary so when the entire Clerks cast cancelled, so did we.  But then they came back (yay), minus Kevin Smith who is off promoting Clerks III, so here we be.  (Dave Foley cancelled after I made this, am I redoing it - no). 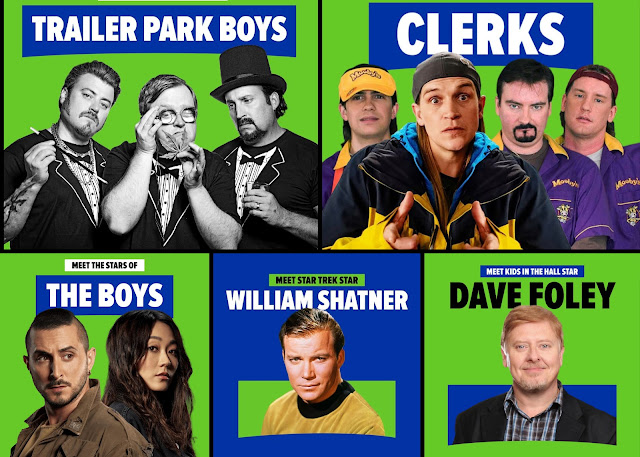 This is not the entire celeb line up, just my highlights.  I was really impressed with what they put together after so many guests cancelled.  The Boys in particular was a great add.  We started watching it after Brandon Routh said it was horrible and offensive at the '21 Calgary Expo.
Our first 'thing' was a Clerks Trio photo op.  I can't accurately describe how much happiness this brought me.  Hugging Trevor Fehrman put it all the way off the charts.  One of the things I can't say enough is just how damn nice these people are. This brought even more happy.  I wanted the T crossover, so again here we are. Later on we had the great pleasure of a William Shatner panel.  (An actual arena in the expo centre?  Brilliant.)  We have now seen three of his panels this year and I can tell you I would go daily if I could.  The captain is a magnificent and interesting story teller. 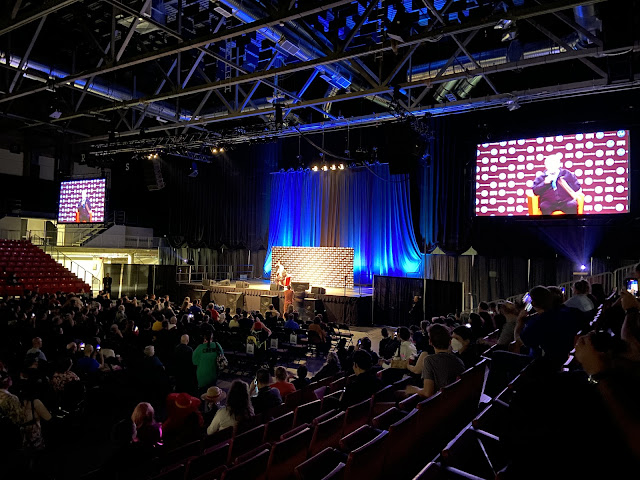 Image credit Edmonton Expo
After all the online complaining I was surprised at the large number of vendors, cosplayers and attendees on Friday (it was even busier on Sat).  It was fantastic.  There was also a food court with seating in the Expo centre, another bonus.  The Calgary location is undergoing multi year construction work but Edmonton easily won as far as layout, food and seating choices go this year. 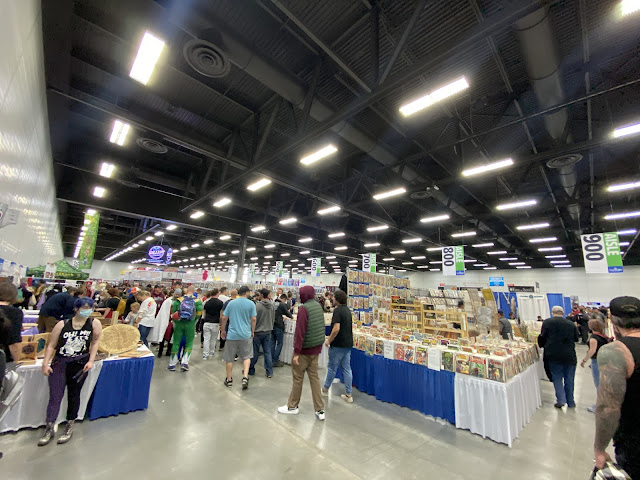 Saturday would be our last day since we had to get back to Calgary.  We arrived to see David Hayter's panel which was excellent, and boy were there a lot of passionate fans at it.  David is Solid Snake in Metal Gear Solid and he wrote the screenplays for X-Men and Watchmen.  Crazy talented.
There's always time to see Mr Dante. 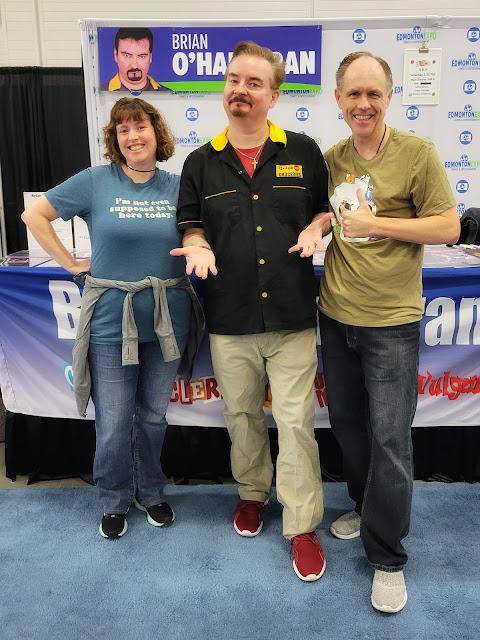 The Clerks panel was one of the best I've ever seen, great questions from the audience - clearly all fans.  Of course none of us had seen Clerks III yet so that did limit some of the discussion.  It came out the week after the Expo in Alberta. 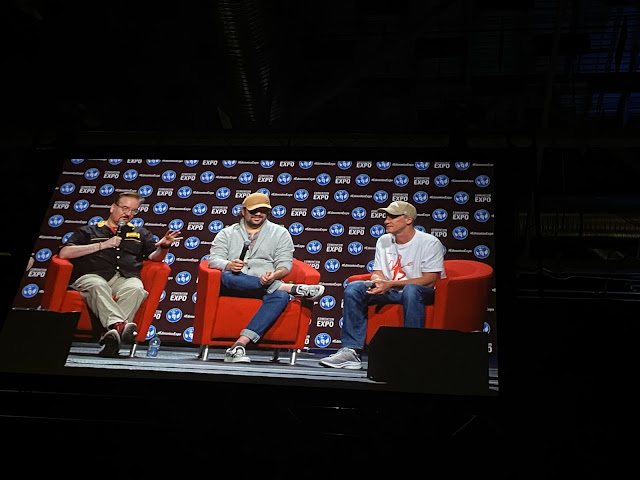 There were other fun things to do (hello TARDIS) and the level of cosplay was frankly exceptional.  We missed some great stuff on the Sunday, to really enjoy the event fully a 3 day pass is what you want around your neck.
Thank you Edmonton!
I'd like to add a little bit of a shoutout to Dangerous Damsels for having my favourite booth.  I've been converted into a person who needs various bags of shapes/sizes thanks to them. 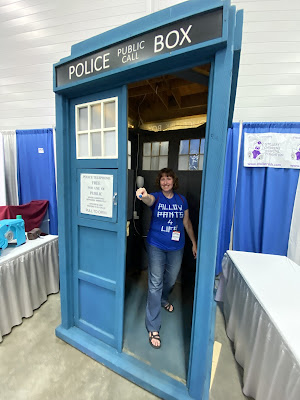 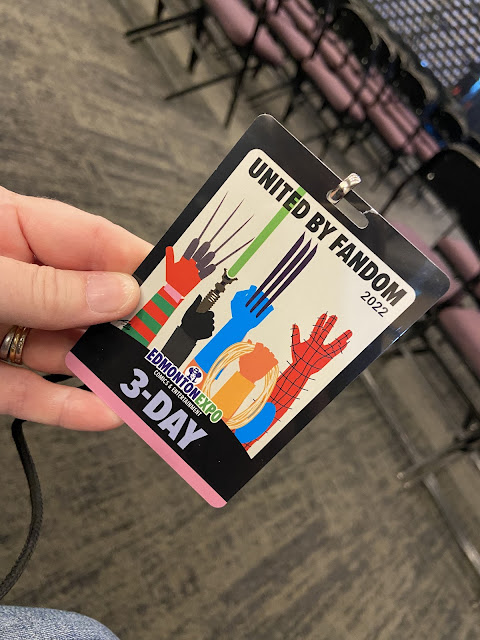