Back in September a little package of goodies arrived. 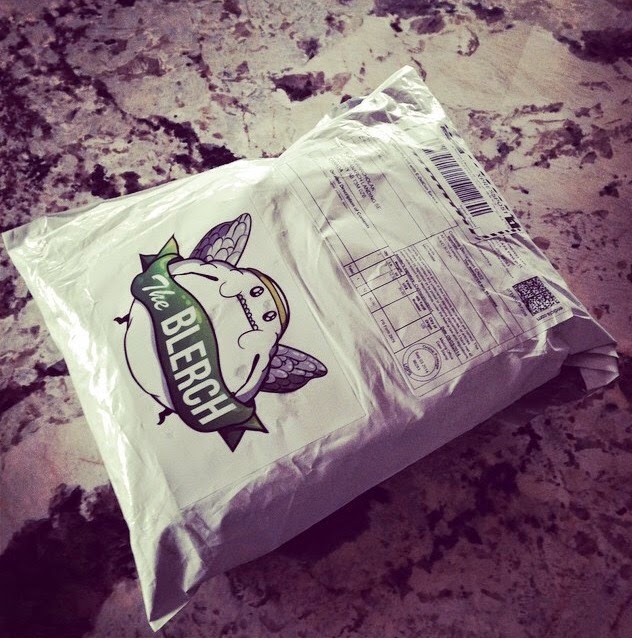 Then other stuff happened; other races, Maui, injury.  Finally last weekend we got around to the race.  It was modified a great deal, I ran most of it on the treadmill as I've only just started to run again at all (BTW yay I'm running!) 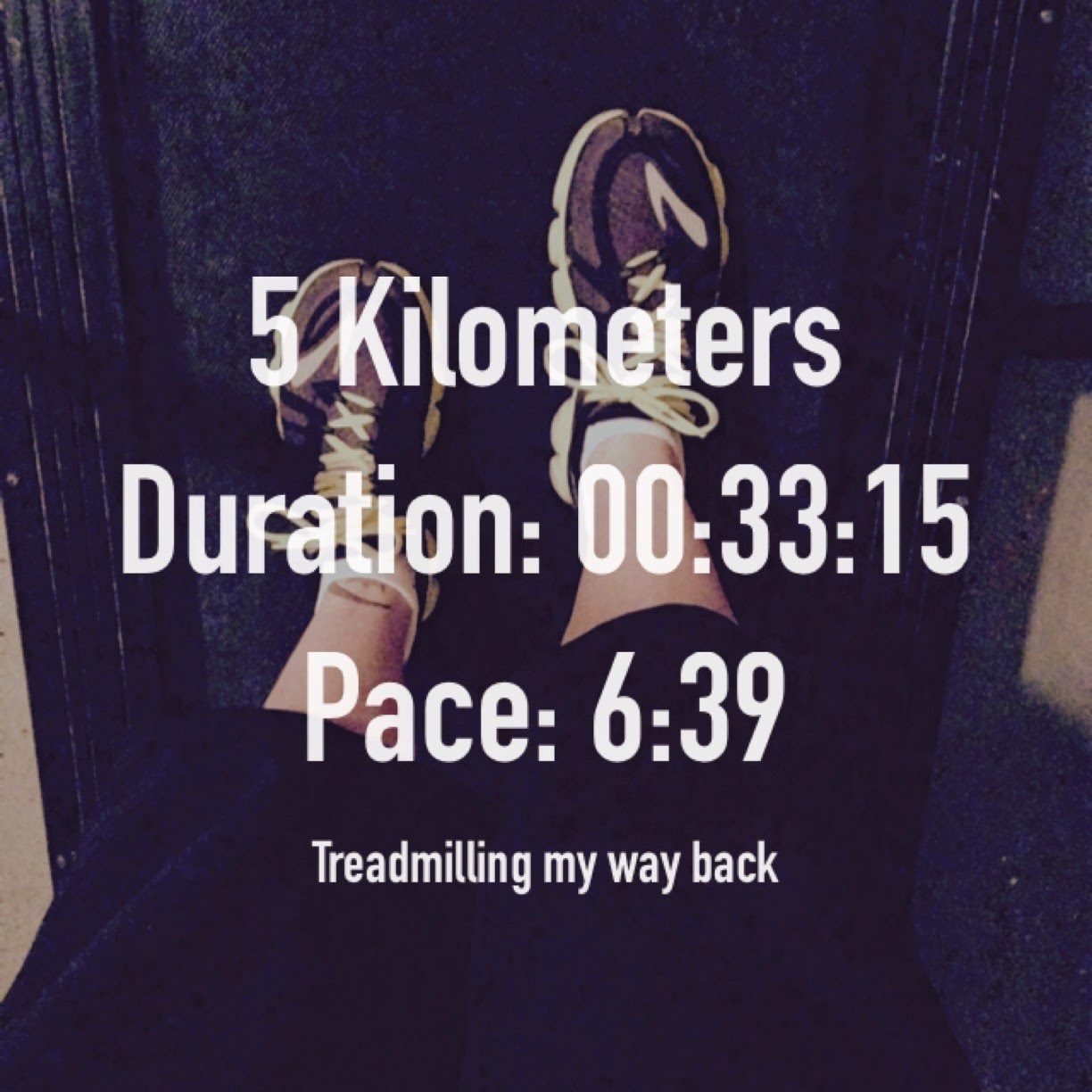 We packed up our essential race items and off we went.  I had a laser appointment so after it we parked at the nearest green space which happened to be Edworthy Park. 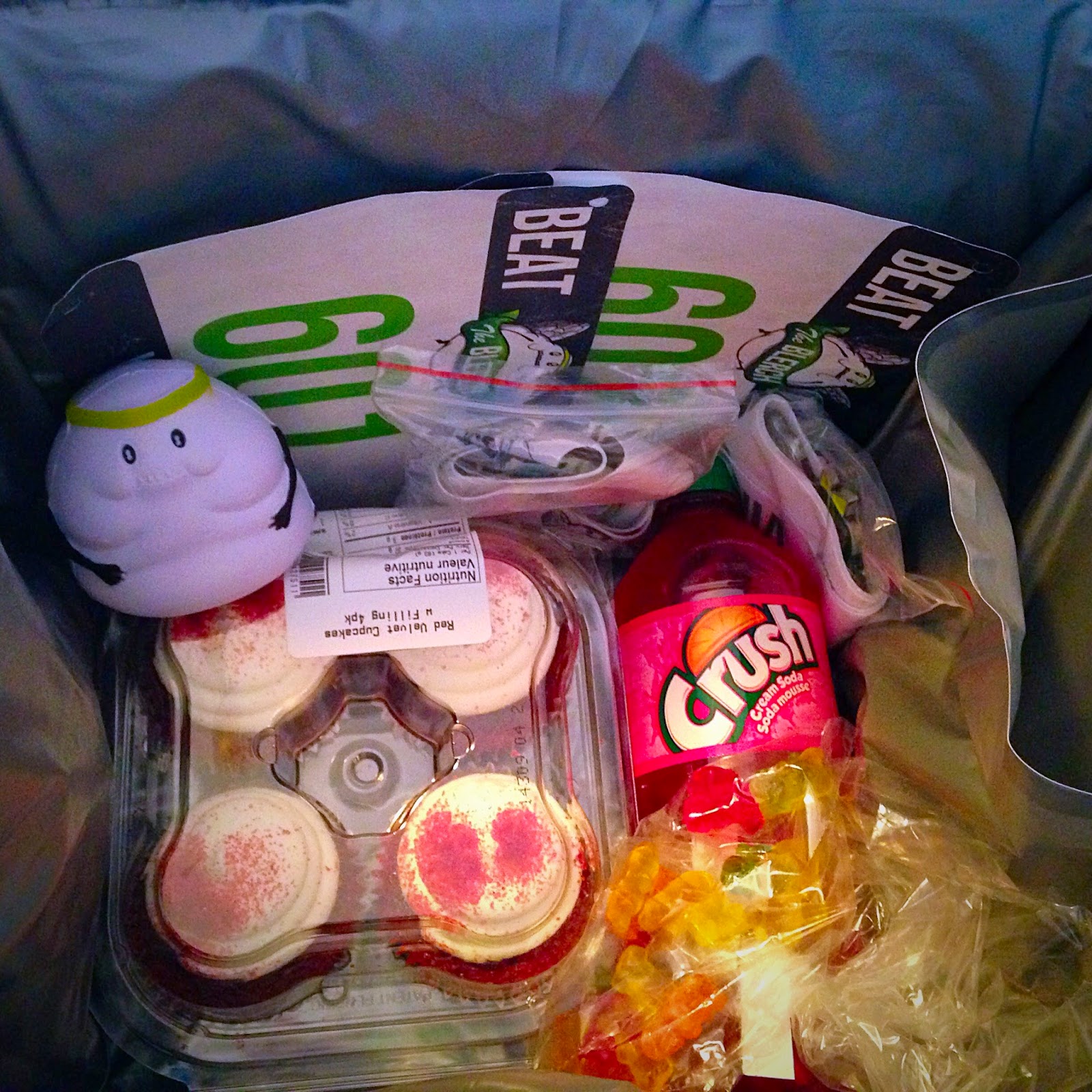 We parked on the other side of the tracks (and got delayed by a train). 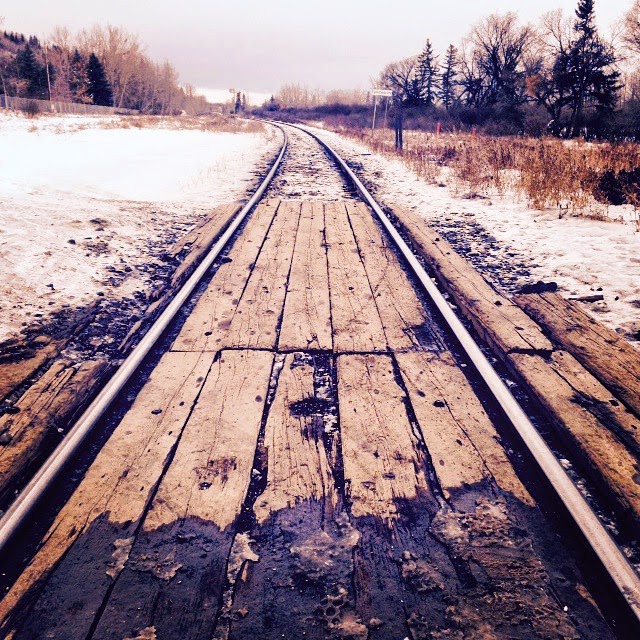 I struggled a lot with stiff bits and achy bits and pissed off bits but it was beautiful outside.  I sent Kev off to do a decent run while I inched back to the car photographing things.  A duck followed me up the partly frozen river. 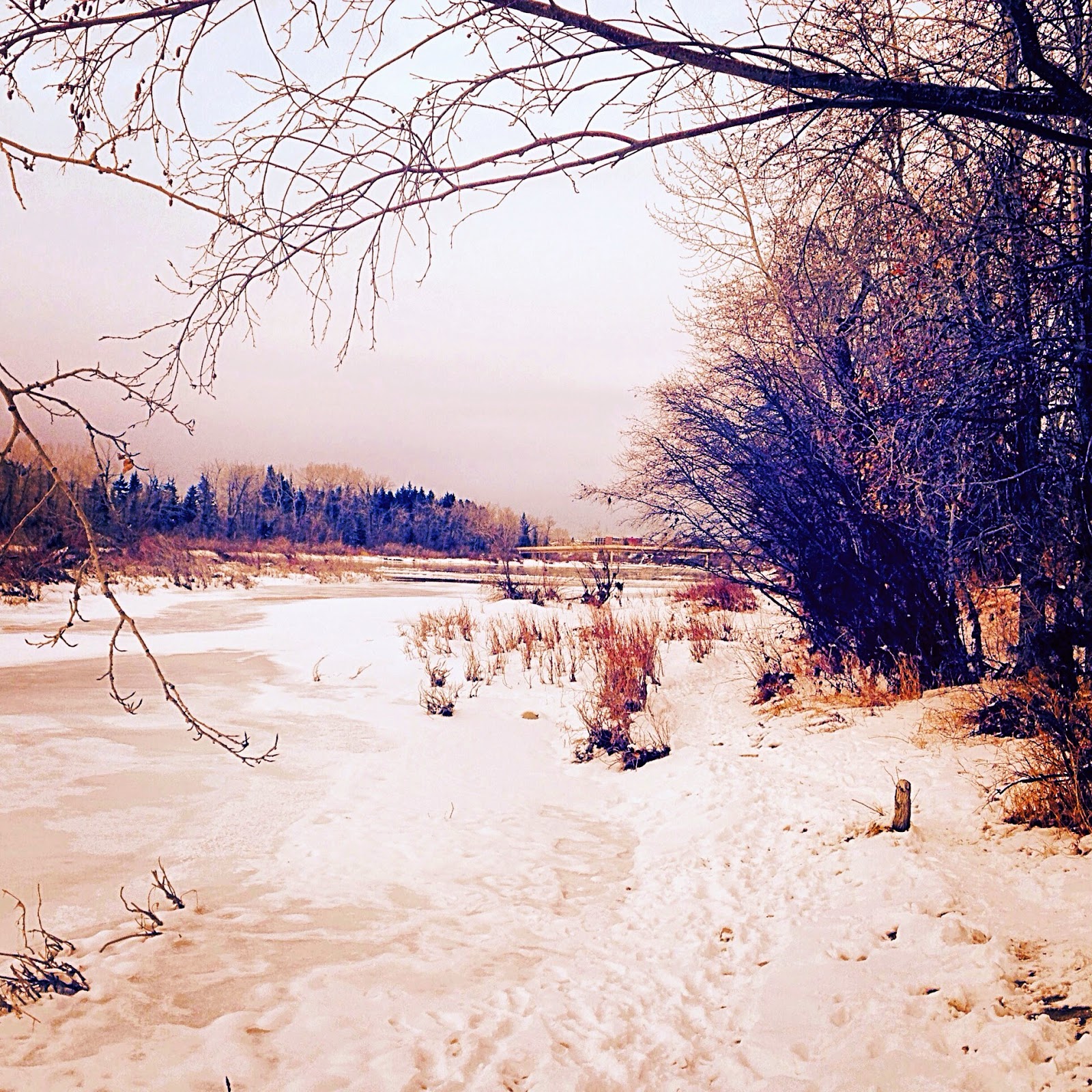 We decided cupcakes were more important than completing a traditional race distance (10k was out of the question for me today) so the day became more of a celebration of getting back out there.


I had fun, the fresh air was wonderful and my Chinook headache vanished before it properly began.  Ah running how I've missed you.  At the end we had cupcakes and fizzy drinks.  I got red velvet crumbs all over myself and the car.  Awesome. 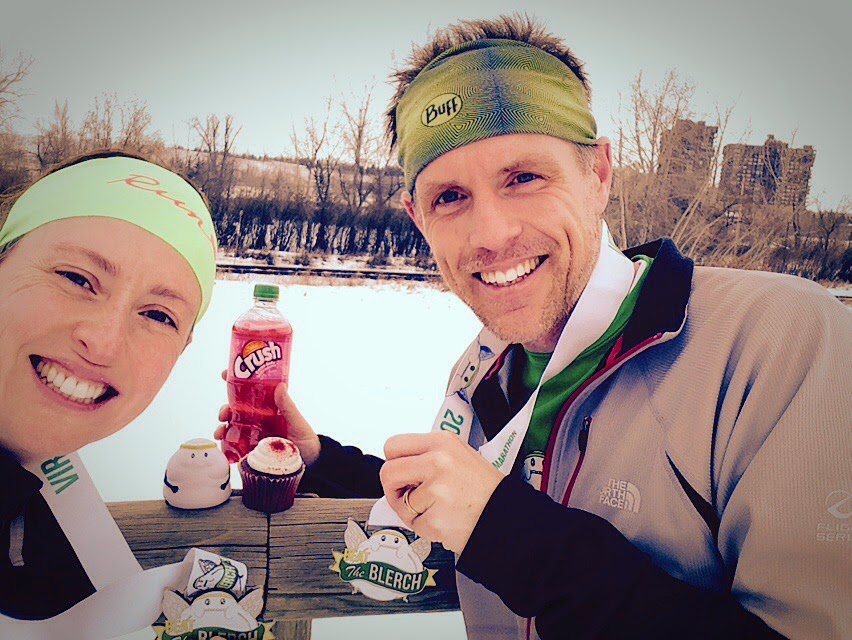 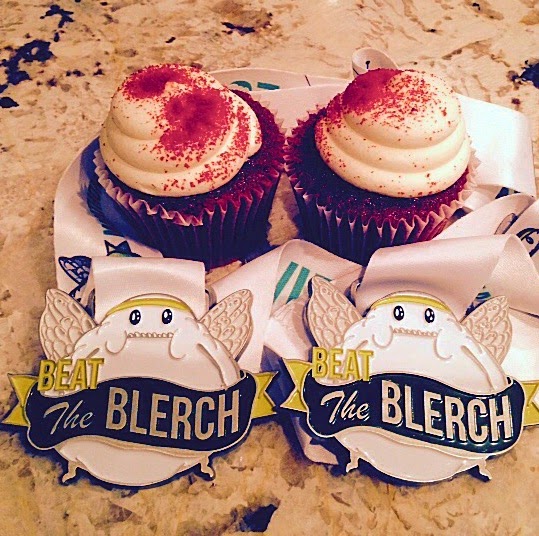 This weekend I managed 10k on the treadmill with far less pain.  Things are looking up!
Labels: Beat the Blerch cupcakes virtual race winter running