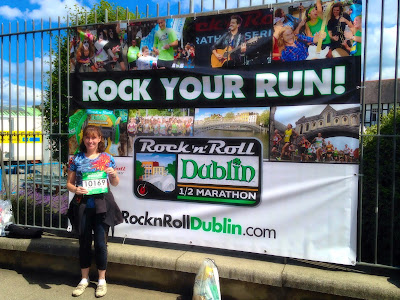 Getting to the Expo was a huge pain for us.  We had to either take the LUAS or walk (we walked) then take the DART then walk some more (on the way back we caught a bus then walked a bunch more).  It basically took half the day and since we had limited time we would much rather have been seeing Dublin.  From my North American perspective and previous RnR experience there wasn't much there.  I saw cupcakes, scientologists, a couple of sports places and CEP.  I believe expos are unusual in the UK and Ireland so from that viewpoint they did a good job pulling it together.

There were no guitar pins (which I've been picking up for each RnR I do) boo!  The hats and race tech shirts weren't Brooks.  Yes I'm a princess.  Yes I love Brooks.  The race tech however was gorgeous and I will definitely wear it.

First we ran the Half! 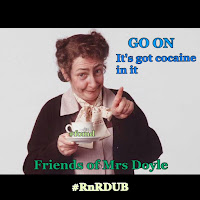 After dragging myself off the lawn I found Kevin and the rest of the Friends of Mrs Doyle.

There was time for a few pics then we were off.  This is when the rain finally got started. 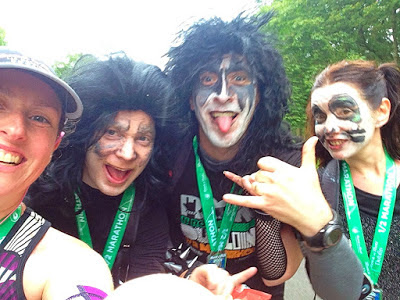 KISS were right behind us, it was brilliant!  Here be my KISS-selfie.  Now let me just mention that right from the start Connie set off at a sprint and we didn't see her until the end. 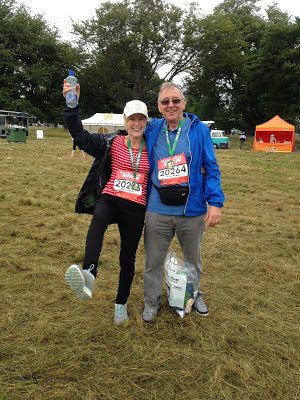 
The medals were crazy good!

We had the best day.

Finally I met up with Renee who I had been missing all weekend.  Hurrahhhh!!  She is also a Rock n Blogger and she's awesome! 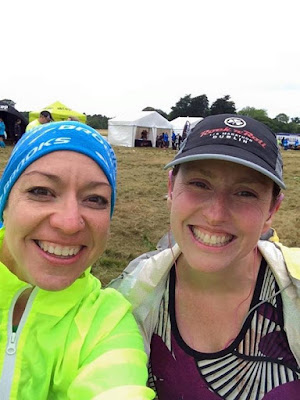 We picked up our World Rocker medals (for running in 2 different countries - America & Ireland) then lined up for the shuttles back into town.  RnR did an awesome job with these as they ran well past the time they were supposed to until we were all shipped back.  There was even a water and crisp station next to the lineup.
Our bus contained; batman, wonder woman, superman, singing people, clinking medals and a whole ton of happy.   ﻿ 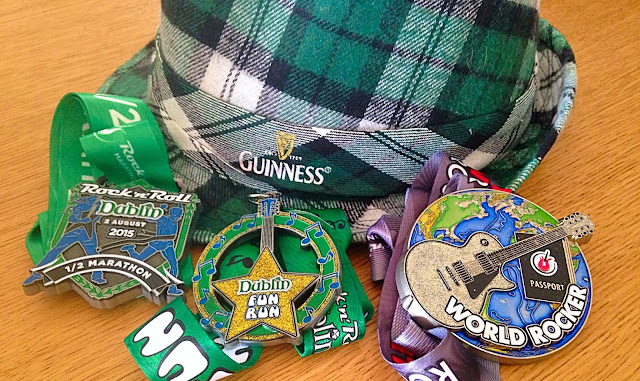 Next up (in case you were wondering) was an Irish brek followed by a night in Madigan's.  Dublin really is a great city to visit.
Labels: bling expo fun run RnR Rock n Blog Rock n Roll Dublin