If you would like to make a race more challenging I highly recommend drinking excessively the previous evening.  Getting up and dressed at 6 am in the dark with a hangover will be a real treat.

We stayed in downtown Pittsburgh the night before the race so travel to the North Shore was easy.  There was a T station about 1 block from us and surprisingly it was a nice warm morning.  I was a little alarmed about being the only people in the station but a train appeared and we got on (shockingly going the right way) and were soon greeted by music and runners at PNC. 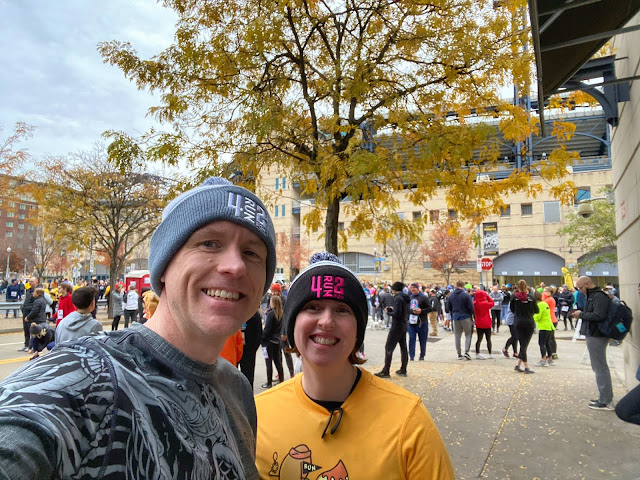 At several points on this trip I had to just stop and take a moment to appreciate the normality of everything around me.  This was one of those moments as I stood in the warm morning watching people get ready, chat and generally be happy.  It was beautiful.  It was Pittsburgh.

Nothing beats being surrounded by freshly laundered runners in the morning. 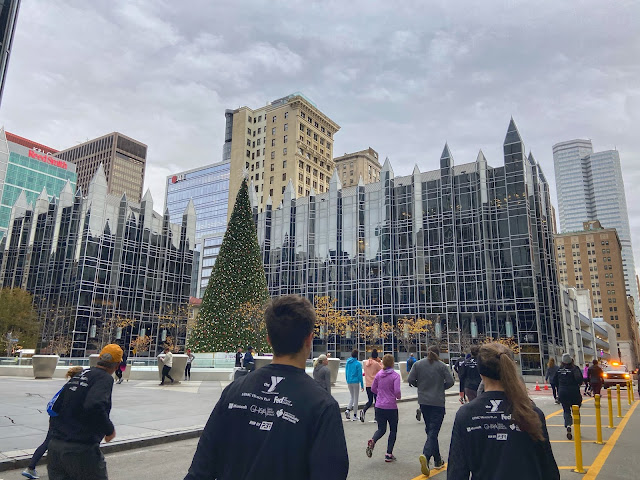 We started out going west from PNC Park then headed across the Warhol, did a loop past the gorgeous tree at PPG Place then came back along the river crossing the Clemente toward the finish outside the park.  It was a perfect 5k course.  A little postcard of Pittsburgh. 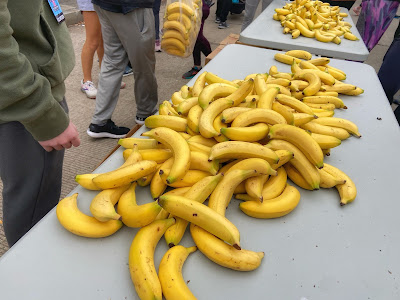 It was far too warm for the hats but people were wearing turkeys on their heads so we dealt. 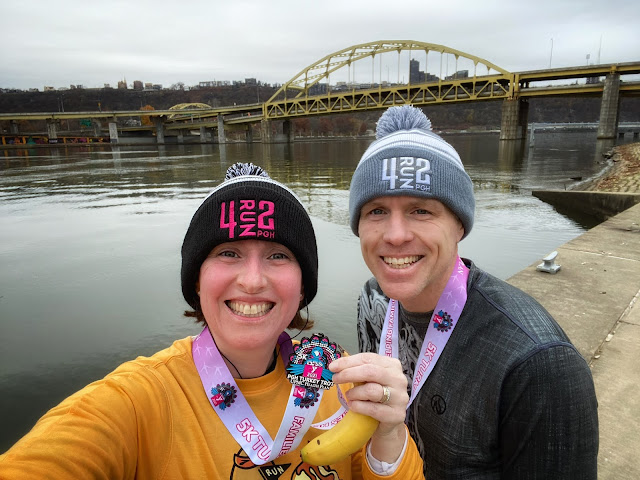 A banana and medals were collected then we went back to the hotel to watch various Thanksgiving Parades on TV.  Later in the day we drove back to Canada in the rain.  Leaving this city just about broke my heart. 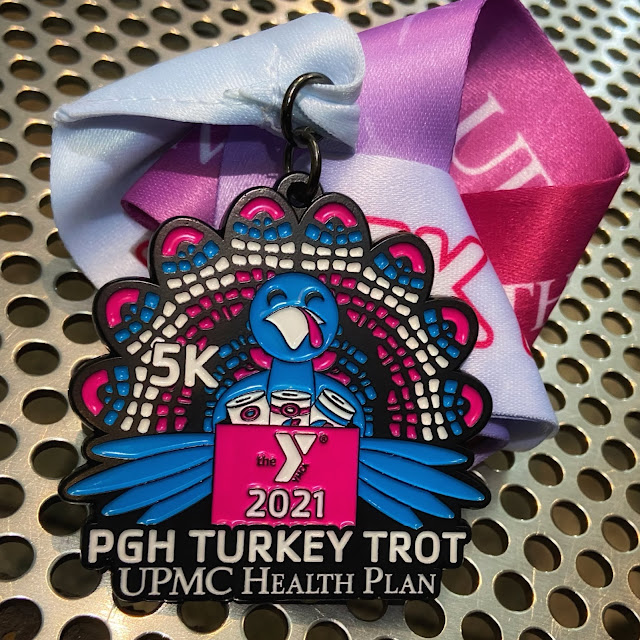