The Last of Us was a bit of a sanity lifeline during the pandemic in our house.  Since the HBO series based on the game was filming in Calgary, I've been privileged to see some of their outstanding sets recently.
The props?  The post apocalyptic landscape?  Oh yes.  It's absolute genius.  Dystopia/apocalypse is 100% my thing.  I also love abandoned places.  Huge respect to everyone involved in this and thank you so so much for bringing it to Calgary.
As far as I can see, the game's Pittsburgh storyline has been relocated to Kansas City.  This is the first set we stumbled across. 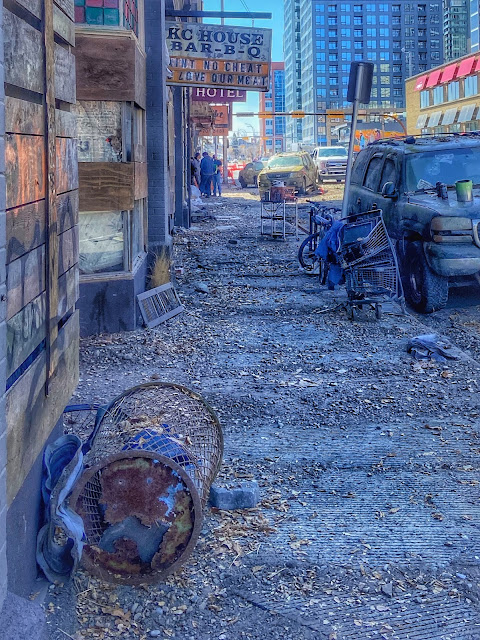 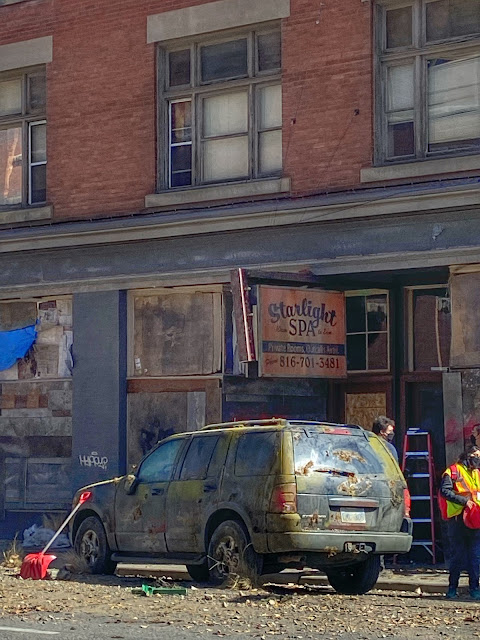 This was all done at the edge of a very busy road.  The details are fantastic.
The FEDRA buildings have been fascinating.  We've seen a couple of different sets along this theme. 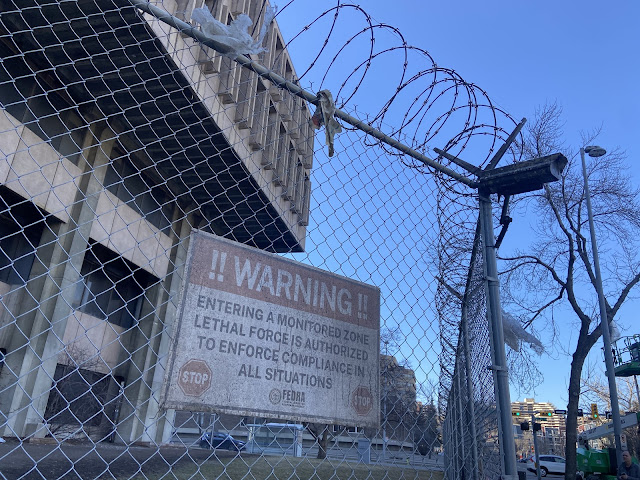 It took us a while to realize the entire front area (the US Post Office) was added onto an existing building here.  At some point during the week it went on fire.  I can't wait to see what was shot. Here's a few of the vehicles from the same area (US Post Office) shoot.  It covered such a large area.  Any day I spotted these on the street was a very happy day indeed. 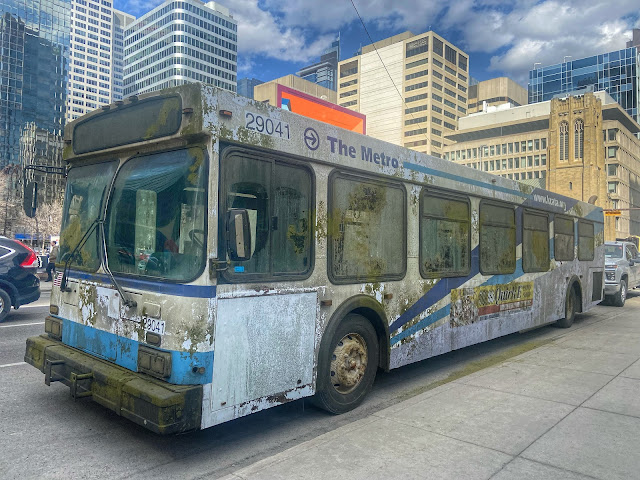 This is my absolute favourite prop ever.  His little face is so sweet.  I would love to know who created this.  I see Bubbles living a post apocalypse existence in a manner similar to the giraffes. I knew they had built a custom set (an entire neighborhood!) at 52nd St but it was totally inaccessible.  I thought we'd only get a slim chance to possibly see it after filming was done and before it was taken down.  And holy shit we timed it just right.   It is beyond glorious.  Can we keep this?  I would like to move in.  Note: no we can't it's already gone. 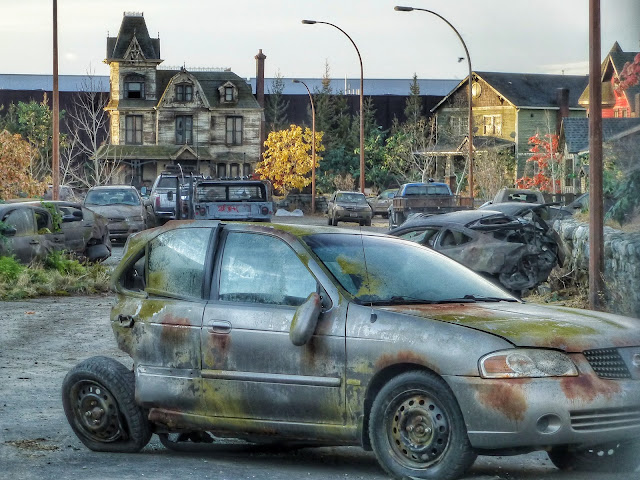 Morning.  It's a beautiful day in the apocalyptic neighborhood.
Let's move west to Utah.  We drove past this spectacularly abandoned traffic on the way home one night, I've never been so excited during a commute.  Then we came back later to take pictures.  Because of course we did. 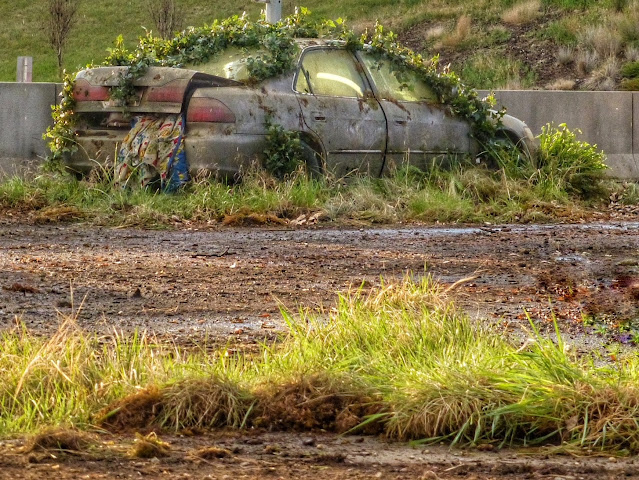 Looking down from Glenmore at the main road gives you an idea of the huge scale of this. (Click to enlarge.)

This is the one I was really hoping for, the entire Salt Lake City part of the game is beautiful and I desperately wanted to see them build the tent area.  Despite booking a vacation in the middle of it, filming was delayed due to rain on this absolute beast and we saw it's final night.  Winning!!  The Utah Field Hospital, built just off 4th Ave downtown.  What a gem. I specifically tried to avoid photos during filming as I was interested in empty finished sets not people.  However this one captured Pedro Pascal (Joel) and Bella Ramsey (Ellie) on the right and their stunt doubles plus a couple of Fireflies on the left. 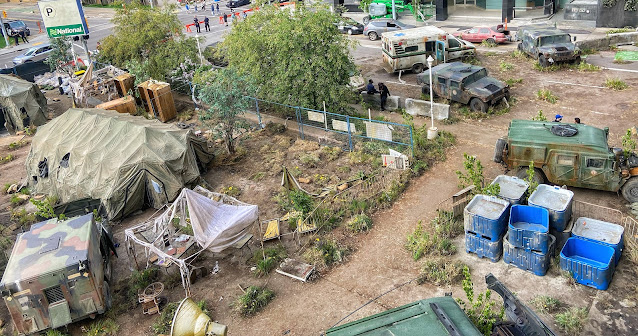 I am so ready to see this show!  It's going to be absolutely amazing.  I believe we have 10 episodes coming early next year (2023).  BRING IT! 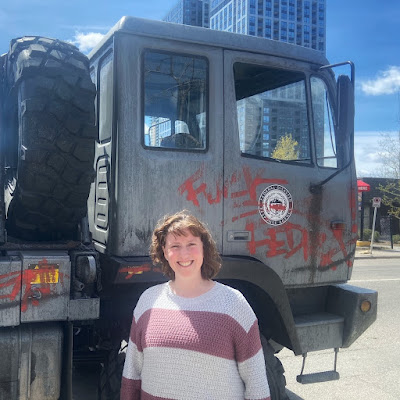