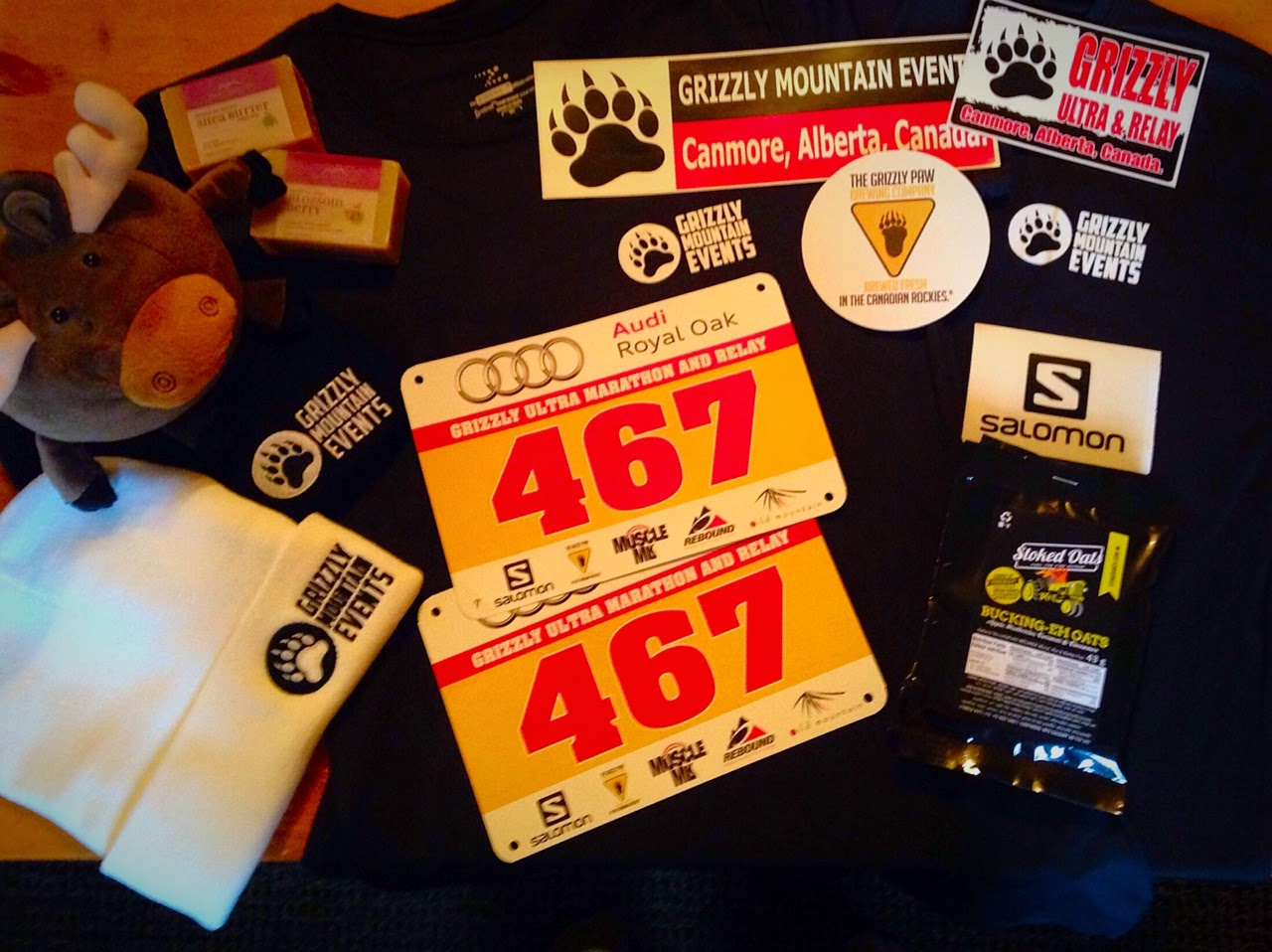 The day before the race we drove up to Canmore to pick up our race packages, everything was pretty well set up when we arrived.  Take a moment to notice the lack of snow!  It was actually quite warm, definitely shorts weather all weekend.  We checked out the 5 leg starts (all immediately uphill).  I was going to run 2 (Cougar) and 4 (Killer Bees) while Kev had 1 (Grey Wolf), 3 (Lynx) and 5 (Coyote).  Intriguing. 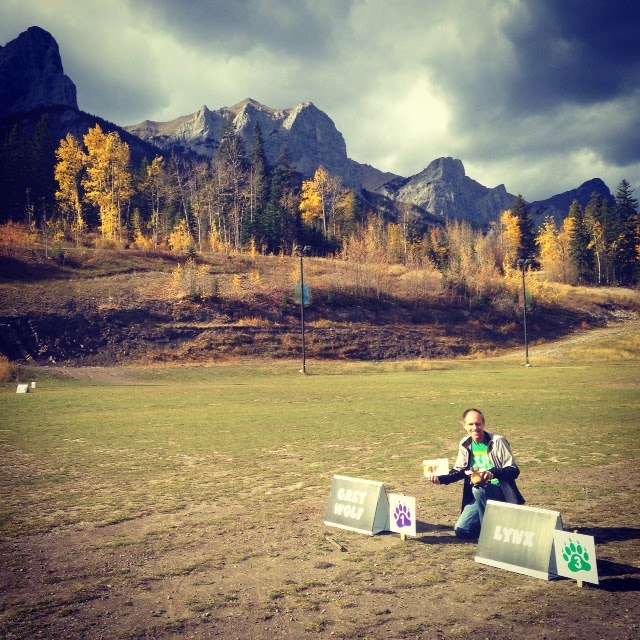 From there we had lunch in busy busy Banff then headed to Lake Louise for a night in Deer Lodge.  I booked the hotel before realizing the Pens were playing the Leafs and forgot there was no TV.  There was a pretty good blow by blow of the game happening via Twitter, do not fear.

Lake Louise was beautiful as always and mobbed as always.  There were a lot of tourists carting around cell phones attached to sticks (say 1m long) from further observation this appeared to be so they could take selfies. I shit you not. 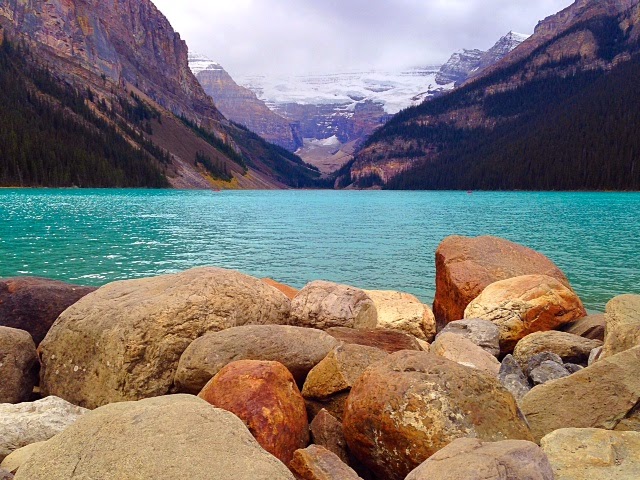 I had to push 3 selfie-stick sporting tourists off the rocks into the lake for this shot :)

The hotel was gorgeous, we had a lovely big room and could hear a river outside the windows.  Remember the piano?  Yes. That.  An individual of great ineptitude started banging away at it right around bedtime (which was early due to an impending 5am alarm call).  When that person had exhausted their repertoire, the occupants of the room above us began crashing around on the ceiling. 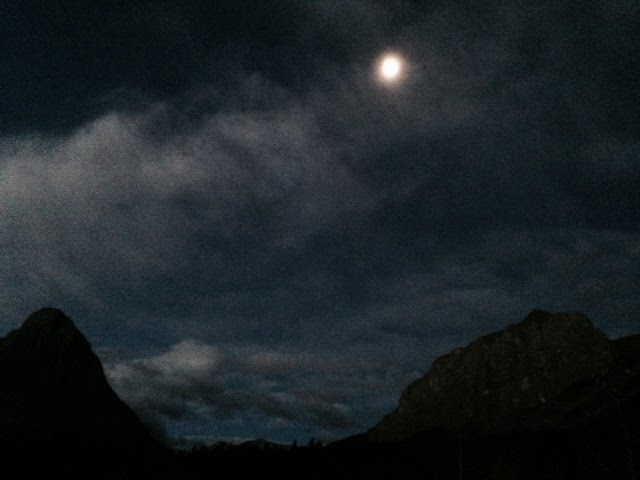 After some vague sleep we checked out and headed for Canmore at 6:15.  A huge owl flew over the car in the pitch dark, Twin Peaks moment.  We had to pick up our timing chip before the race, it only took a couple of minutes then we were able to hang around inside until the pre-race briefing at 8:30.

Kev started us off with leg 1 and our friend Crystal was tackling her third solo ultra, it was awesome seeing them off on the trail! 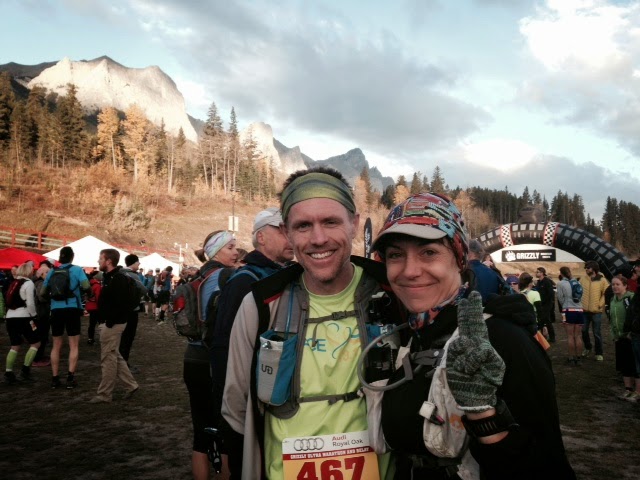 I managed to get up the course a bit before the start so I could watch everyone. 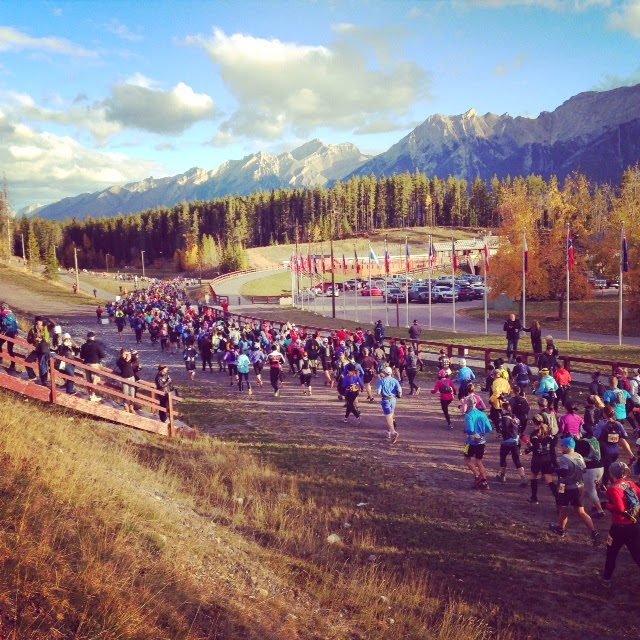 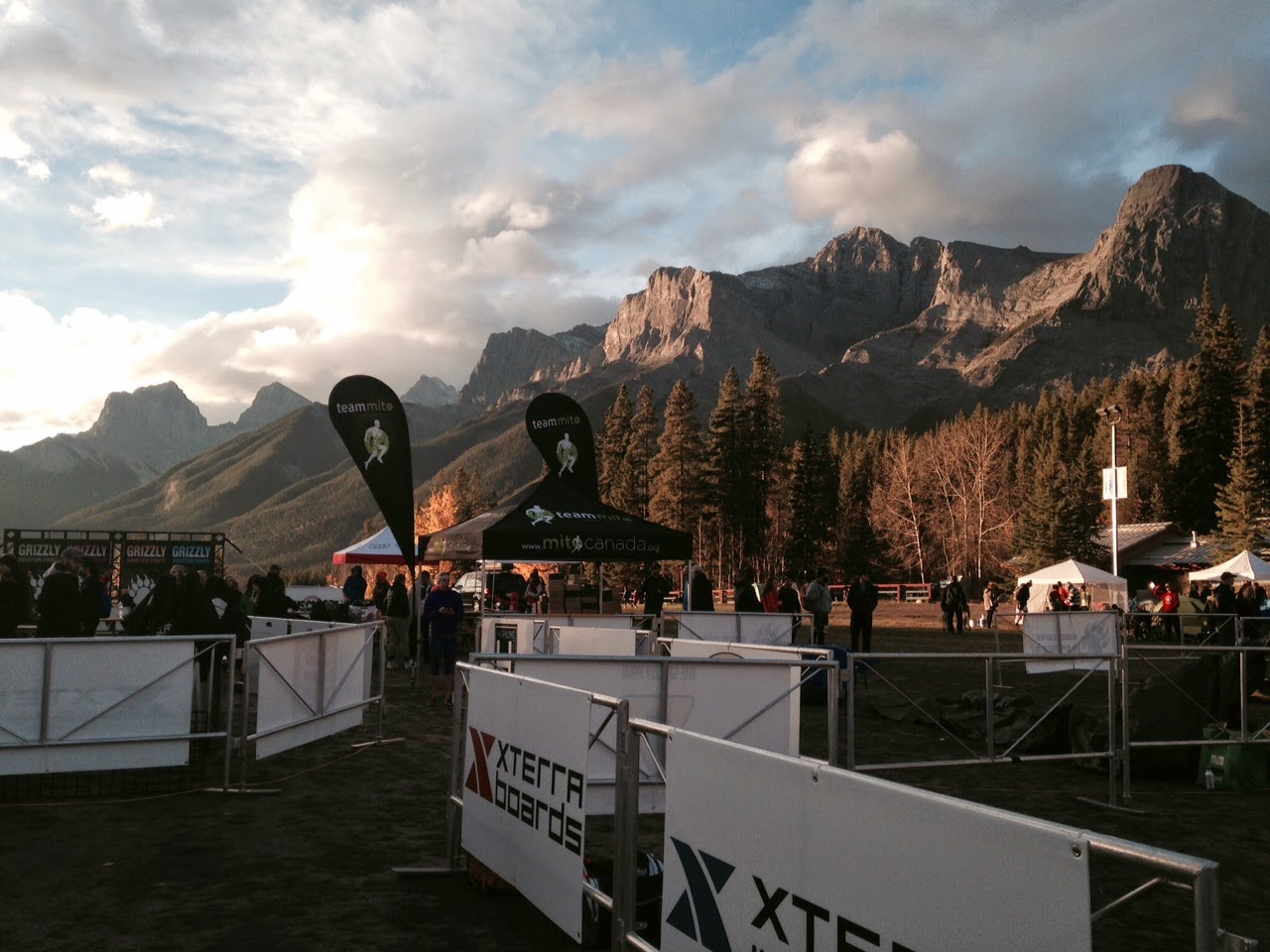 We hung out with Tina & Tara (Team Badass Unicorns) through the day who were also doing the 2 person relay, why do I have no pictures of this?!  Then it was a bit of a wait until Kev sent a text saying he was at 12k.  Yikes.

Kev had run leg 1 rather speedily so I started out with a faster group.  This was awesome as I wanted to see how everyone was tackling the course, where they walked and where they ran.  I ran up the first part of the opening hill then settled into a steady upward hike.  Typically this was how people approached the course, hike the steep uphills and run the downs and flats.  I noticed the particularly impressive people were running the uphills, I want to be them. 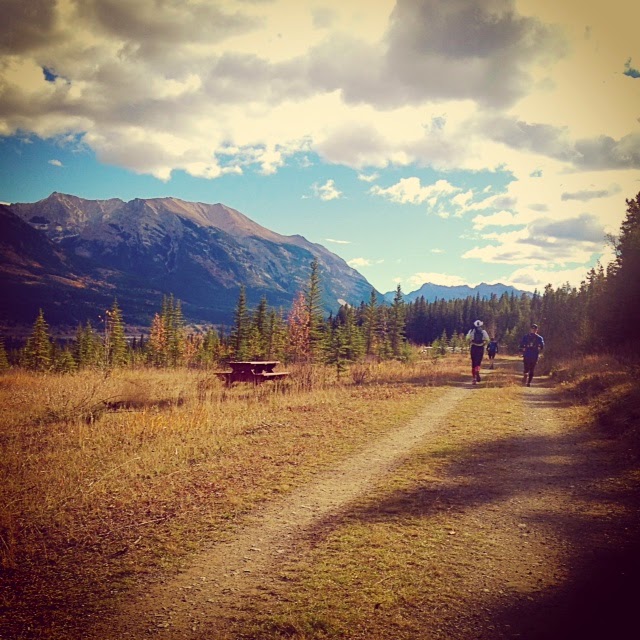 I enjoyed this leg, it had some nice 'runnable' sections, a lot of fun downhills and the uphills were tough but not horrible.  Just as I got really short of breath we'd top out and have a nice downhill ahead.  A couple of times the view just totally opened up across the valley.  See that bench?  Yes please. 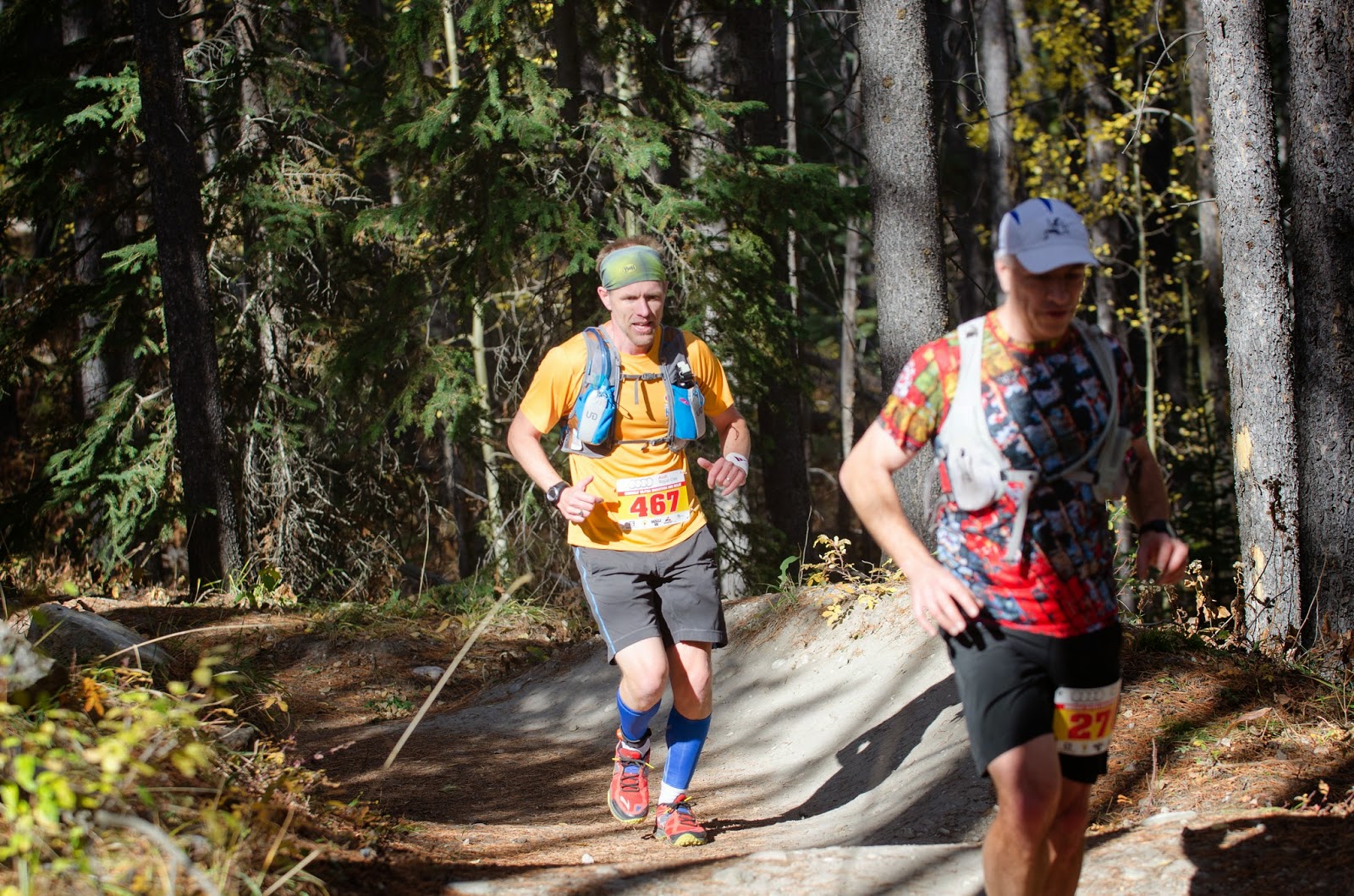 When I finished leg 2 I grabbed grapes and a slice of pound cake, it was very good indeed.  After the start of the immediate uphill on this leg however I got a sharp pain in my side, with all the uphill and heavy breathing I couldn't seem to get rid of it.  Just over 2km was up, up, up, first on a gravel path then switchbacks through the woods.  There was a little production line of panting sweaty runners. 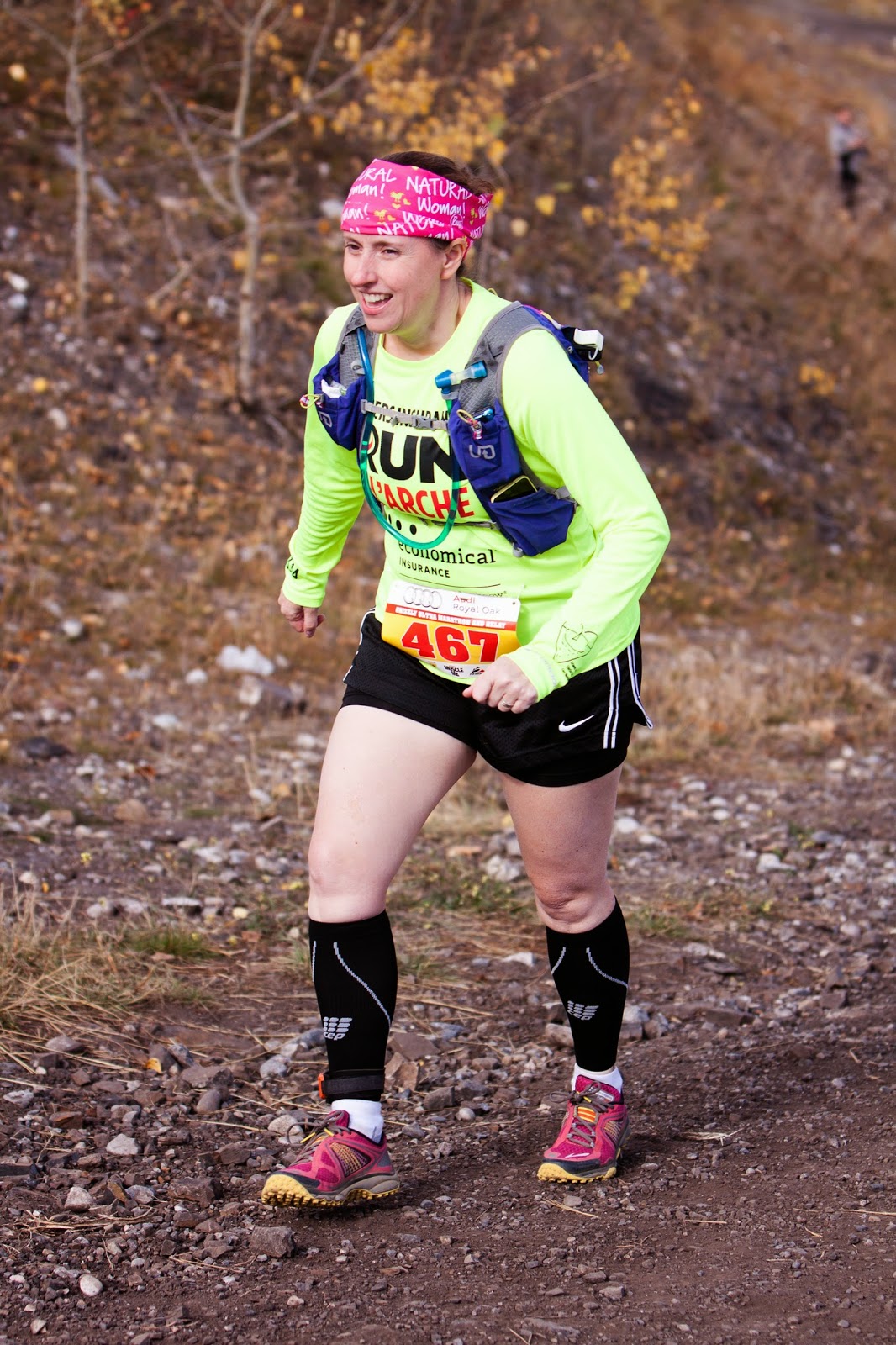 At the top we came out onto single track through the woods, twisting around and through the bike trails before descending again to the finish.  We were in the woods the entire time, there were no views despite the climb.  I think the big uphill knocked me on my ass as I was basically pissed off.  I was also very very slow.

I was knackered and miserable at the end of my leg and this little girl leaned right across the barrier for a high 5, bless her.  Made me laugh.  Don't ask me why my eyes are shut. 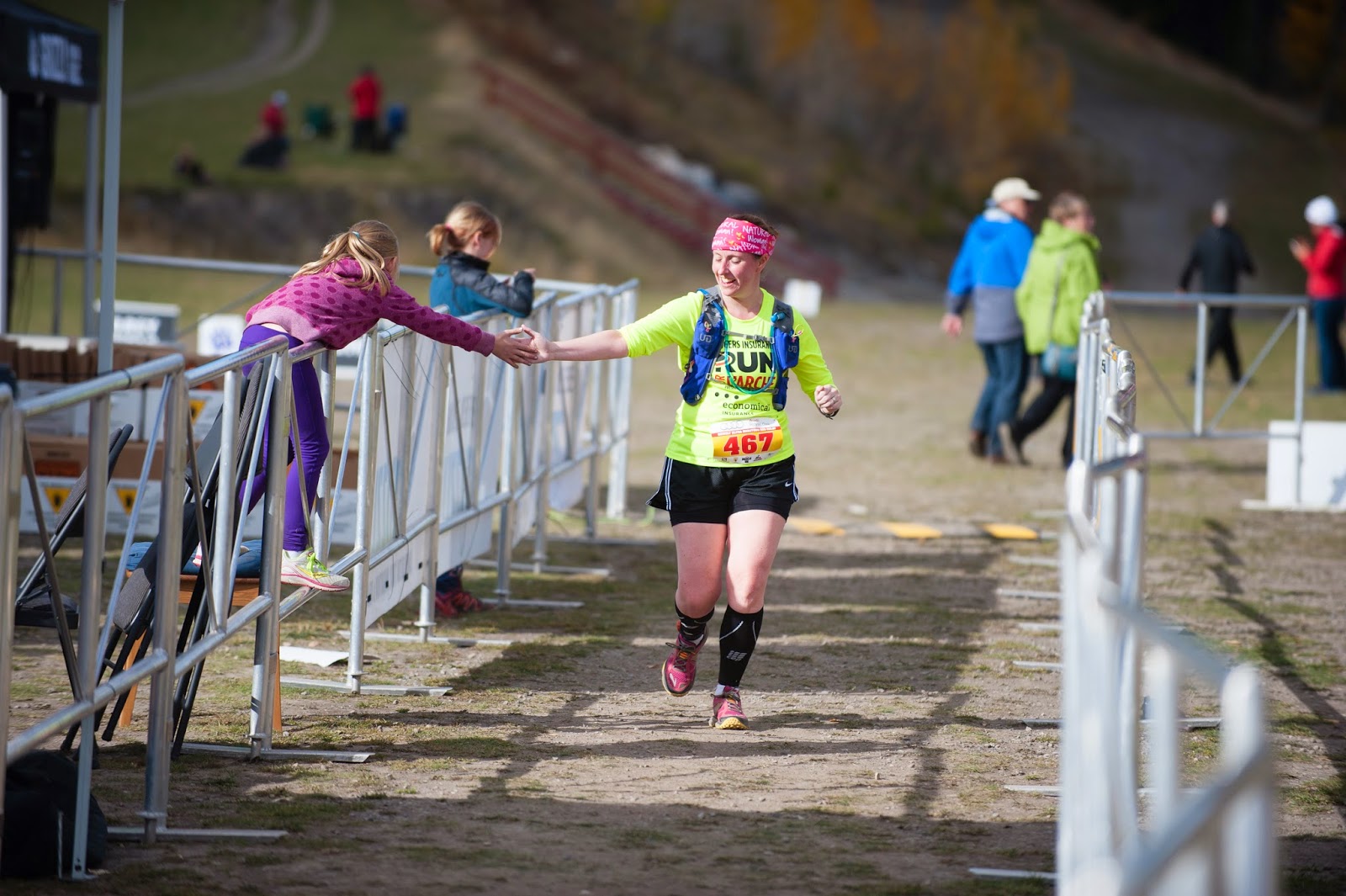 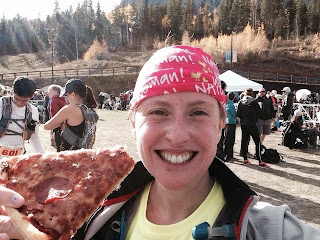 At the finish area there was pizza!  Kev headed off on leg 5 and I had the great pleasure of taking off my shoes.

Eventually I figured out he would be finishing soon (thanks Tara!) so I waited for his zigzag shirt to appear then ran in with him.  I made the poor bastard sprint. 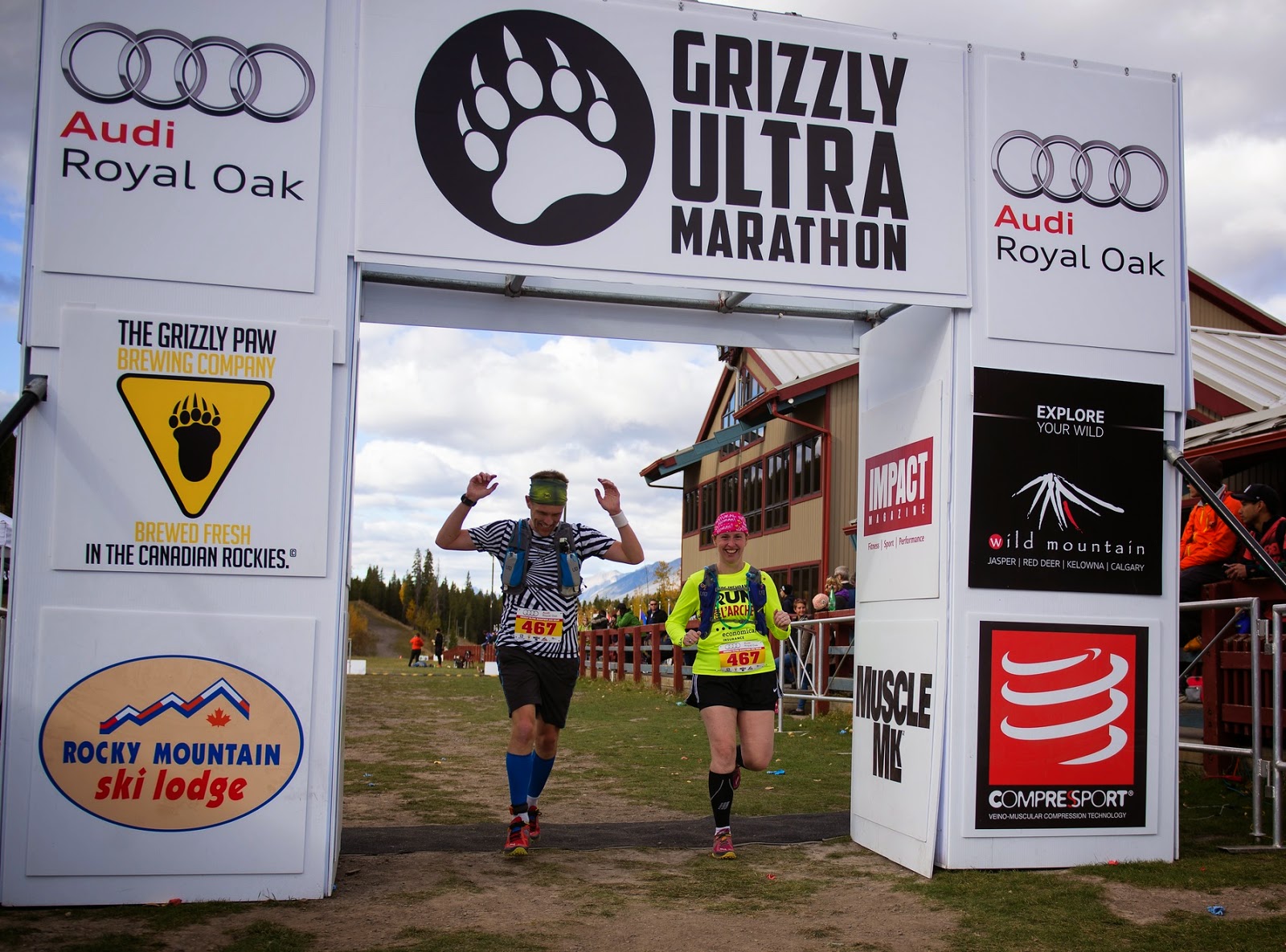 Great race, loads of fun and great choice of 2 person/5 person or solo options to cover 5 unique legs.  The food was sparse toward the 7 hour mark (too many non runners in the feed zone) but that's being looked at for next year.  The only thing about racing for me is that when I head to the mountains I like to spend as much time as possible out on the trails, not rush to a finish line!  I think I'll be able to do that when we train (play) and maybe throw in the odd race.  Also, I need to work on core fitness over the winter.  Sigh. 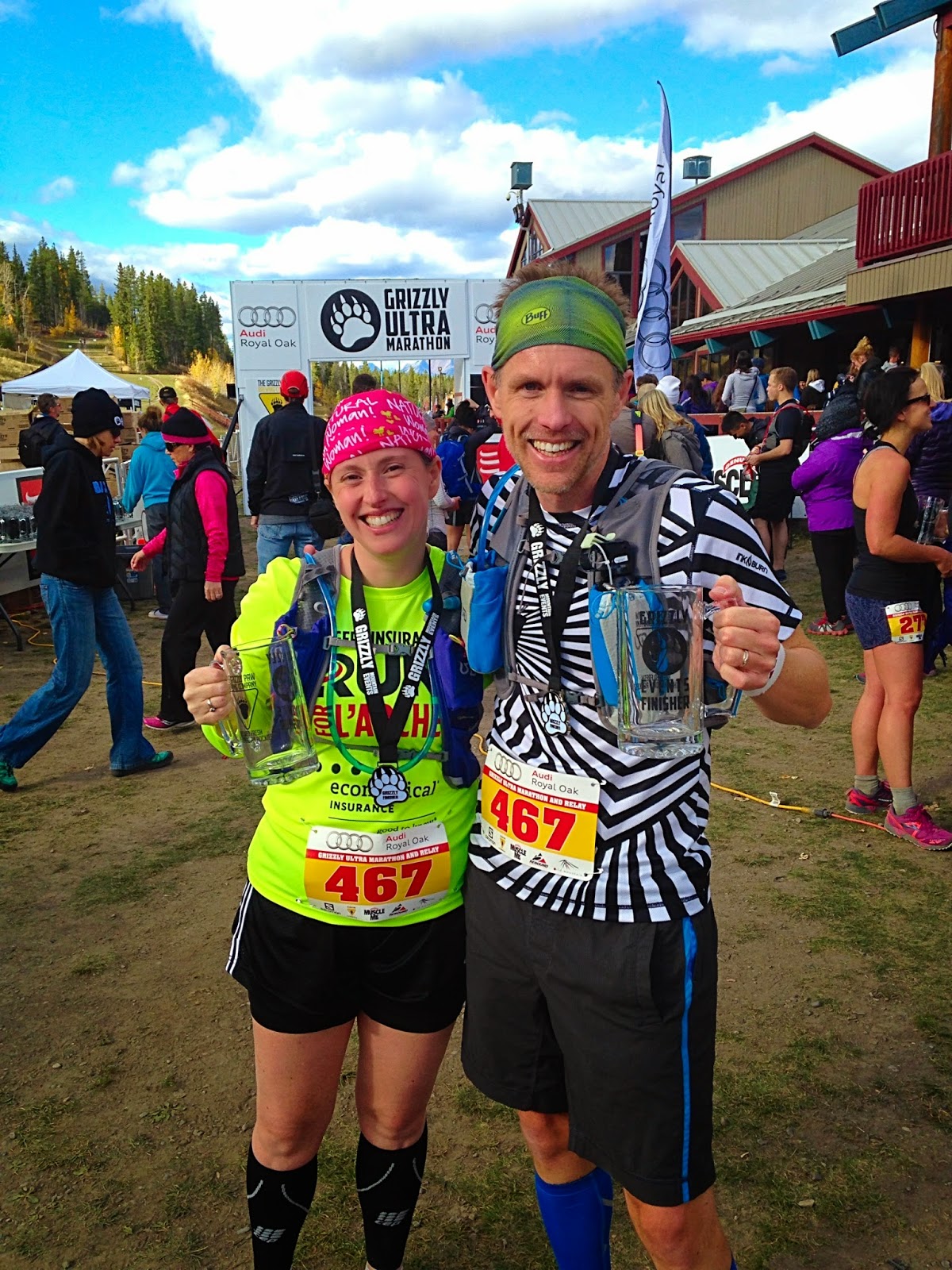