Going into 2017 I had 2 huge running goals, I wanted to complete 100k twice and avenge my previous year DNF.

That's a big mf'ing SOB'ing balls to the wall YES, I DID. 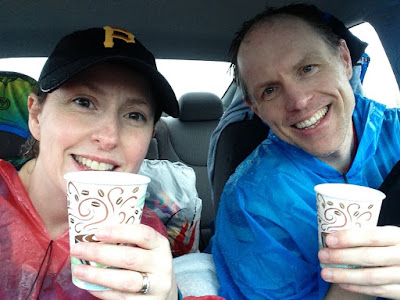 Kev was third male overall which was very cool.  I was fourth female which I am very proud of.

Then in September we completed the Thames Path 100k trail point to point through the nether regions of England.  It definitely hurt and had truly awful parts but it was absolutely magical. 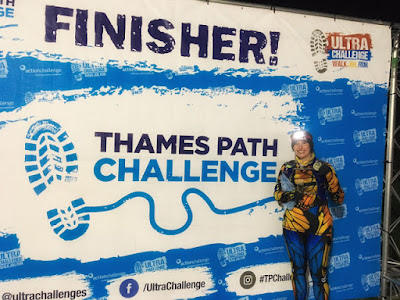 That's my fifth ultra finish, technically a personal long at 104 km (we got lost) and a PR over Feb's 100k time.

Pittsburgh - my third 26.2 in the Burgh.  I always say Pgh is marathon-worthy and I won't half ass it.  In 2017 my whole entire ass was only able to pull in a 5:30 finish with much struggling.  Fun though. 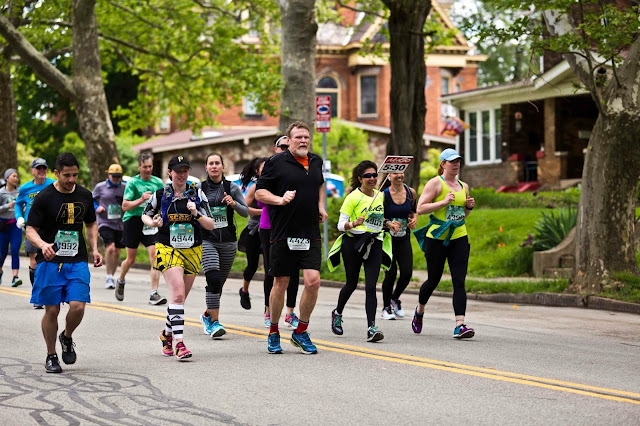 Then Calgary - it was supposed to be a 50k and I was absolutely defeated at that finish line.  Hell no I didn't buy the race photos.  They kept trying to give me an ultra medal I couldn't possibly take, it sucked. 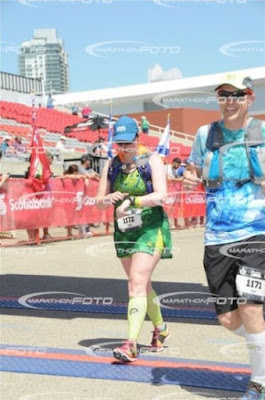 And Edmonton - training for the Thames 100k.  Also, my tenth marathon finish.  A simply gorgeous day to run. 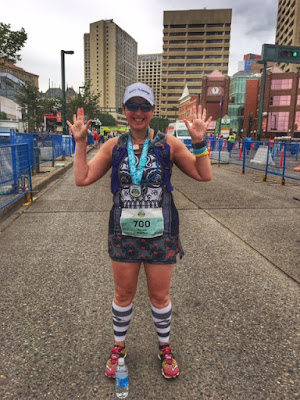 There was some fun stuff in between: New friends, old friends, Gary Robbins, 3 Degrees of Hell in Las Vegas...in July so plenty sun and heat this time at 119°.  The Millarville bun run, 5 Peaks Fish Creek, L'Arche Half, Rock n Roll San Jose 5k and 10k. 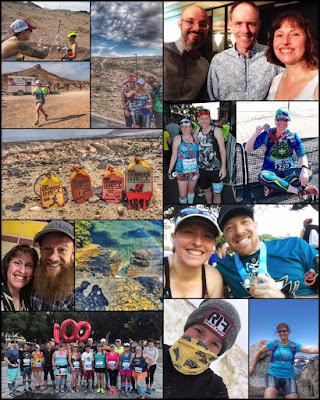 Once again we finished the race year with the ever epic Rock n Roll Las Vegas Strip at Night.  It was different this year but good, really good. We took the Strip back. 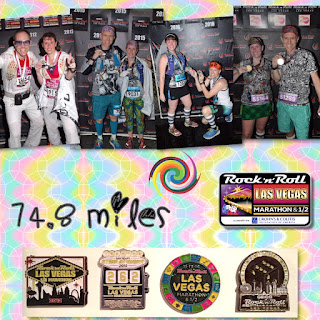 I'm trying not to notice that a marathon would take my total over 100 miles in 2018.

Best race experience:  Rock n Roll Las Vegas, because I think it needed to happen after the shooting.

Best new piece of running gear:  Gel blister pads!  They had them at aid stations during the 100k. (I have DNF'd in the past due to blisters). You bet I stocked up for the next big race.

Best running advice you've received this year:  You won't always be able to hit PR's or even 'decent' times sometimes so remember why you run, in my case it's for mental well being. 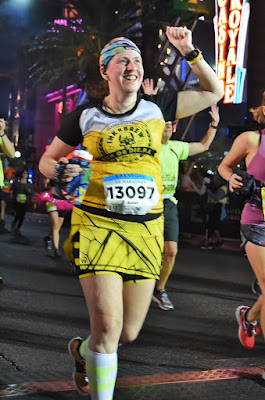 Race experience you would repeat in a heartbeat:  I would love to do another Action Challenge event, they have a few in the UK other than Thames Path and I'm definitely interested.

If you could sum up your year in a couple of words what would they be?  Humbling and rewarding.

I'm linking up with Courtney to bring you my year of running!

HAPPY NEW YEAR!
Labels: all about me annual roundup year of running