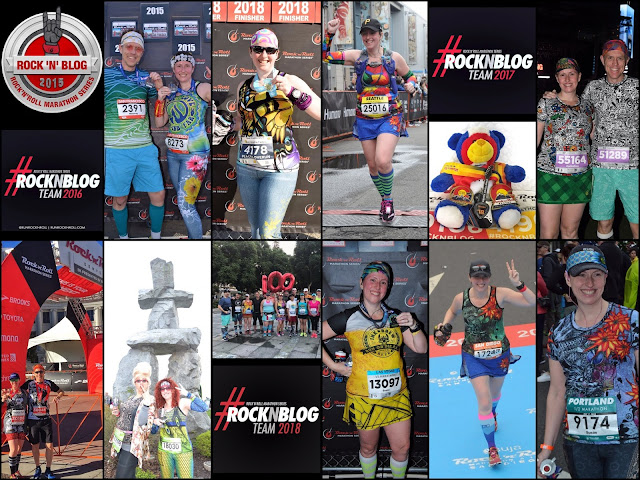 After four amazing years as part of the Rock n Roll Marathon Series Rock n Blog team I have chosen not to apply for the 2019 program.  I need a break.  Not from the Rock n Roll series specifically as those races are generally the most enjoyable and fun ones, but from racing.  In fact, after I run my 100th race in Pittsburgh this May I have nothing on the plan at all.

I have run San Francisco, Portland, Seattle, Las Vegas, Dublin, Vancouver, San Diego, Denver, Arizona and San Jose with this series.  My current PRs for the 5k , Half and Marathon distances are all from RnR races - San Jose, Vancouver and Arizona.  What an incredible feeling. 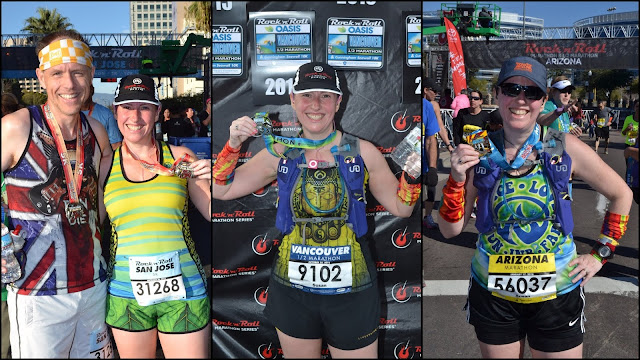 During 4 years of RnR'ing I have accumulated 51 medals (not including many, many virtuals), 2 marathon jackets and a teddy!  Thanks for decorating my basement! 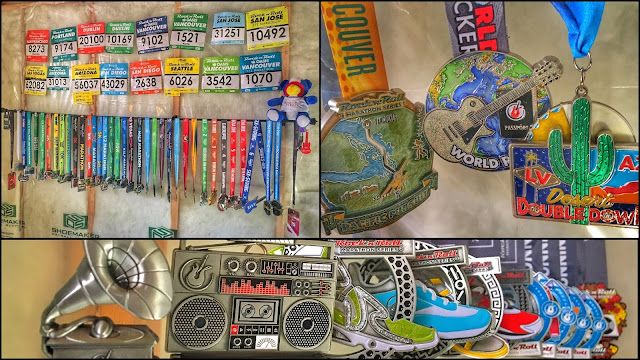 I'll always love RnR, so many memories, achievements and plain good fun.  I've met so many people.  I will definitely run more in the future regardless of being in the team or not - they're just good times and a reminder of maybe not taking life too seriously.  Run mojo = restored. 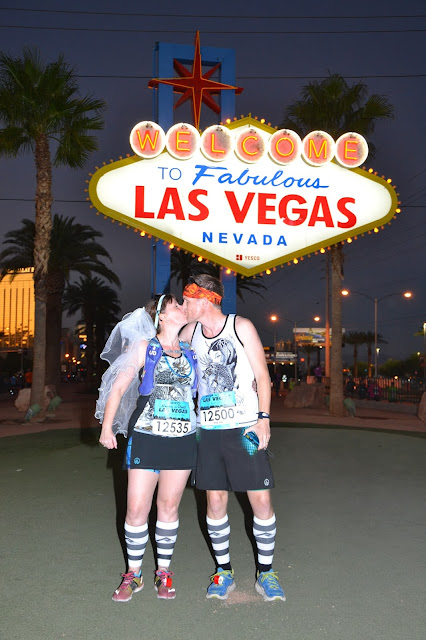 Yes, there have been issues this year as Ironman has transitioned into running the series and I'll always be sad that Vancouver was discontinued, but Liverpool and New Orleans are still on my to-do list and I'd love to revisit San Fran and San Diego.  Being part of the first major event on the Strip after the Las Vegas shooting is something I'll never forget and of course renewing our wedding vows in a run-through ceremony.  Nobody does things like RnR does things.  How many people can say Snoop Dogg played at their wedding?

Good luck to everyone who applied for the 2019 Rock n Squad!
Labels: adventures back to back races PR race remix challenge Rock n Blog running stuff