Just You and I Together....in Arkansas 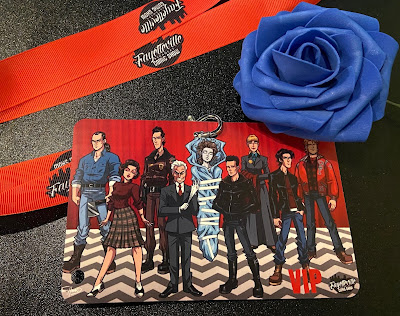 I'm not sure what I expected when I booked flights to the Comic Show, but as is typical when a bunch of Twin Peaks cast and fans get together it was magical and something I'll never forget.  As Sheryl Lee said during the panel "human to human heart contact and connection". 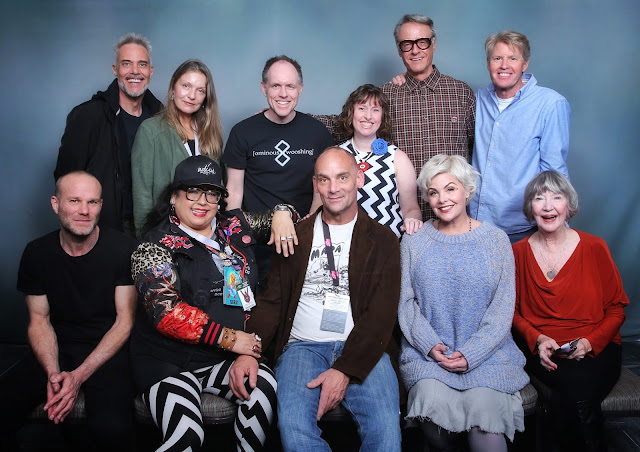 We immediately ran into people we knew before even getting to the show, thank you Karen and Christian for the blue rose!  This was not your typical commercial expo, it was perhaps a cross over between Fest and an expo.  I was disappointed Ray Wise cancelled but just look at all these beautiful people.  It would have been worth the trip just to get the group picture alone.  I adore blonde Sherilyn! 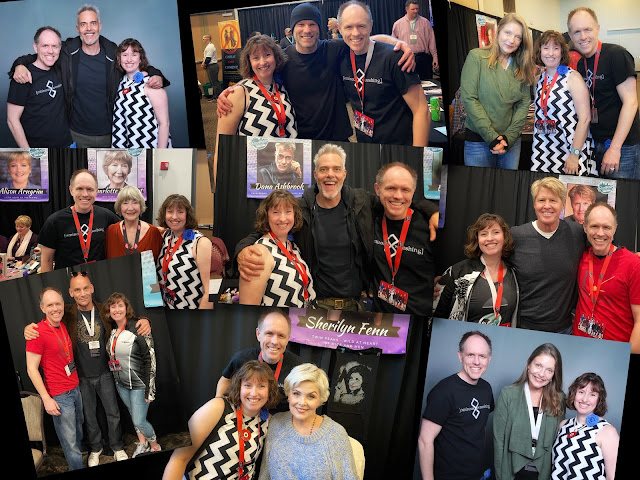 We had various things going on including a pizza meetup at Damgoode Pies (which we missed since we were on a mission to see 4 states, don't worry we made up for it), a donut and coffee morning, cast panels, log lady parade, cosplay karaoke and the Fire Walk With Me screening on Saturday night.  It was a very well rounded event.


It wasn't just Twin Peaks, the cast of Sleepaway Camp were there plus cosplayers, artists and this guy.  I was obsessed with The Outsiders growing up.

Here's Steven's video of the cast panel.  James Marshall tells the story of 'that song' at 39 mins, it's really cool.

It's such a treat when you can go to an event and connect with people instantly.  I met people I've known online, people from previous Fests, people I didn't even know about - I even met a Scottish cross dressing log lady (laddie).  You win the weekend sir. 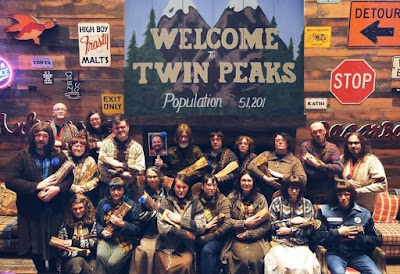 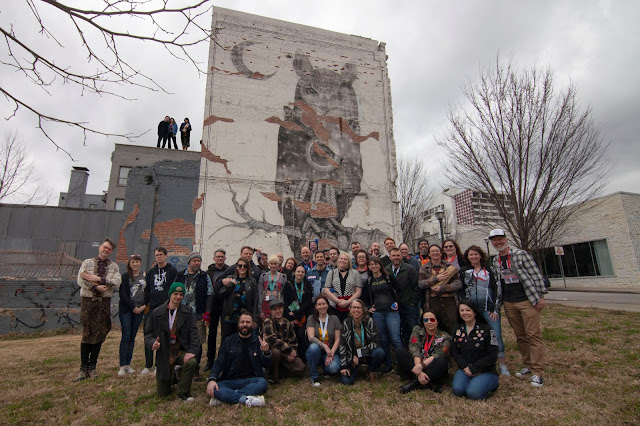 The beautiful thing about treasure is that it exists. It exists to be found. How beautiful it is to find treasure. Where is the treasure, that when found, leaves one eternally happy? I think we all know it exists. Some say it is inside us — inside us one and all.    - Margaret Lanterman.
Labels: Arkansas Cherry Pie Damn Fine Coffee Fayetteville Fayetteville AR Comic Show James is Cool travel Twin Peaks 30th anniversary