This is what I'm doing to keep myself occupied at the moment.  Flying Pig is the first of 3 virtual race series I signed up for this year.  The Skyline 3 Way Challenge is a 5k, 10k and Half.  There is also a 4 Way which includes the Marathon.  I'm good with the Half right now thank you.

5k on the pathways outside my house, just after the snow stopped.  Very cold wind.  My last 5k in Pittsburgh was a lengthy 40 mins, but I didn't have a marathon the next day this time, hallelujah. 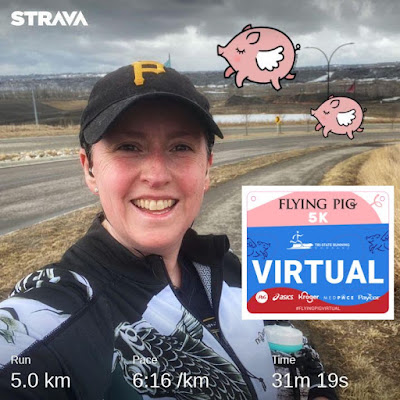 10k in downtown Calgary.  We typically go directly to summer from snow and this year was no exception.  A lane is closed on Memorial for foot traffic so I enjoyed the extra space.  It's just like running part of the Calgary Marathon!  I ran my first 10k (my second ever race) in 2011 along this same road.  At the far end of Centre St Bridge (also currently closed to vehicles) Simon Donato gave me advice about getting through a tough race during the 2014 marathon.  Great memories. 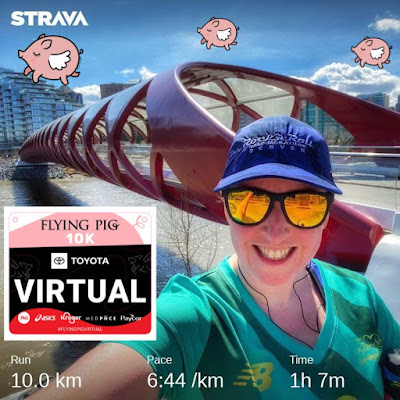 Half Marathon on the treadmill, wow that was hard. My brain thought we could be doing other stuff so focusing and slogging it out was a challenge.  It felt like a really really long time.  And that’s all I have to say about that. 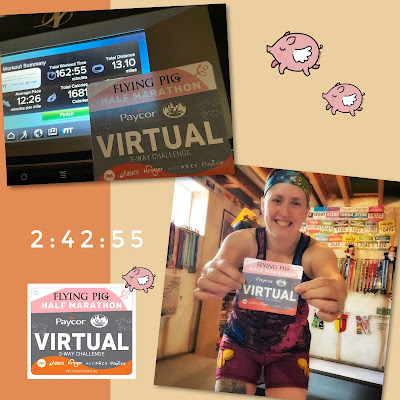 I had a great time completing my Pigventure, and as much as I enjoyed it I hope they never have to hold a virtual event again. Here’s to getting back to the races and the Finish Swine (lol). 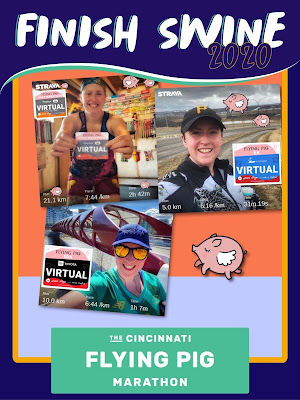