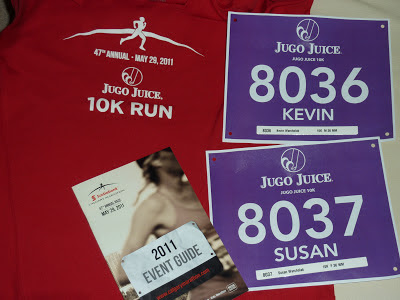 This was a lot different from our last race day with blue sky and sunshine as forecast.  It was chilly to start with and after parking at Franklin we decided on warm layers under the race T-shirt. We huddled on the platform with other 10k’ers and the half marathoners.   The C-Train took us into Bridgeland and we joined a huge procession of runners toward the start area.

We had time to check out the finish area and have a look at the bundles of medals before the race.  This time we were celebrating Kevin’s birthday.


It was extremely crowded at the start and after getting trodden on twice, I moved to the side and just waited for everyone to pass.  I only wanted to finish the distance so time was not a big deal.  Despite that I still had a goal of 1:20 in my mind.  This might have been loosely based on the couple of long runs I had done before the race. 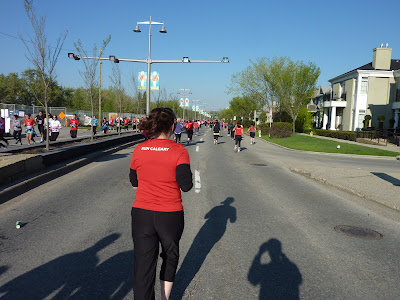 The course was very pleasant, we dropped out of Bridgeland and followed Memorial along the river.  It was very high with the snowmelt and I’m sure I commented on that quite a bit.  Kevin was following me and once again captured some horrifying arse shots.

I was still going along quite happily at the turnaround but as we came back into the sun it got super hot.  The rest of the race was tough and I had to tip water over my head a couple of times to cool down.  By the climb back into Bridgeland it was actively painful, just about everywhere.  A guy at the side yelled we were nearly there and I struggled over the finish line.  Final time 1:13.  Hurrah! 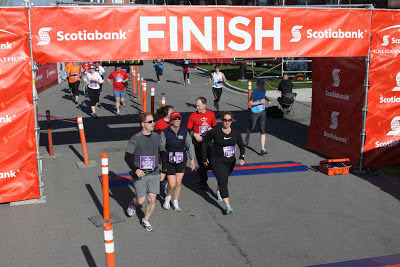 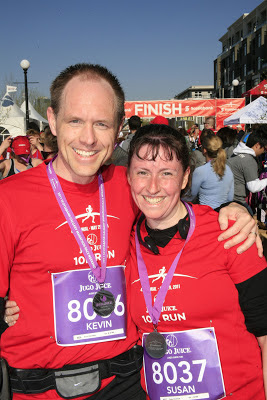 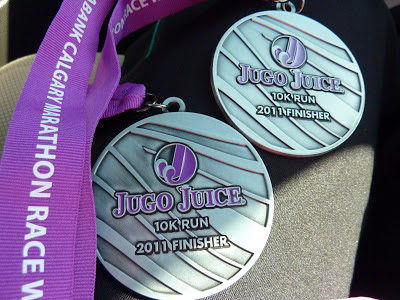