10.5 km (roundtrip from general parking area),  415m elev gain
Imagine starting a trail at 11:30am in Lake Louise, getting easily parked (even with car numbers limited to 100) and not finding it to be all that busy.  I don't know what it's usually like in the summer but this was magnificent.  Sunshine, heat, happy hikers, blue lakes, mountains.
The trail starts with a beautiful walk around the edge of Lake Louise.  Bonus!  We passed that tempting chair just as the Agnes trail splits off to the right.
After two long switchbacks through trees, we found the snow.  Being a heavily worn trail, this wasn't a problem other than a couple of slides.  Mirror Lake is the reward for the climb. 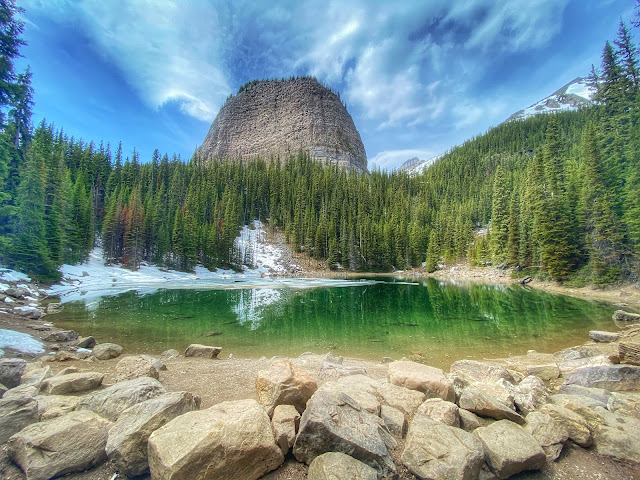 It really opens up after the lake, views down into the valley then this stunning waterfall.  It probably has a name but I don't know what it is. 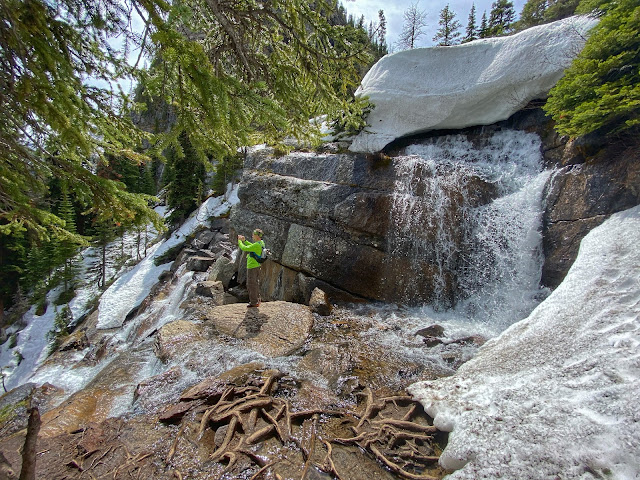 The waterfall is tipping directly out of Lake Agnes, which is reached via a wooden staircase.  She's still quite frozen on June 12th.  Gorgeous. 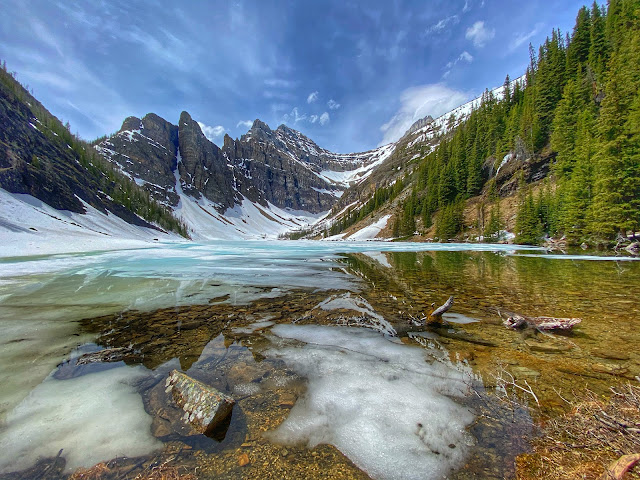 The Teahouse is beautifully perched next to the lake. 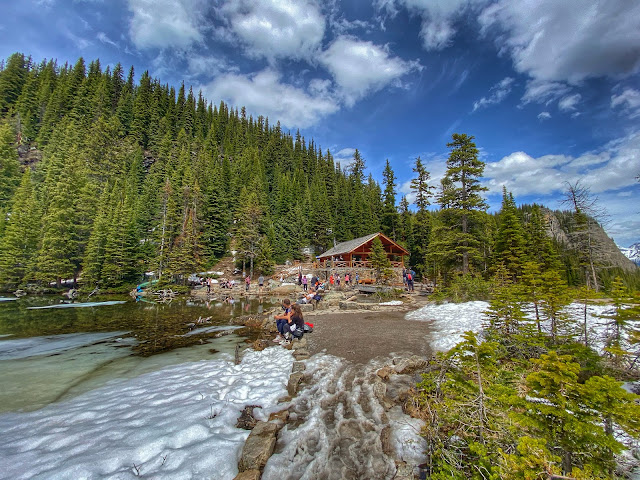 We went around the lake a bit to explore.  The trail to Big Beehive (on the left below) was deep snow and straight up so we decided to leave that for another day. 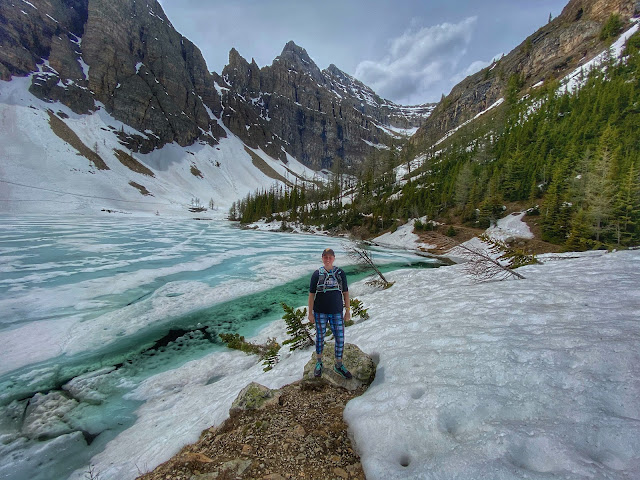 We crossed a large avalanche tail.  It extended right into the lake. 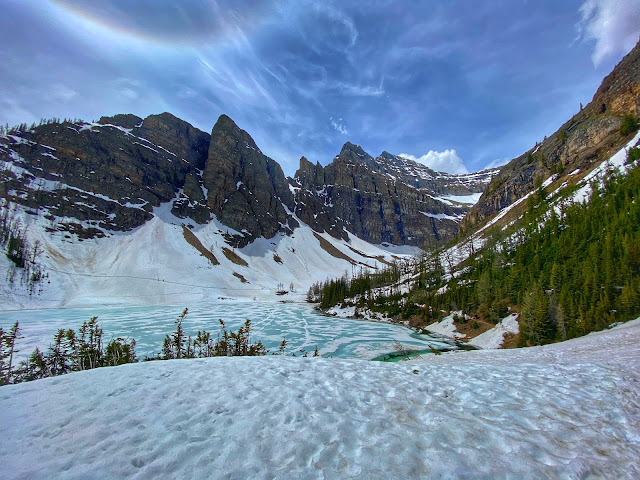 After a seat on a rock to enjoy the mountain air, we unanimously voted to head back to the Teahouse for goodies.  Did you know the staff hike supplies in every day? 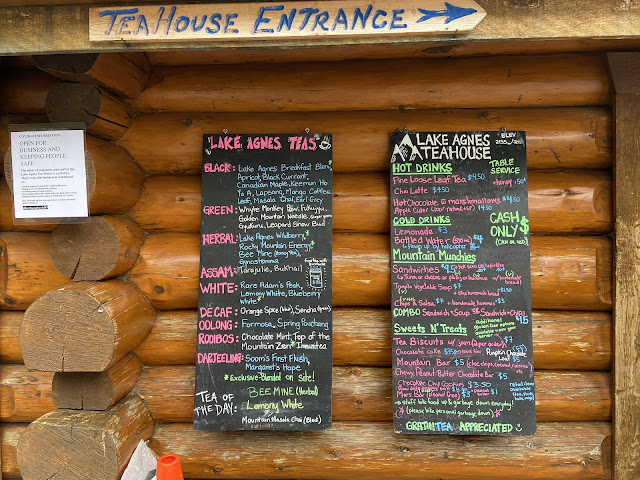 How fabulous is this table?  The clouds came in pretty quickly, it's always good to have a jacket up here.  And chocolate cake.  This is the first cup of tea I’ve had since September, it is life. 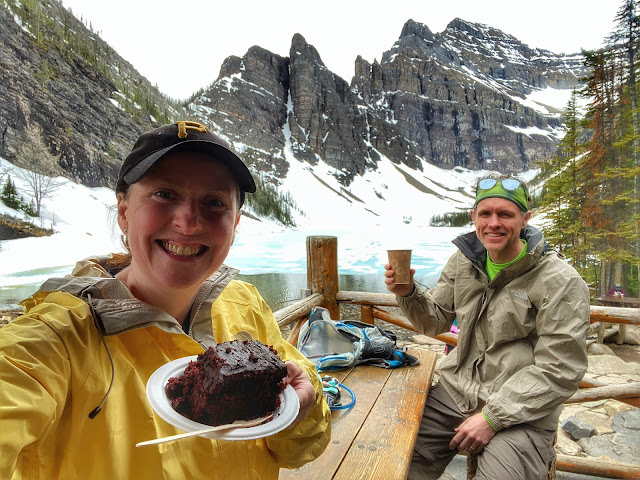 Tea and cake by a mountain lake, how civilized!  This is an epic hike.