On Saturday I went to Gord's Running Store and he helped me replace my Adizeros. 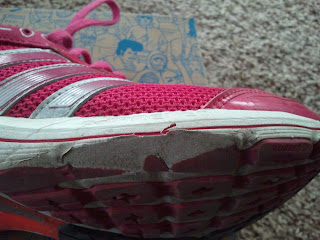 I had seriously worn down the outer edge of the right shoe, I can see that's happening in my trail shoes also. I'm not sure why I didn't notice this faster.  This raises quite a few questions for me on my running style (or lack of!)

Gord watched me traipse around and he thought the Brooks Ghost helped with that issue the most. 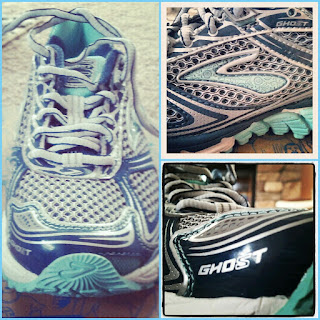 They are neutral shoes with a much thicker sole than I'm used to but after trying them out for a 5k on Saturday I was surprised at how light they were on my feet.  Does this mean I have to re-accessorize with blue?!

We also went for another short trail run on Sunday in the rain.  We drove to Kananaskis and ran up to Troll Falls then back via Hay Meadows (5k).  There are numerous networked trails right there so you could extend the run to whatever distance you felt like doing.  My knee said enough at 5k today.  Its right by Nakiska and the ski runs showed on the Garmin map, I liked that! 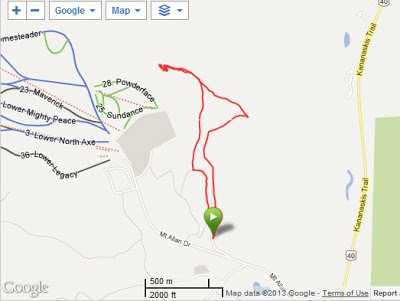 It was beautiful.  When we arrived at the Stoney Trail lot there were 2 other cars there and by the time we left, it was just us. I've never done this trail before and was quite surprised to find such an impressive waterfall at the end. 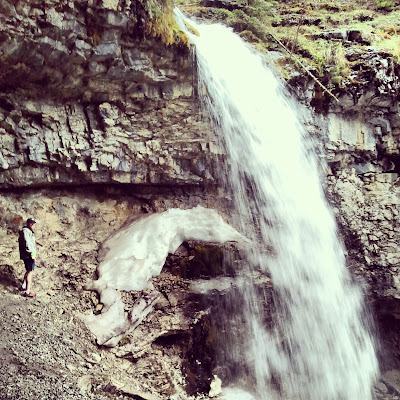 We saw way more wildlife than people, there was a group of elk in the woods on the way back and 4 deer on the other side of the river (they are very teeny in this picture). 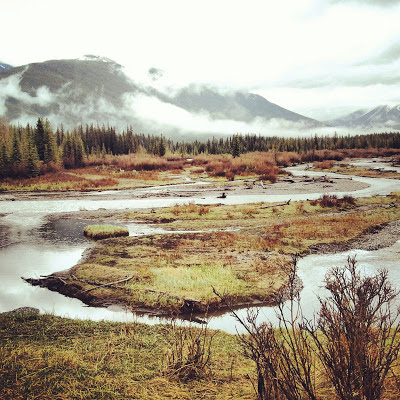 No snow!  Its amazing what you can find in shoulder season.  I bet this trail is packed in the summer.