Coming into 2013 I swore we'd spend more time in the mountains but between floods and marathon training it hasn't happened at all in July or August or so far in September.  So on Saturday it was time to get back out there.  Yay!  Highwood Pass has just re-opened so we chose 2 hikes in that area.

Both were short so we took our running hydration packs and just changed out stuff we needed (food!) from the car between trails.  We arrived at 9 am, and it was still nice and quiet.  The last trails we did were in Hawaii at 10 m above sea level so starting out at 2100 m and immediately going up was interesting.  You can bet I felt it.

There were a few snow patches and it was a chilly 3°c to begin but the sun was warm. 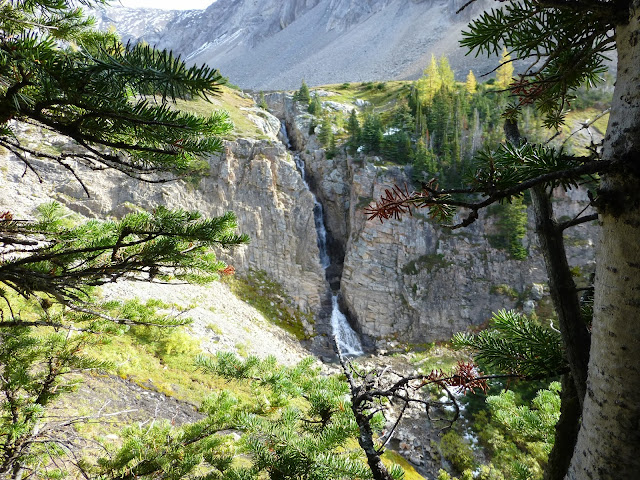 As soon as we reached the alpine basin we realized we were not alone, there was a large herd of Rocky Mountain Sheep below us.  Nothing makes me happier than seeing wildlife in its natural habitat. 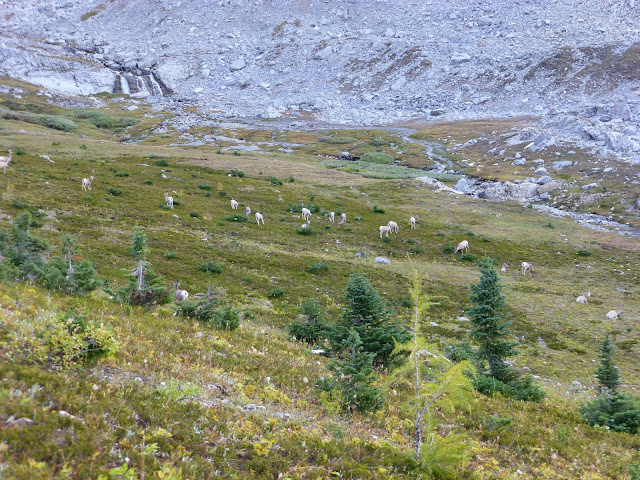 There is a one-way loop on this hike (yep, it gets very busy) and by the time we reached it the sheep were following us down. 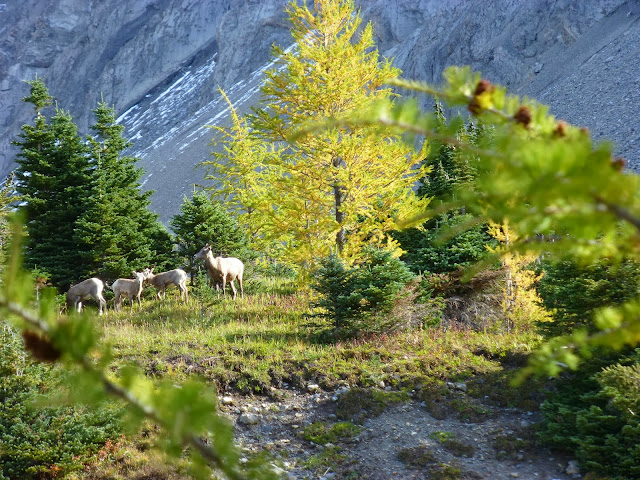 We took a detour since this guy clearly felt ownership of the trail. 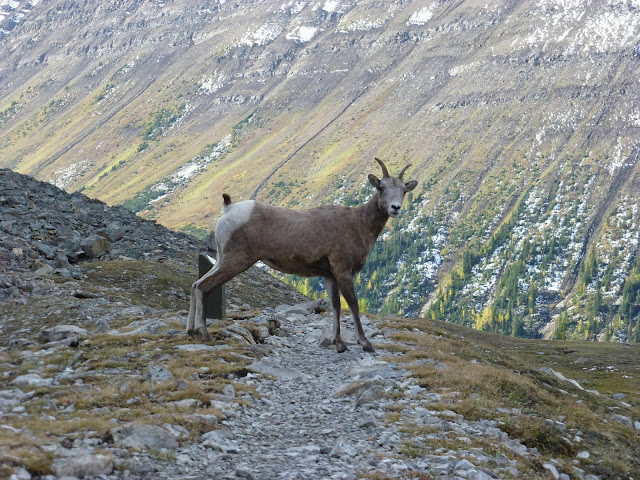 As we descended we passed about a million people heading up - yikes.  The trailhead lot was full and had overflowed onto the highway in both directions.

It was a great time to head on to hike #2!  This one isn't signposted so it was much quieter.  Climbing was easier and we took our time.  Rather than add a third trail to the day we decided sitting down out the wind to enjoy the scenery would be better for a while.  It was so peaceful! 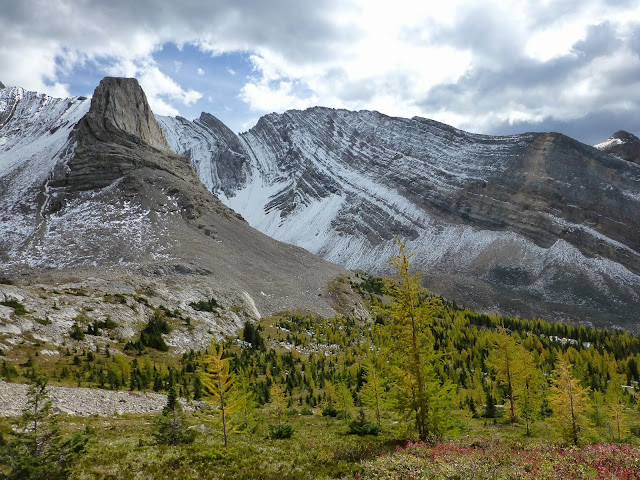 My hiking boots were SO comfortable! 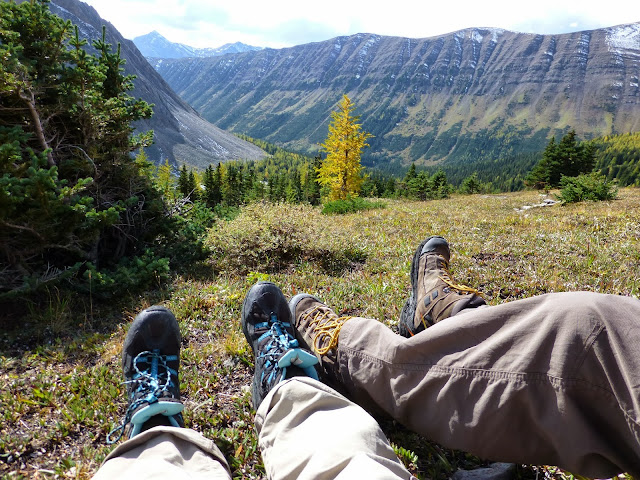 The wind picked up and grey clouds started blowing in so we called it a day before the rain started.  This rocky valley was quite the wind tunnel. 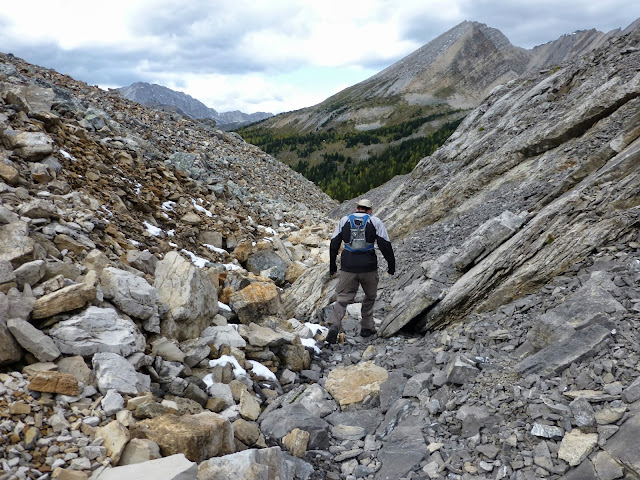 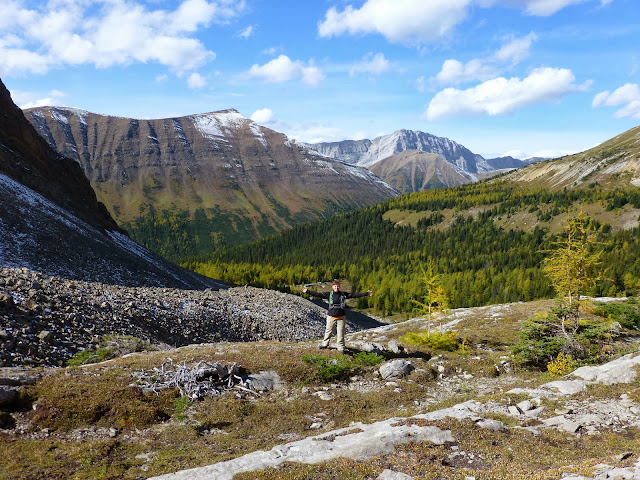 It felt a lot like fall with snow patches high up and in shaded areas already.  At this time of year you never know when the snow will fall and stick, soon we'll be snowshoeing.  I would love to get a few more hikes in first though.  I have really missed this.