We escaped to Waterton over the February long weekend for some non-running activity.  This is a lovely, quiet, less expensive option over Banff for a winter weekend in the mountains.  The drive down had less and less snow as we got farther south.  The fields were brown, which almost gives a person hope for spring.  But not for long! 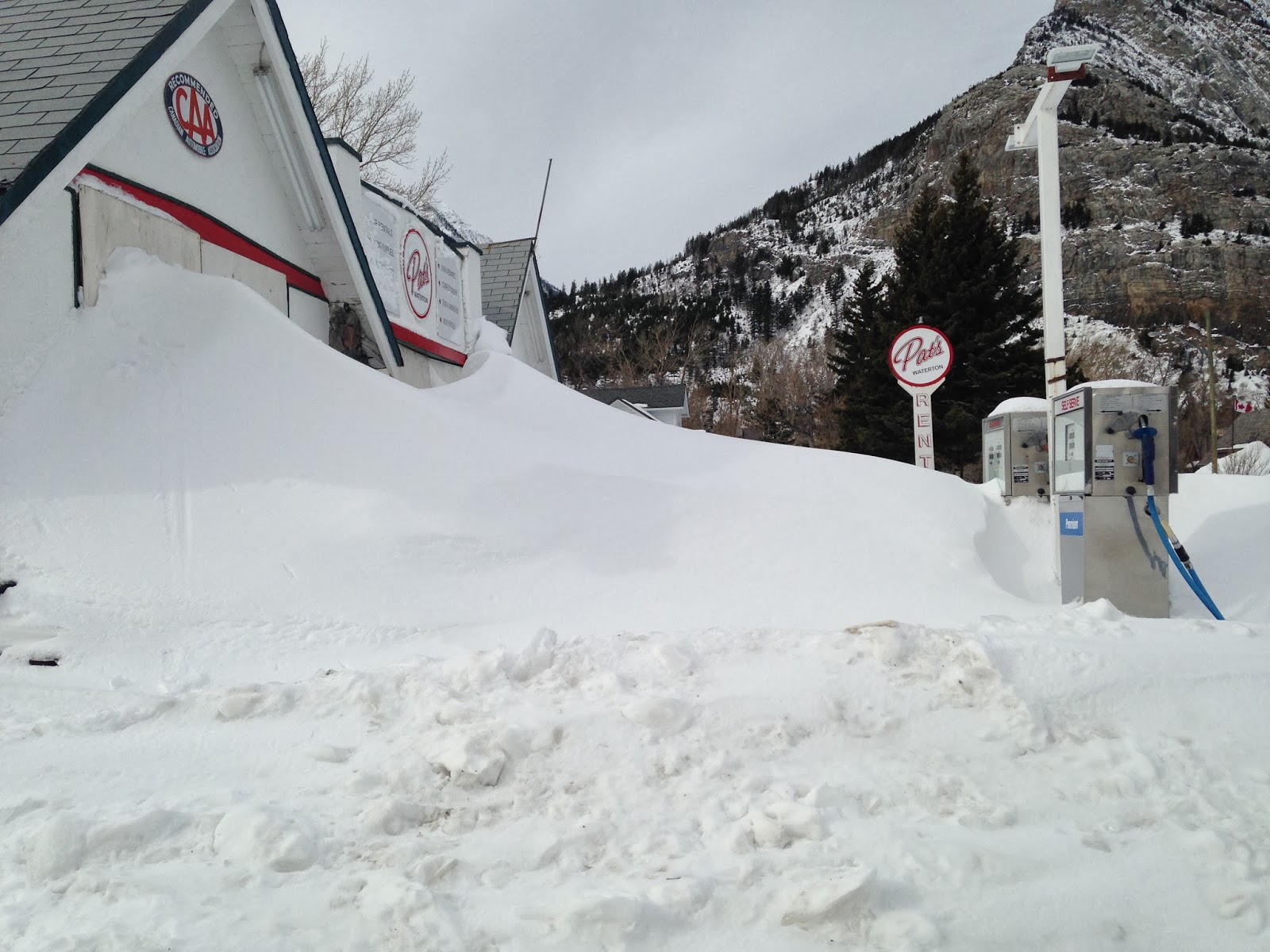 As soon as we passed the Park gate there was snow on the road and on either side, then by the time we drove the 15 mins into town the drifts were crazy high.  Since the room wasn't ready we drove up the Akamina Parkway.  It has been closed all summer due to flood damage and only reopened in November. 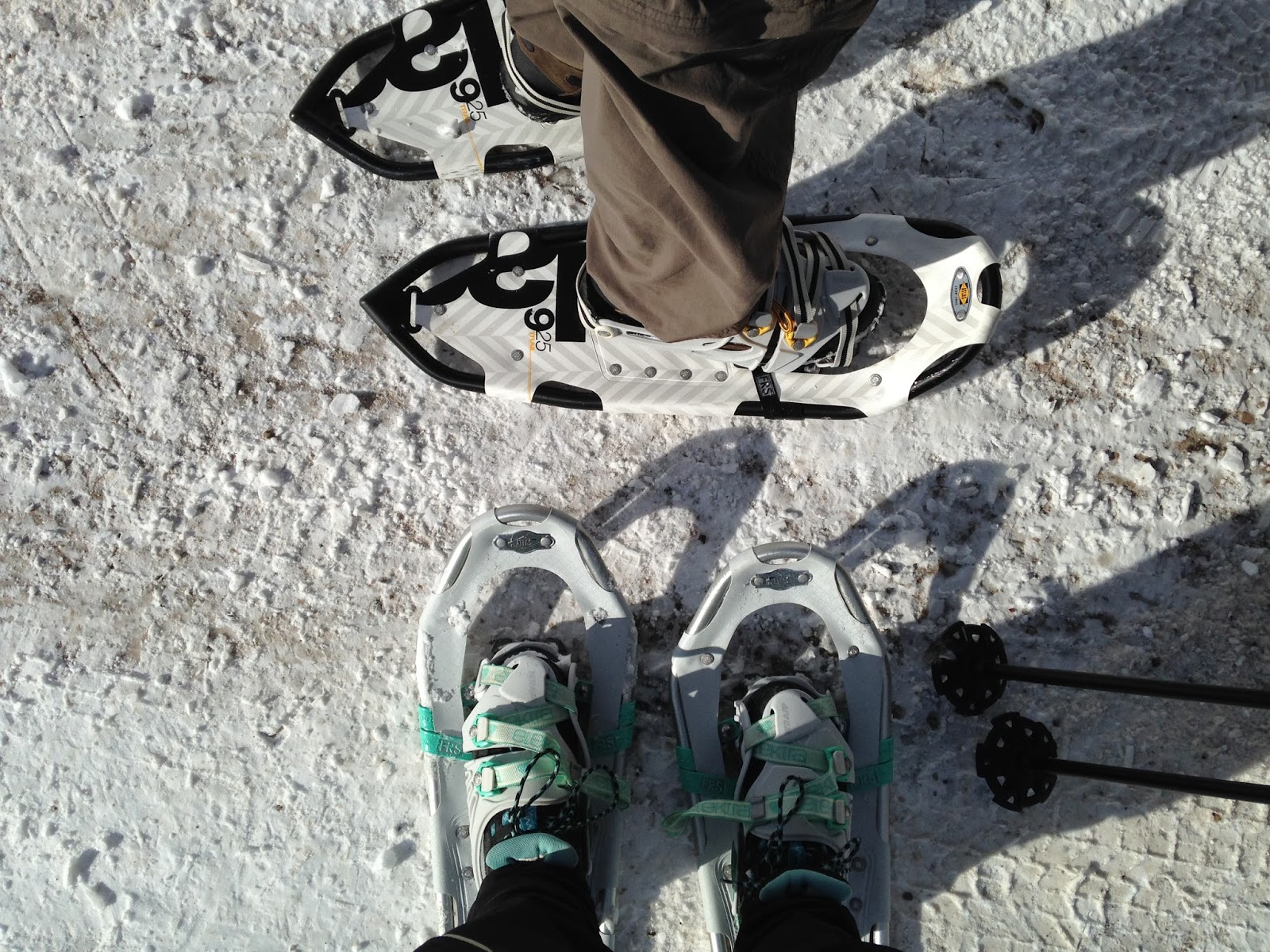 There were what can only be described as a shit-ton of cars at the Cameron Lake trailhead so we turned around and parked at Lineham. 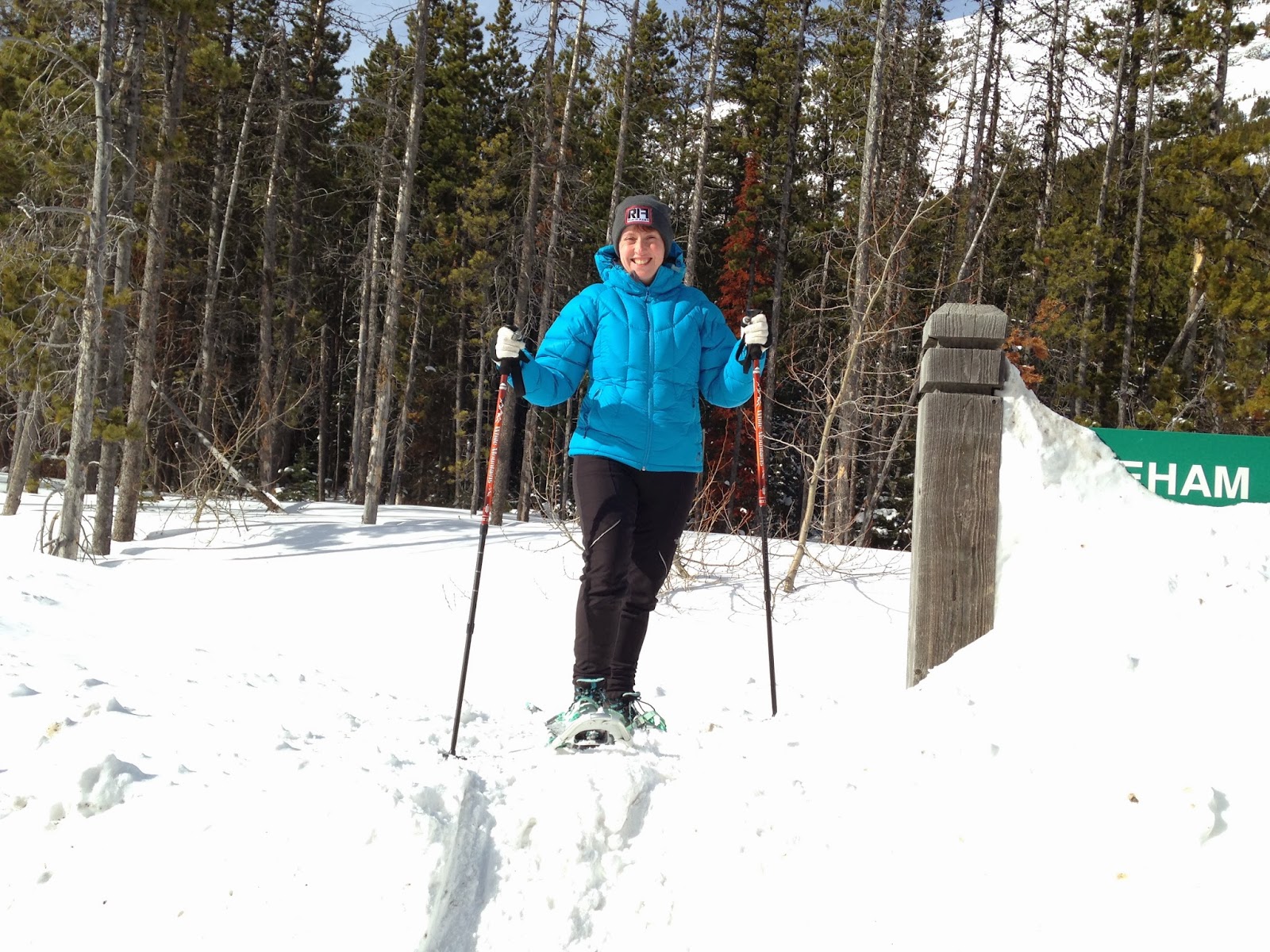 The trailhead sign noted high risk avalanche areas across the open meadow sections so we followed the trail up to the top of treeline then found a rock to perch on to enjoy the view and the sun.  Breaking trail uphill in knee deep snow was quite the workout anyway! 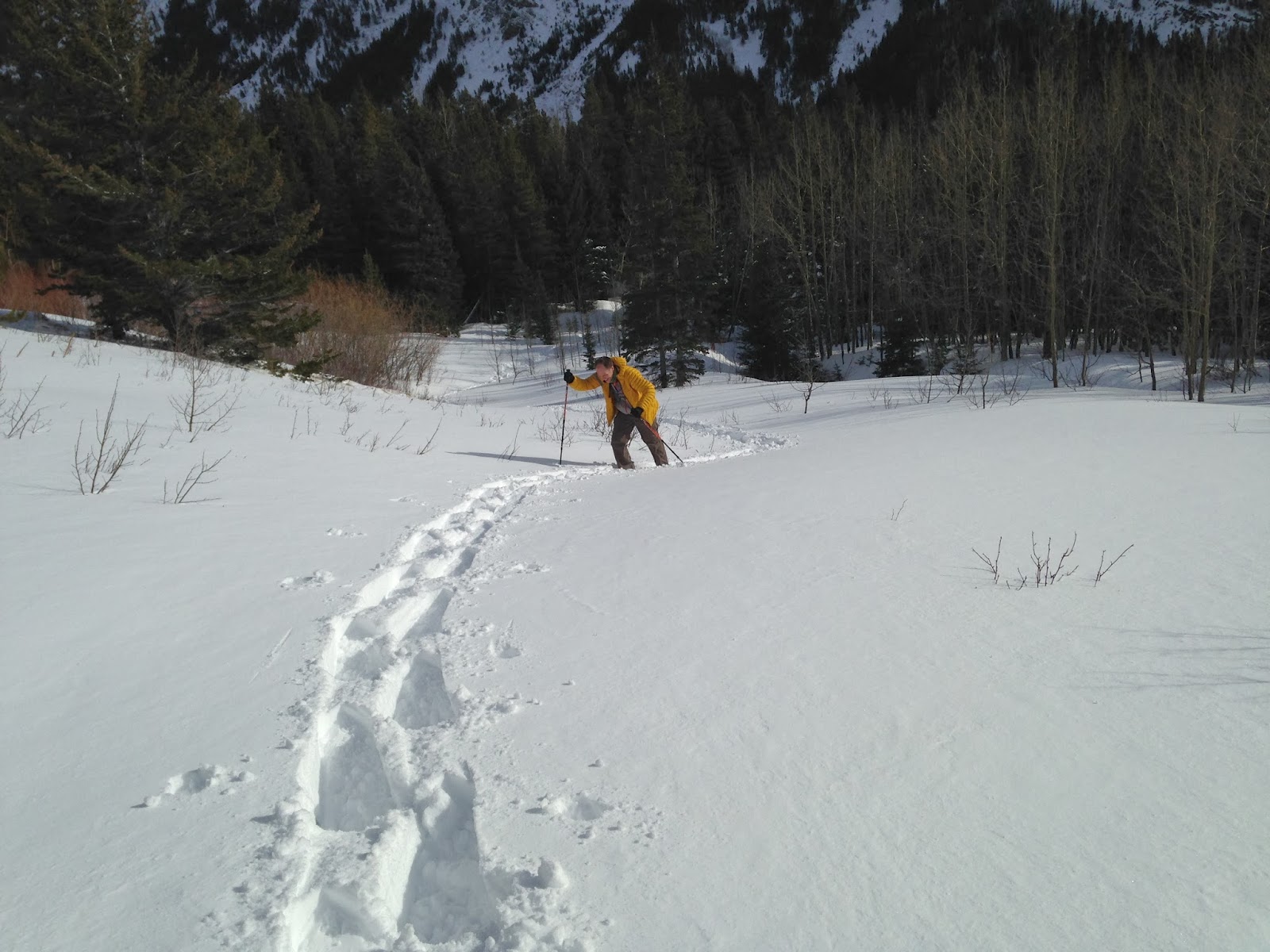 Sunday was quite different weatherwise, opening the curtains revealed high winds and steady snowfall.  As usual that didn't discourage us much so off we went planning to do Wall Lake.  In a previous trip we found a huge ice cave at the back of the lake and wanted to see if it was there every winter.

The Akamina however was closed due to an avalanche the previous day so we had to find an alternative.  The front desk recommended avoiding the backcountry entirely so we parked in town and aimed for the Lakeshore trail. 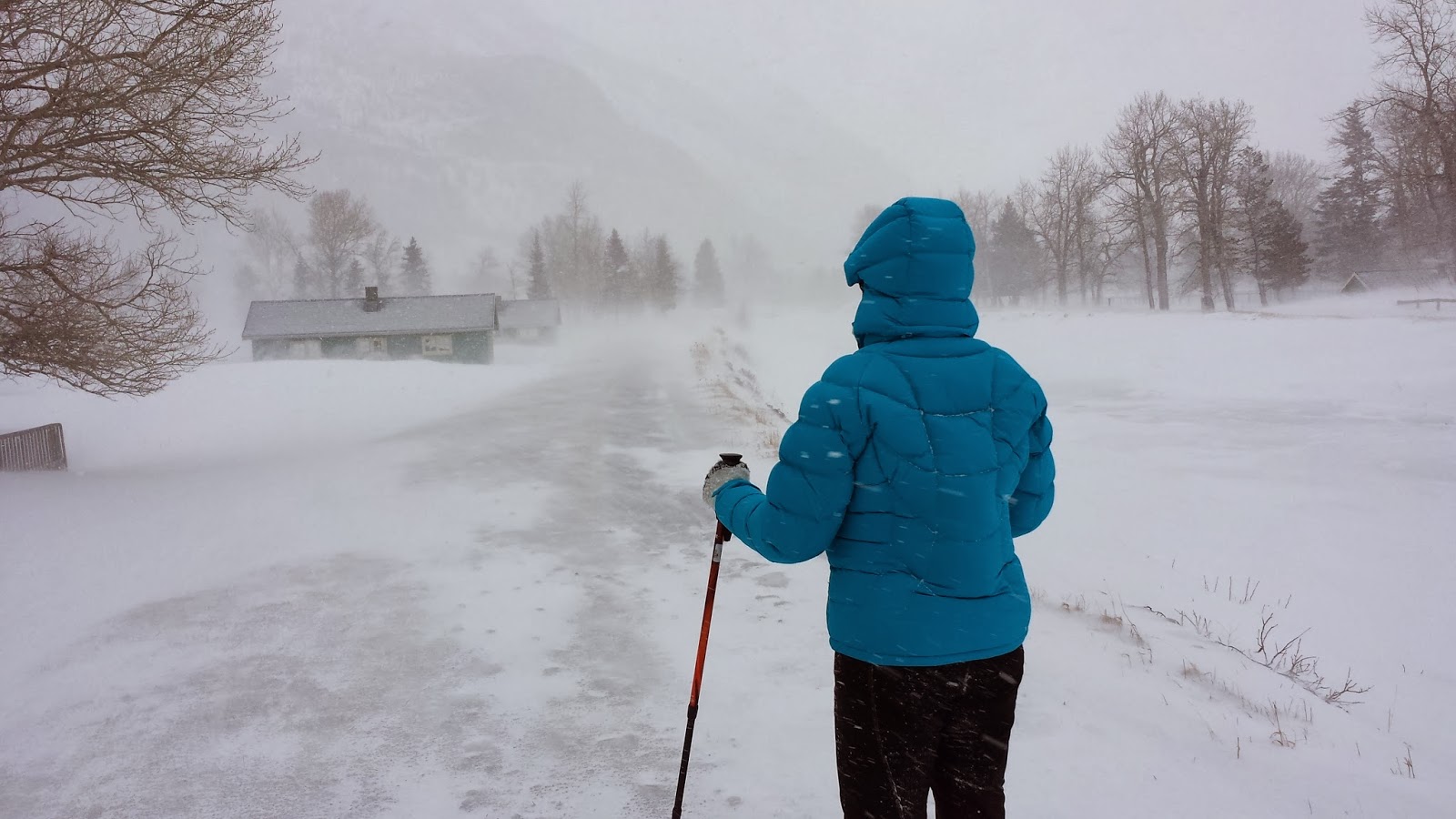 Again it was rather busy despite the 100km gusty winds and snow.  Since the snow was so high around us and there were literally no people we decided instead to explore the south end of town and lake. 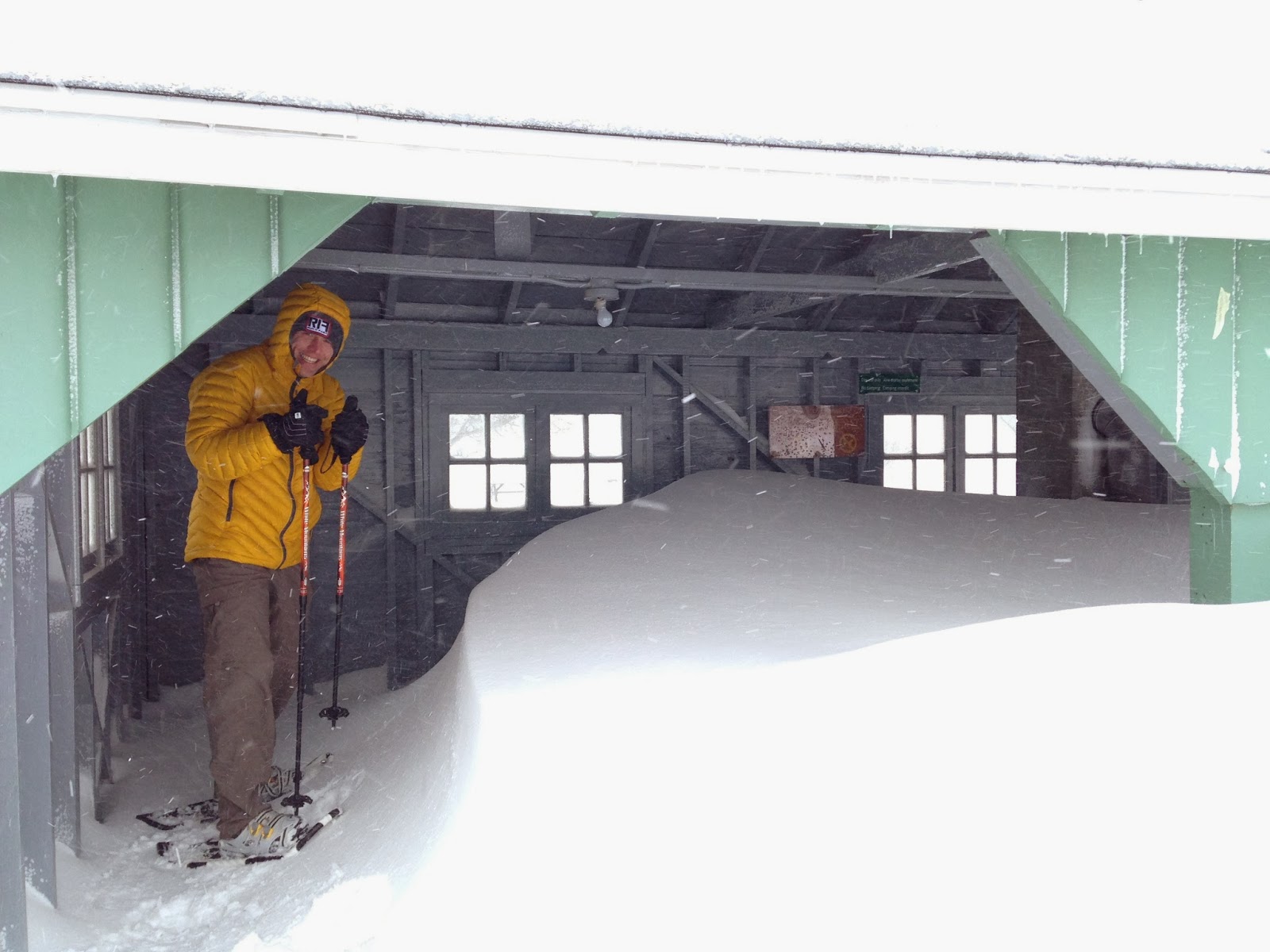 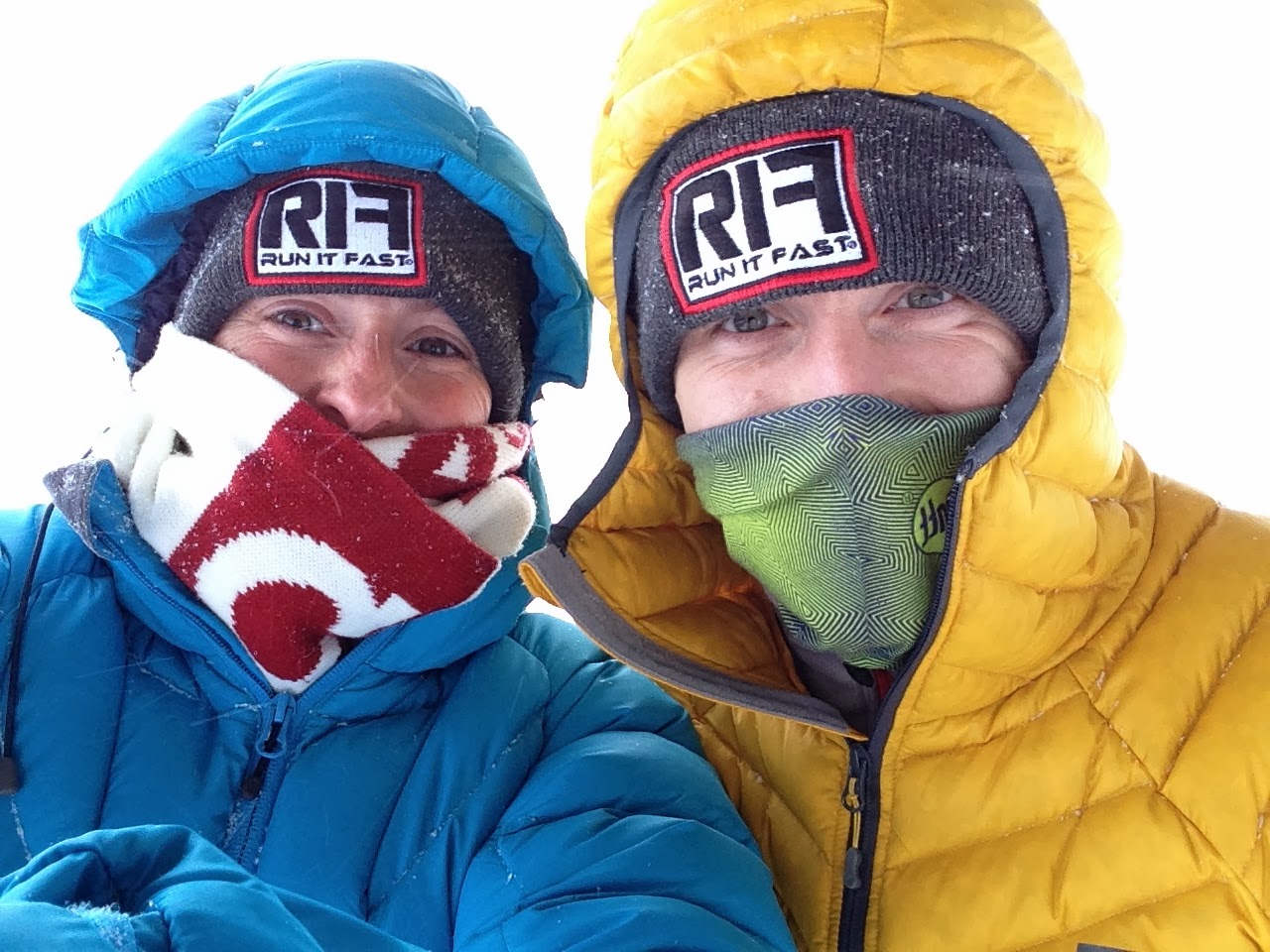 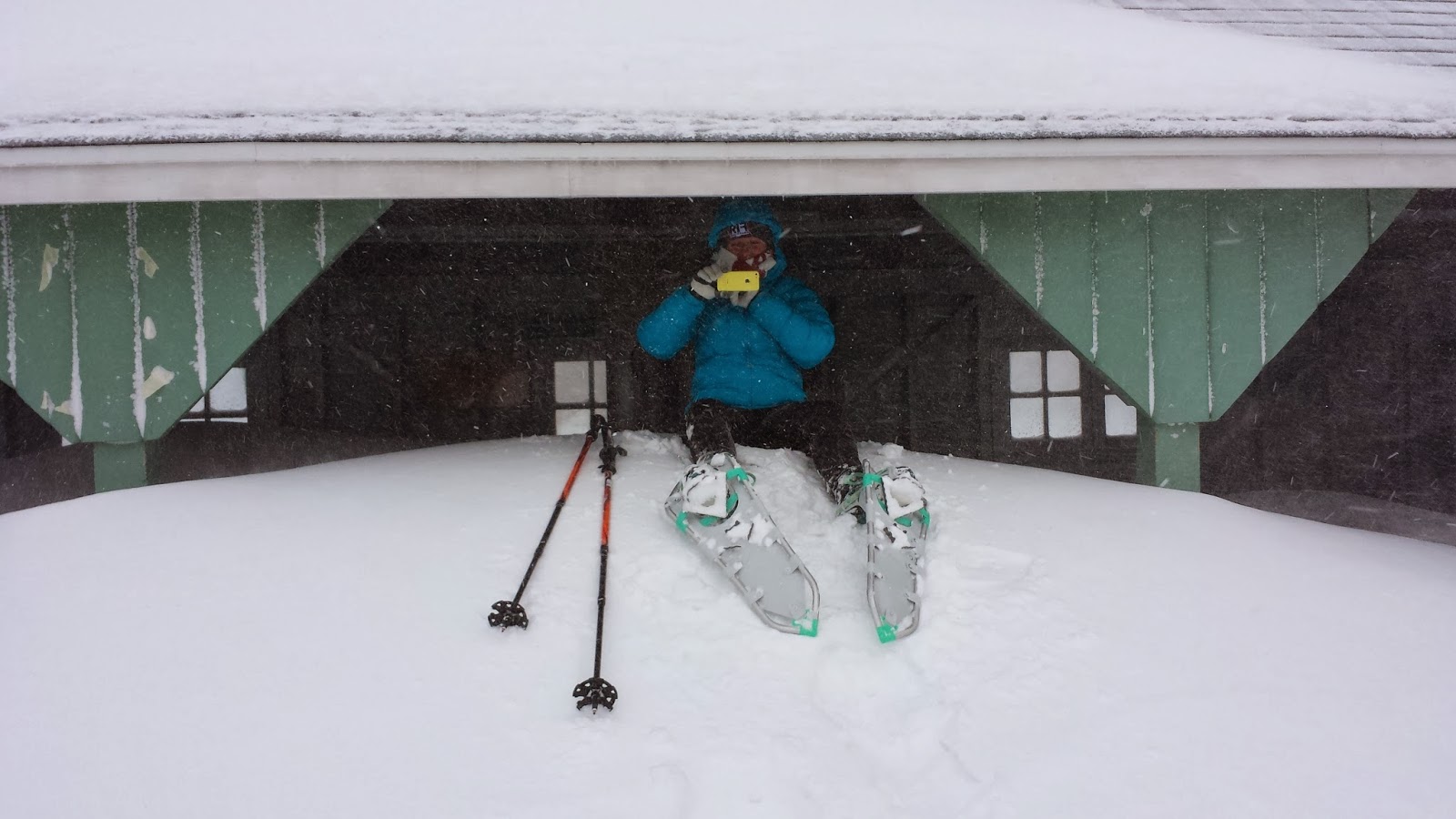 We had quite the adventure investigating the campsite shelters! 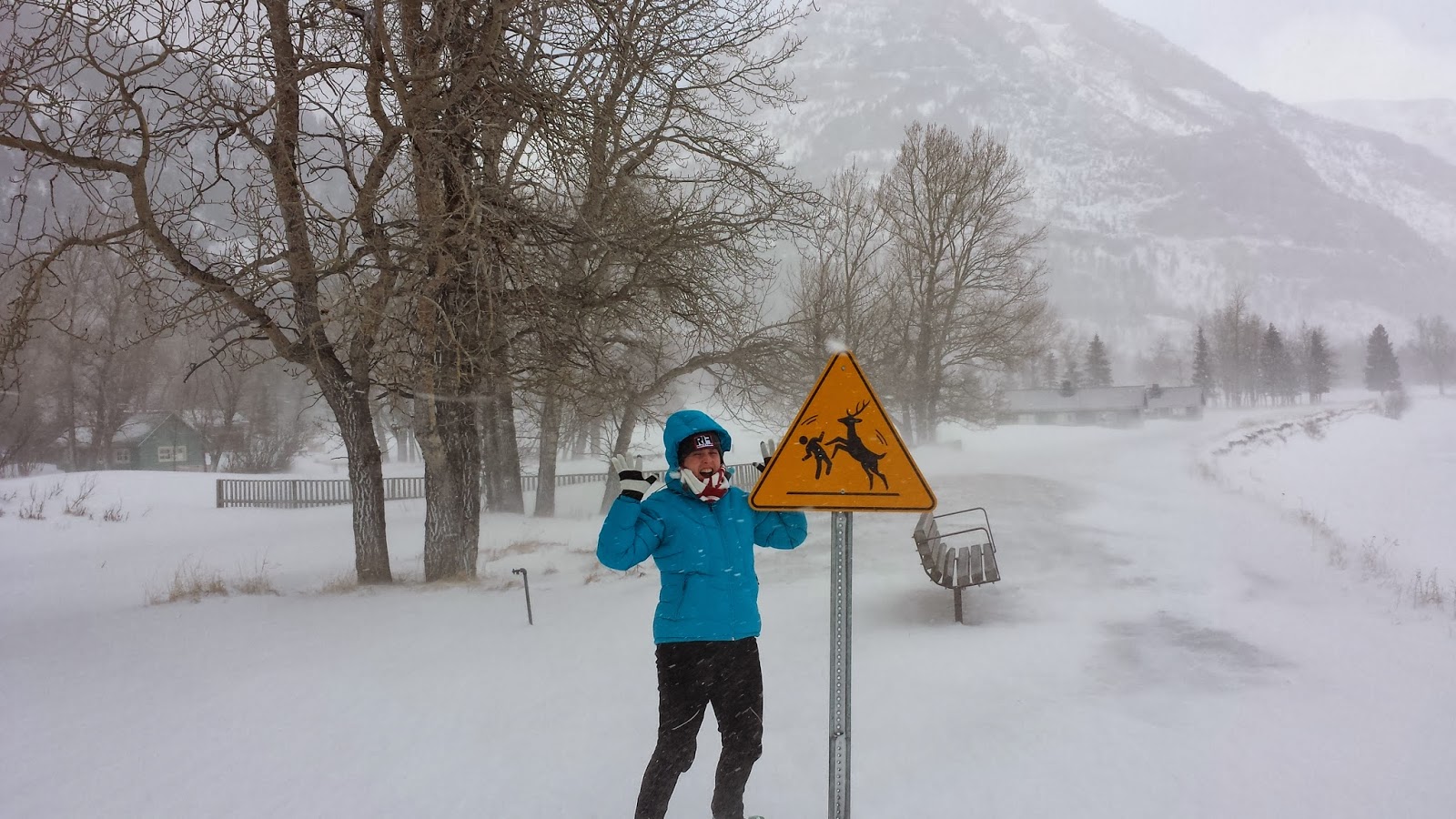 Something about angry wildlife. 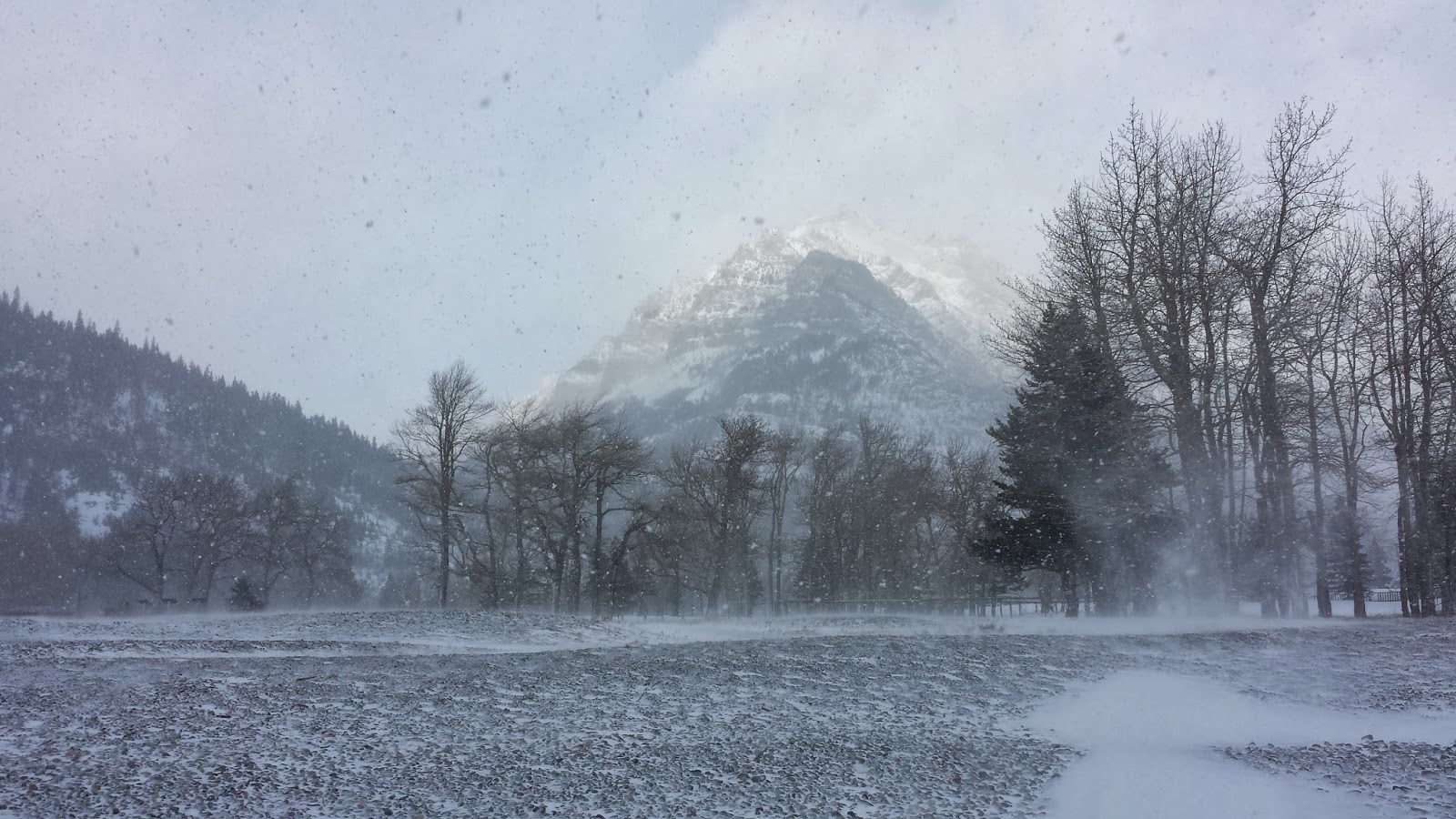 After exploring the townsite we drove to the base of the Prince of Wales drive and snowshoed up to the hotel.  If you're familiar with Waterton you'll know the hotel sits on a hill overlooking the town and happens to be in the windiest spot ever.  The trekking poles were hurtling away toward the edge enthusiastically as I took this. 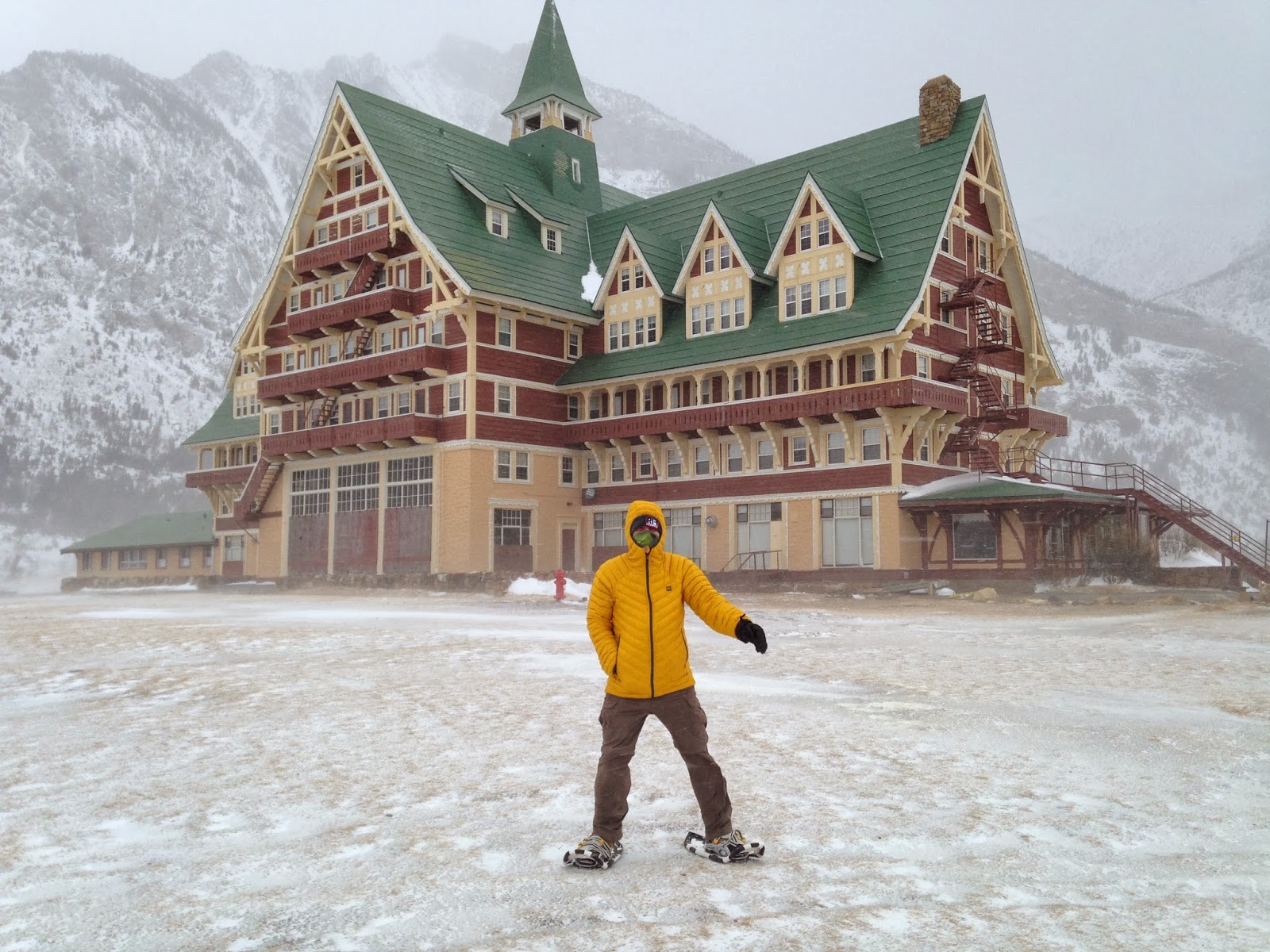 Up here the snow is like grit being hurled in your eyes at great speed so we have trouble both staying upright and trying to enjoy the view.

Sitting there all shuttered up it always reminds me of The Shining. 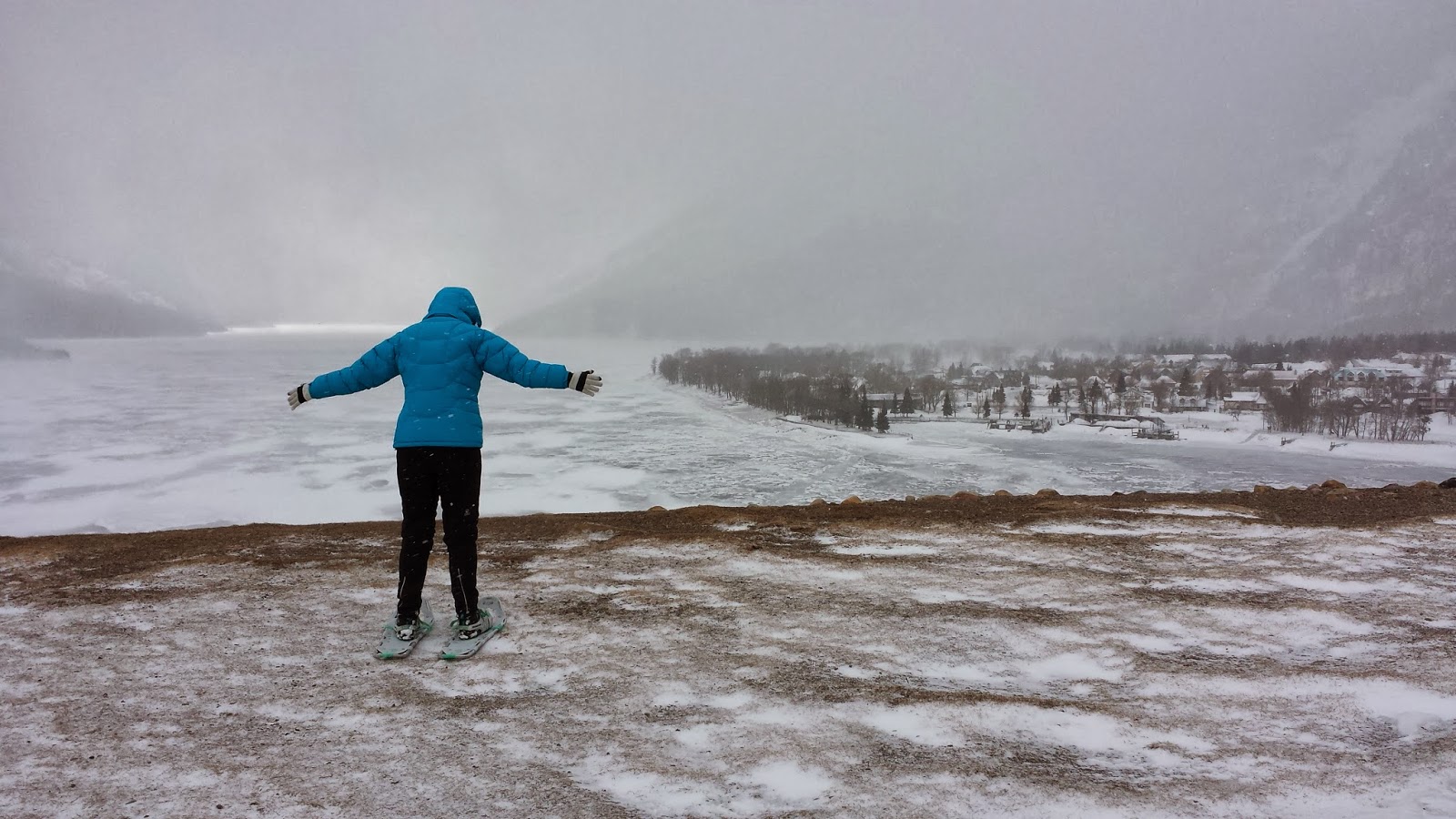 After this adventure we drove toward the gate again and discovered sunshine!  I think Waterton must sit in a micro-snowglobe.

Later in the evening the Olympics are on telly, there's a warm fire and dinner at Vimy's.  Perfect.