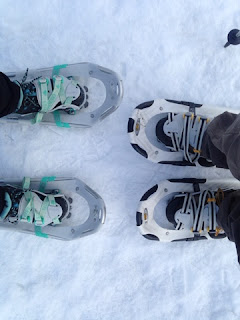 Sometimes with long runs scheduled on weekends I don't get out hiking or snowshoeing as much as I'd like, or at all.  This is crazy given how close to these beautiful mountains we are.  Last Saturday I randomly chose a trail we had hiked and camped at in the summer a few years back - Ribbon Falls. 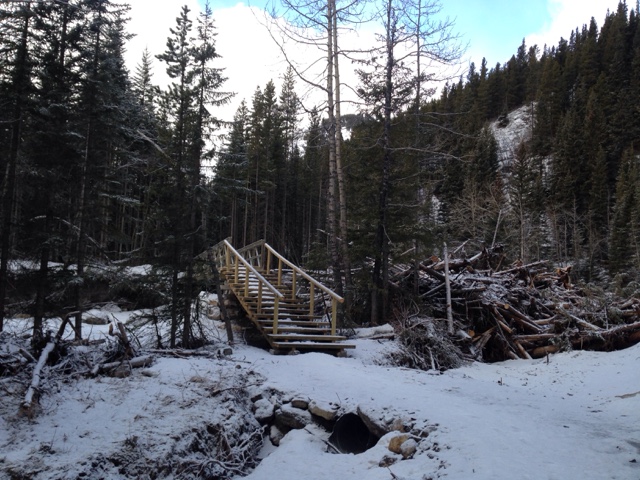 This trail was taken out by the 2013 flood and has been rebuilt, the stairs are a new addition along with several other bridges.  It's very beautiful as it follows Ribbon Creek up a valley to the falls.  Views are fairly open along the way. 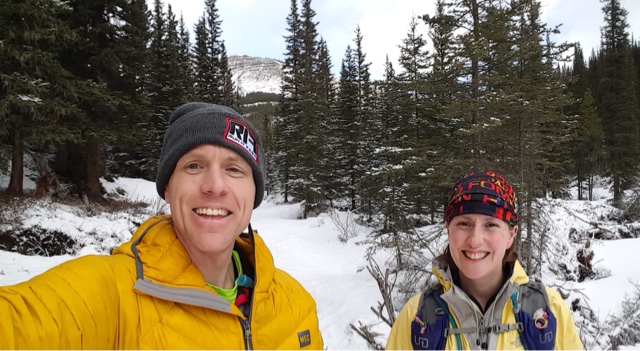 We are having a warm winter and I hadn't realized just how little snow there would be lower down.  On the way up light snow over the ice covered trail meant we could lug the snowshoes and hike in boots.  We didn't encounter deep snow until about 5km further up. 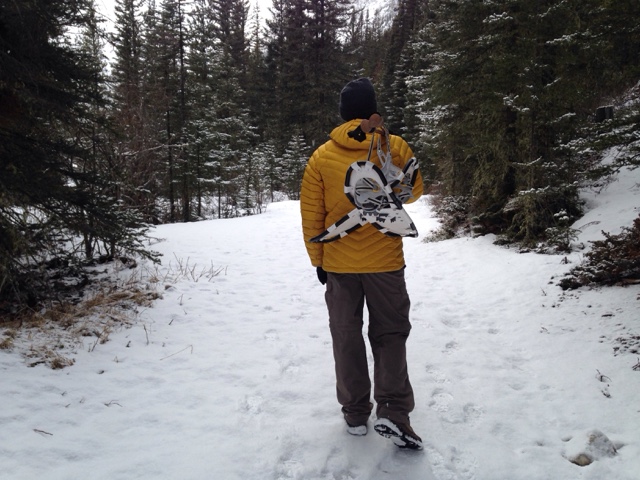 Other than 1 group who were hiking in boots and yaktrax we had the entire place to ourselves and they turned back before the deep snow.  Note, in the winter this trail isn't maintained after North Ribbon branches off and has avalanche hazards beyond that point. 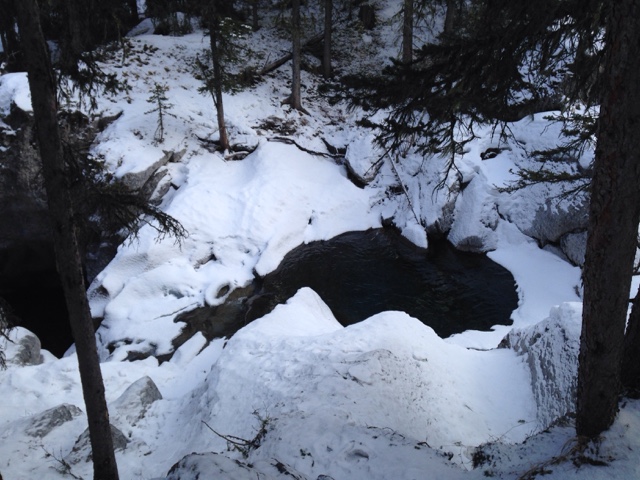 For some reason my boots were scraping the hell out of my heels, I left it too late to tighten them so that sucked.  It got considerably colder and windy as we climbed with a blast of snow shower at the end. 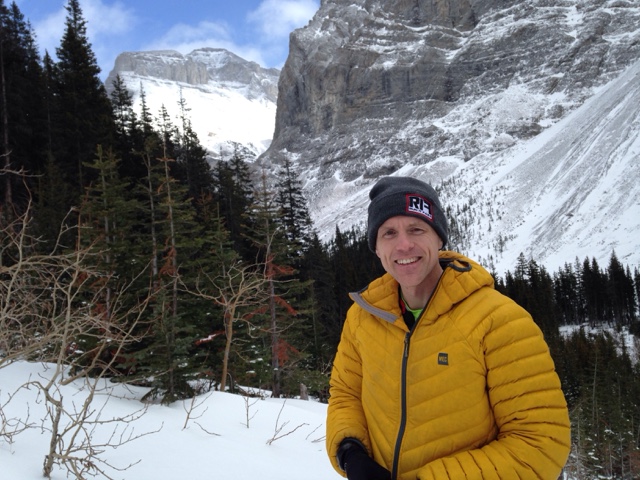 Destination!  Ribbon Falls, frozen except for that little triangle behind me.  It was too cold to sit for more than 5 minutes so we headed out chased by the snow cloud. 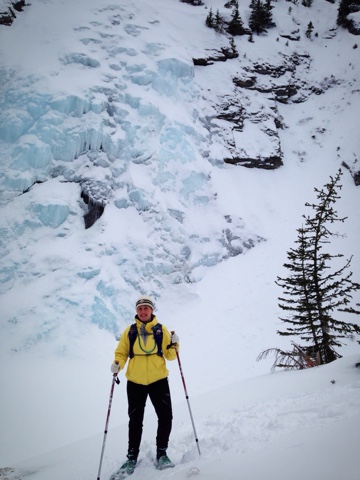 The summer version of the falls looks like this: 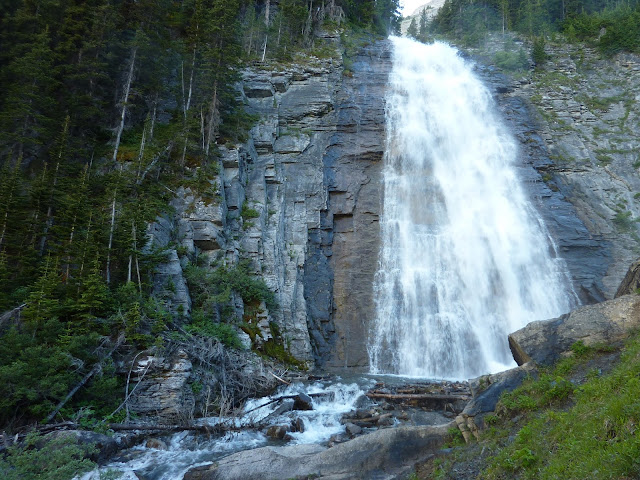 We tried taking off the snowshoes on the way back, I managed a few minutes then fell on my face so right back on they went.  The trail was covered in thick ice and with the snow cover mostly gone it was extremely slippery. 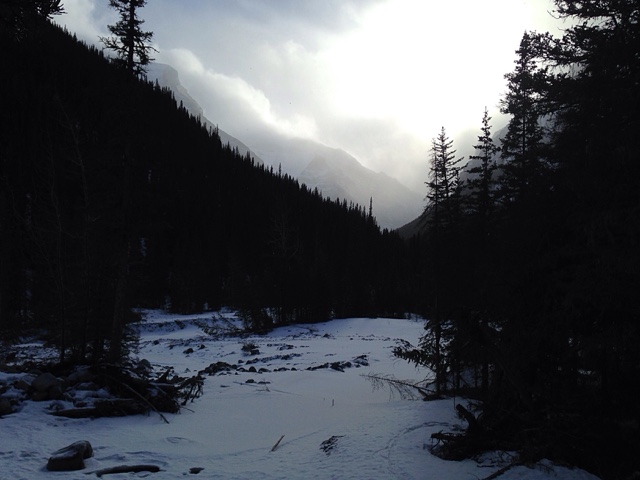 The highlight of the trip was this guy, a Canadian Lynx, of course we only had our phone cameras.  He veered off the trail ahead and patiently sat in the woods watching until we went by.  So beautiful.  Such a fuzzy face. 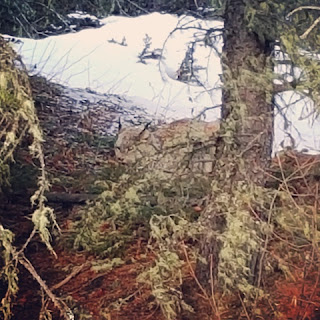 I definitely want to do more snowshoeing - after my heels recover.  There is more snow cover up in the Lake Louise direction, so we may head that way next time.
Labels: adventures Kananaskis mountain therapy snowshoeing