This is a time of year I really enjoy, choosing races then planning trips and putting training together.  2017 brings two big goal races in the first half of the year, Jackpot Ultra 24 hour in February then The Pittsburgh Marathon in May.  Can I count Jackpot as one of my long distance runs toward Pittsburgh?

The marathon plan will pick up after Jackpot which will already have given me a solid running base, assuming it doesn't finish me off altogether.

This is based on Run Less Run Faster with a focus on three targeted runs per week and cross training.  I've been injury free for over a year after previously having ITBS and Achilles issues plus I've run PRs with this plan, so for me it is working well.  Running less does not make you less of a runner.  The variety in cross training keeps me energized and anything fun like Zumba is exercise/training by default which I consider a win.

I believe strength training is hugely important for avoiding injuries. It hurts and it's hard but it really does make you stronger.  I train with a great group at work, we bring in our person (who we refer to as Fitness Barbie) twice a week and basically she tries to kill us.  We pay her to do that which I find amusing when I'm collapsed on my face during push ups. 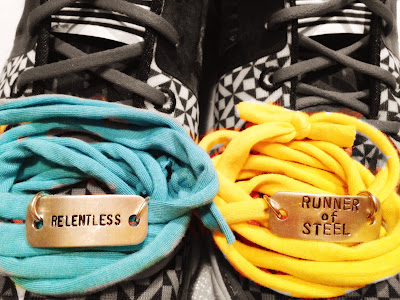 I've had a good second half and a good first half in Pittsburgh, just not in the same race.  This year I would like to put everything together, get my fueling right and aim for an 'A' goal of running the marathon in under 5 hours.  My 'B' goal would be a PR of 5:14 or less.

The Steel City Road Runners and P3R are leading the official marathon kickoff run on January 7th.  If like me you can't make the official event, why not join in virtually?  I'll be putting on my Pittsburgh gear and hoping it's not -30 outside.  Then there will be a little run followed by cookies.  Hashtag your pics with #GameOnPGH and if there are cookies left over let me know.