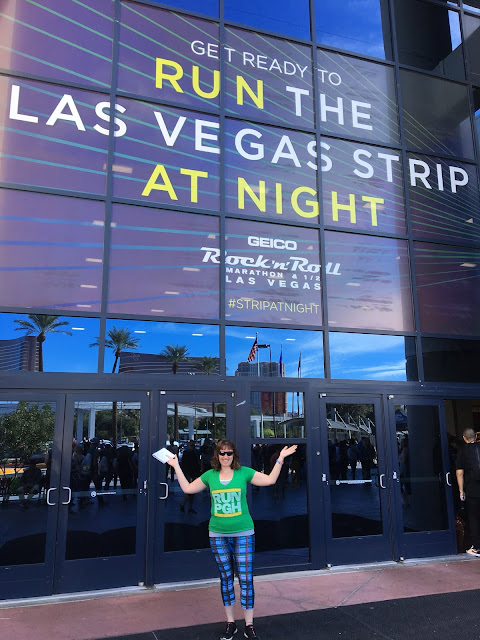 I started out Saturday in chilly Calgary and finished the day looking at a shiny new 5k medal from my bed in Treasure Island.  Travelling internationally to a race the morning of that race is not something I plan to do often.  Things worked out well for us in this case, we landed, took a pic with Miss Trinidad at the airport (because Vegas), picked up the car, hit the Cheesecake Factory, grabbed bibs at the crazy busiest expo I have ever seen, checked into our room, got changed and walked half an hour down the Strip for the start of the 5k. 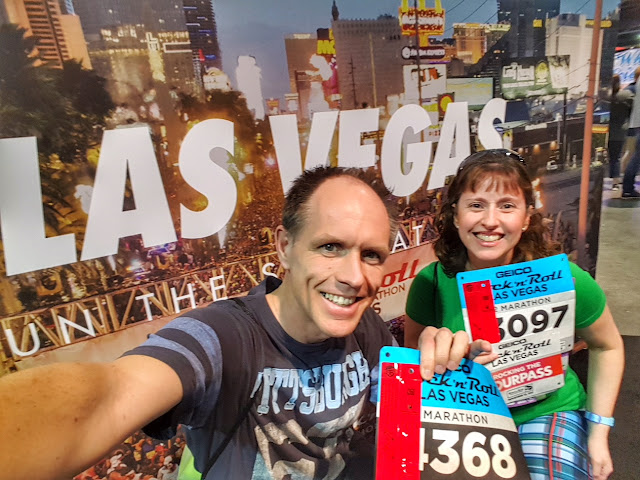 Quick note, if you have a Tour Pass there's a special line up in the merch area thus avoiding the astronomically large winding lanes in general line up. So don't leave the thing in the car.

It was getting dark just as we arrived at the festival grounds.  This year our headliner was rescheduled to Saturday which was actually pretty awesome as we ran first then got to chill out with the show. 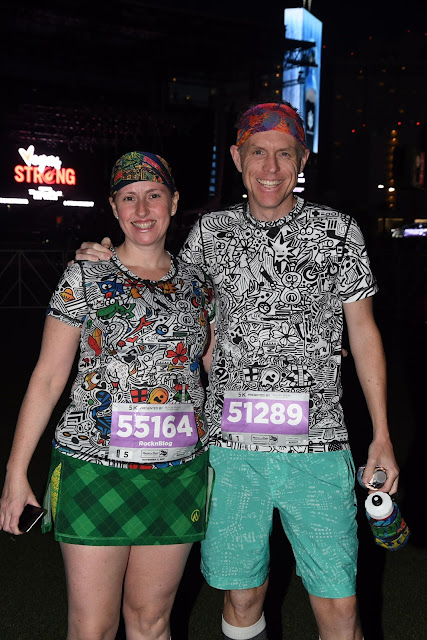 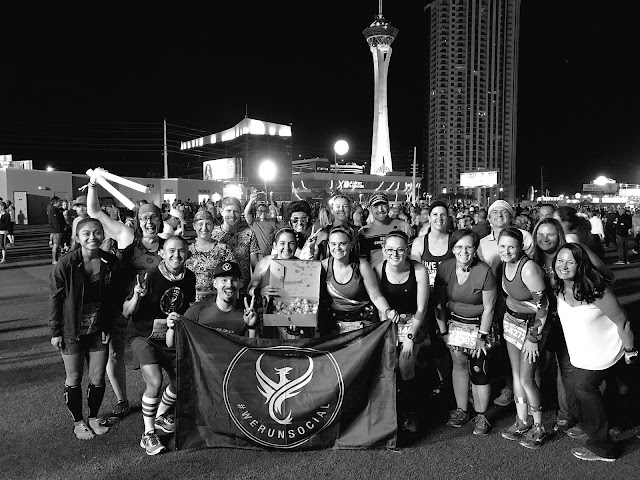 I ran the 5k with Kev as usually we do the Sunday race together but this year he was running the marathon.  That got a no from me. And an LOL. We bumped into Brandi in the start corral, this is one of my favourite things about running.  We never plan to meet but we literally always do. 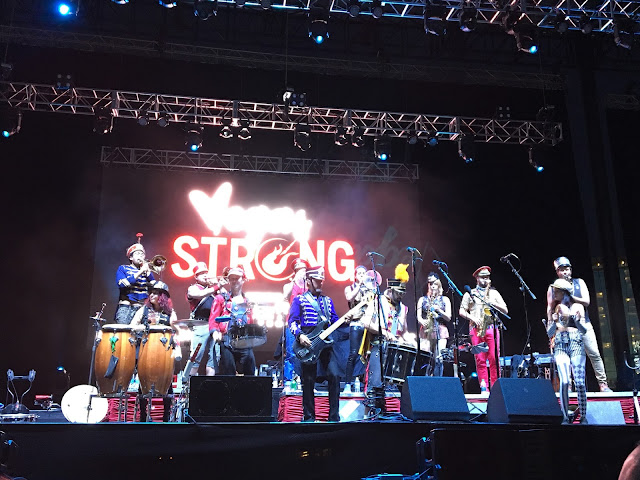 Before and during the run March Fourth were playing on the big stage, they were extremely entertaining.  We ran out past the back of Circus Circus, turned on a side road and made our way back to the lights.  I'm at a point where I have to re-learn how to run competently so I just enjoyed all the bands, music, lights and occasional Elvi.  No watch required.

I enjoyed the course, it seems we always had something to entertain us. This year the 5k had coloured wave starts, another good idea.  There's so much space in the grounds, not to mention several large indoor bathrooms.  Winning all around! 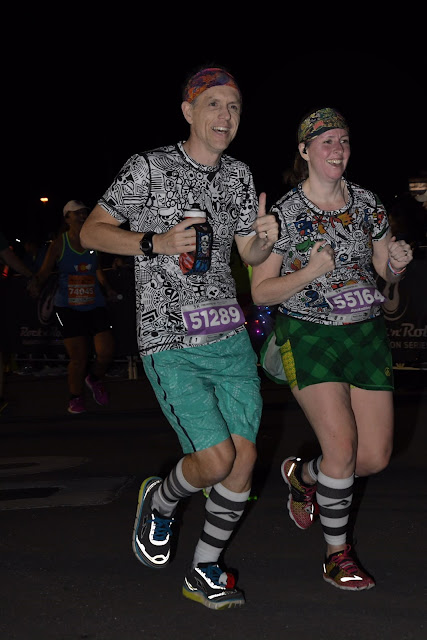 The medals were particularly gorgeous, I love the solid gold look. 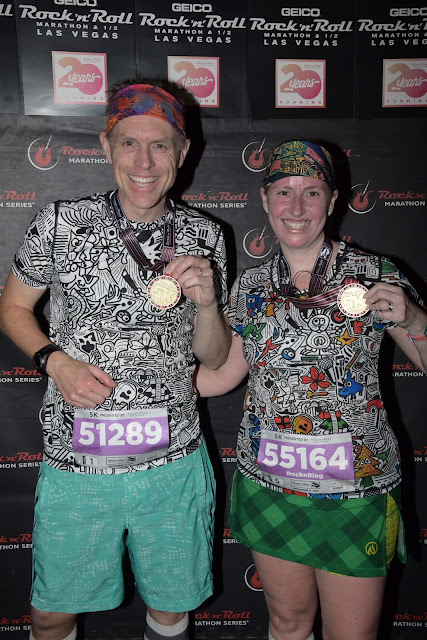 After the race we sat on astro turf with our pretzels and drinks to watch the Goo Goo Dolls.  A lovely end to a crazy day. I was surprised how much pain I was in, I guess getting up at 4 am then travelling all day followed by a race is challenging on the bits and pieces.

*As a 2017 member of RocknBlog I was provided with a Tour Pass for race entry, all thoughts opinions and other random stuff is entirely my own.