I have always been fascinated by abandoned places.  The London Transport Museum periodically offers small tours of closed down or disused areas of the Tube and I was thrilled to see this option come up during our October visit.  I had been on the mailing list since last year (though that trip did not coincide with any tours) and I got a pre-sale on tickets.

We chose the evening tour at 6:45 and getting from our base at Tower Bridge over to Euston was definitely an adventure.  Rush hour is insane in London.

I couldn't read the latest email properly on my phone and thought we were meeting outside the old Leslie Green station on Melton.  We weren't. 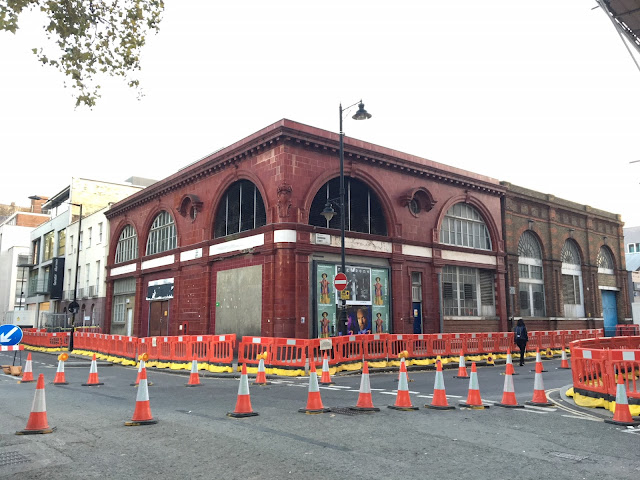 It was however, nice to see it before it is torn down for the HS2 project.  The penny dropped after seeing no other people except curious construction workers and we had an invigorating sprint over to Woburn four blocks down. 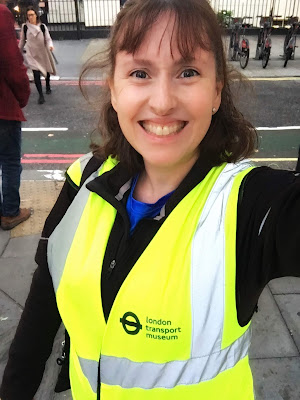 Just made it!  We were signed in and issued with high vis vests before being ushered upstairs to watch a slideshow on the history and building of the station and line.  That was about 20 mins.

And now, the best bit.

It is already quite dark as our small neon yellow group of 20 heads down to platform 6.  There's a locked door at the end of the platform and we are going in.  The door is locked behind us.  It's dark, dusty and quiet.  We immediately go up a flight of stairs and find an old ticket booth. 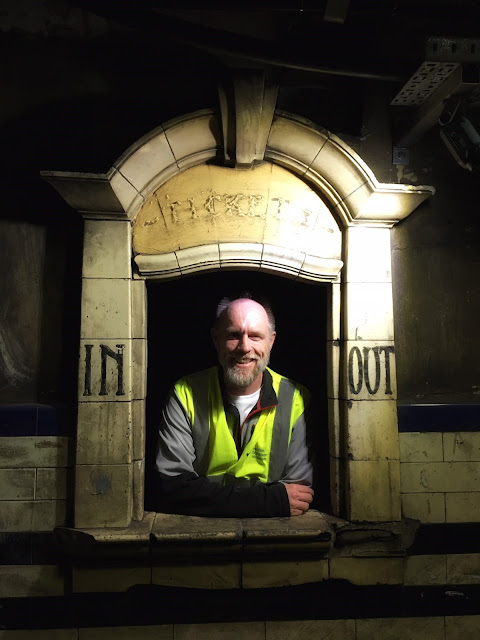 You could set a horror film down here easily.

The walls are covered in original sixties posters and advertising.  We are relying on the camera flash to see them properly.  We've stepped back in time, without the people. 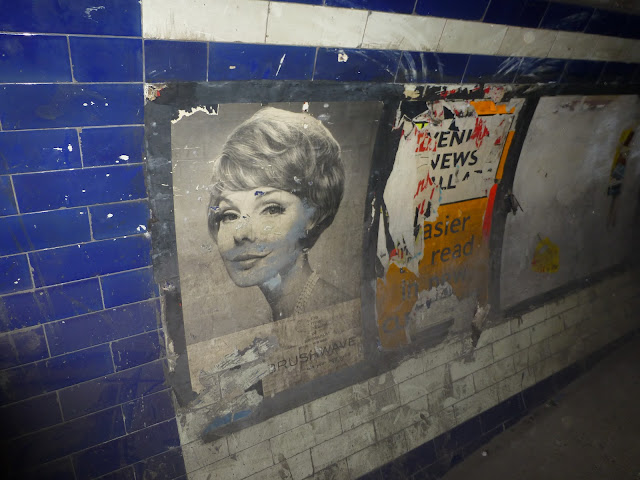 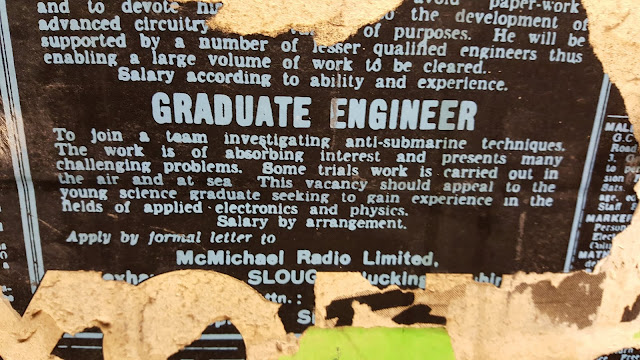 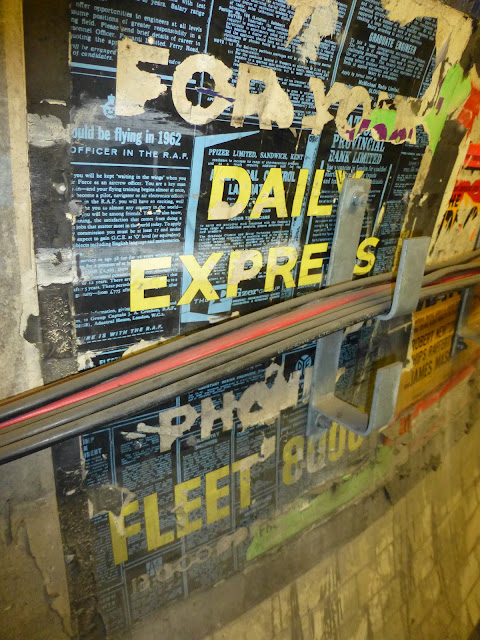 These tunnels connect what were once two separate underground rail companies/lines.  They were combined into the Northern Line then when the mainline station was rebuilt, the tunnels were closed off completely on April 29th 1962.  They are now used only for ventilation.  This is the passenger notice. 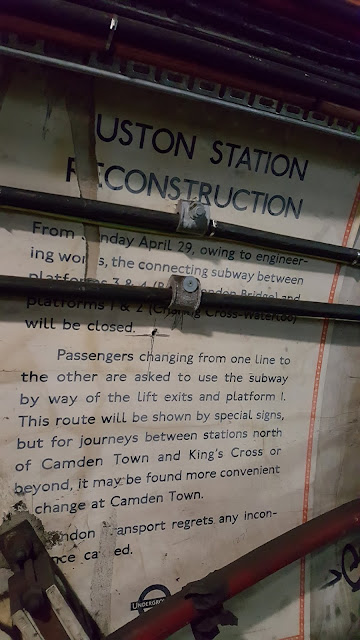 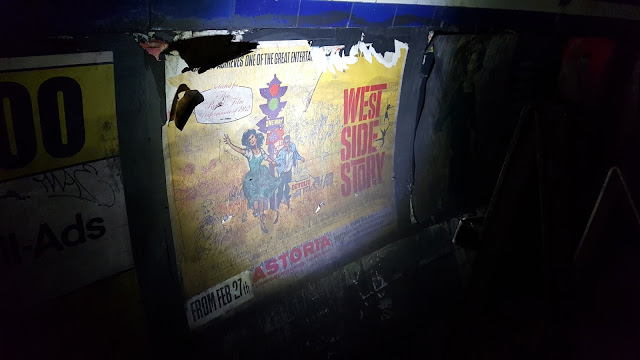 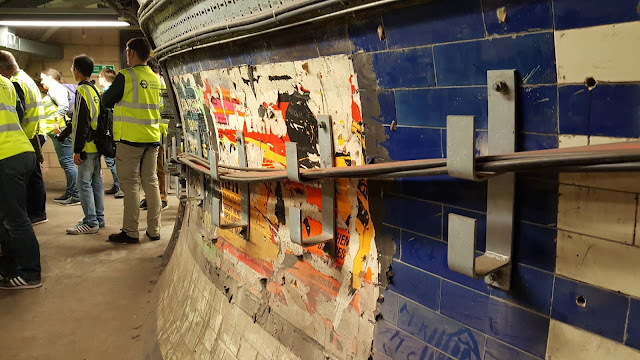 Psycho poster.  That would've been great to see at the movies when it was first released. 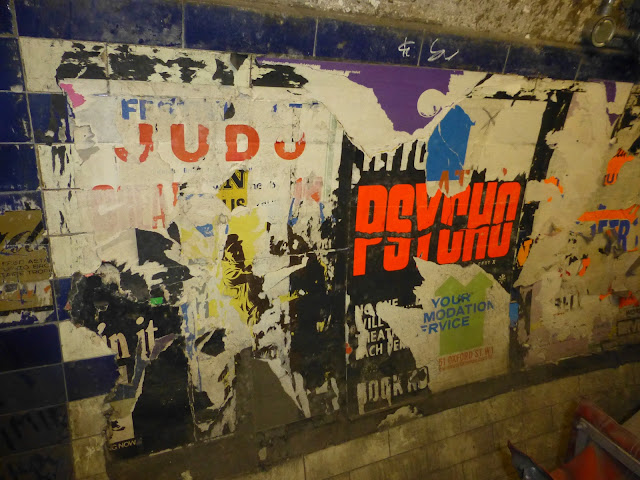 This area is also being used for storage of 'railway things'. 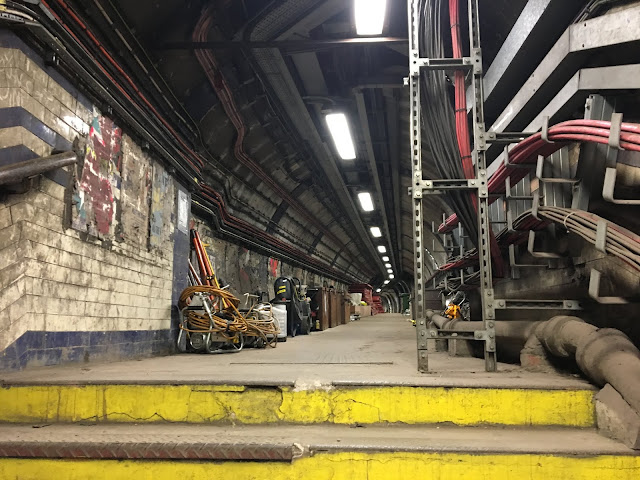 We enter a completely dark section to view a lift shaft.  There were originally two lifts to connect with the mainline station above. 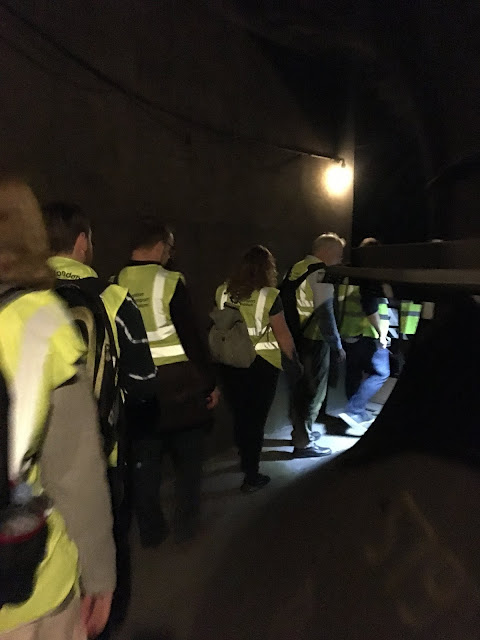 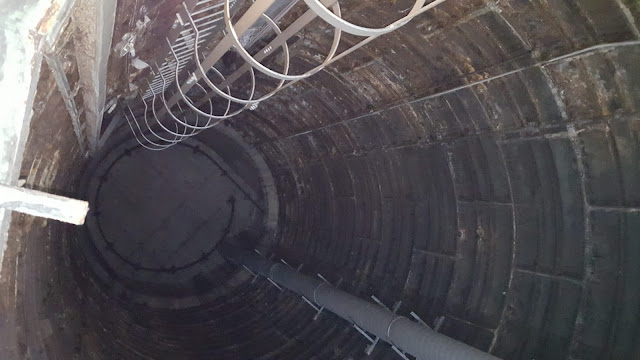 This is the roof of a train sitting on the platform below through the fascinating viewpoint of a ventilation grill.  We watch trains arrive and depart for a few minutes which creates a nice breeze.  It is warm in the tunnels. 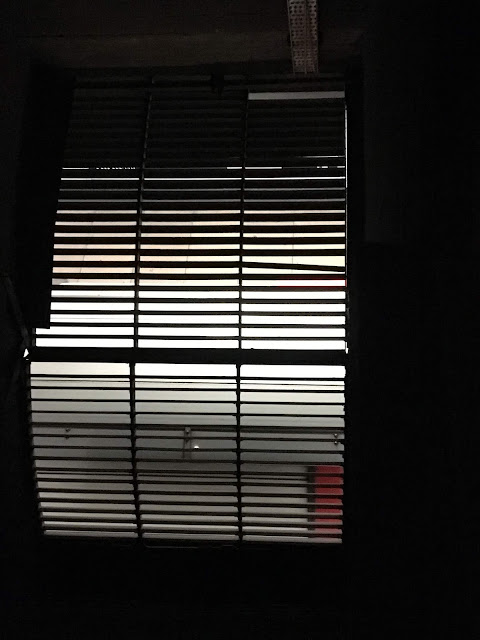 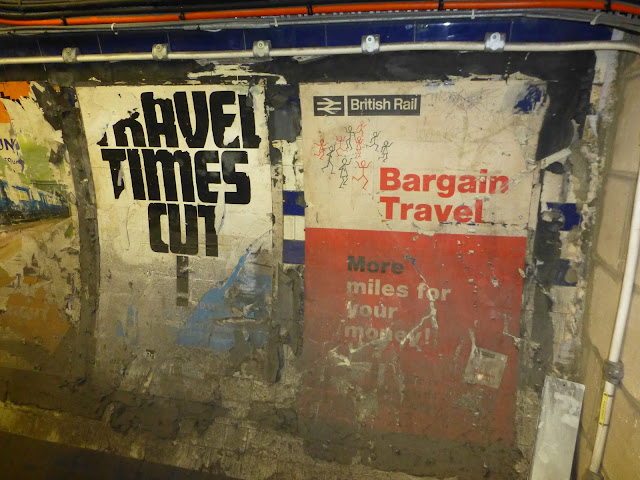 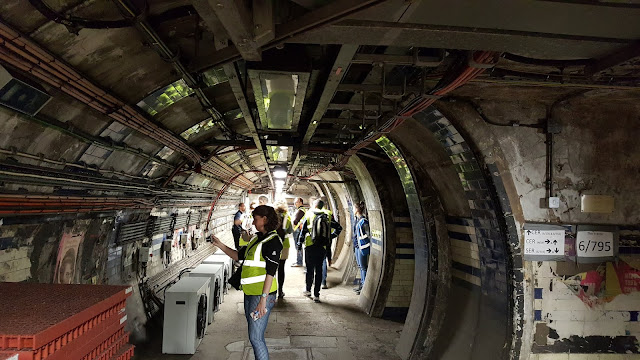 I loved every second of this tour, especially since the tunnels are preserved in original condition with so many sixties posters and adverts.  Quiet and dusty yet right next to the busy platforms of Euston.  It felt abandoned and secret, like we had stepped through the skin of reality.  It very much reminded me of Stephen King's Crouch End where the real world of London can be heard but you are in fact entirely displaced from it.  Fabulous.

This is my favourite.  I think it captures the spirit of the evening. 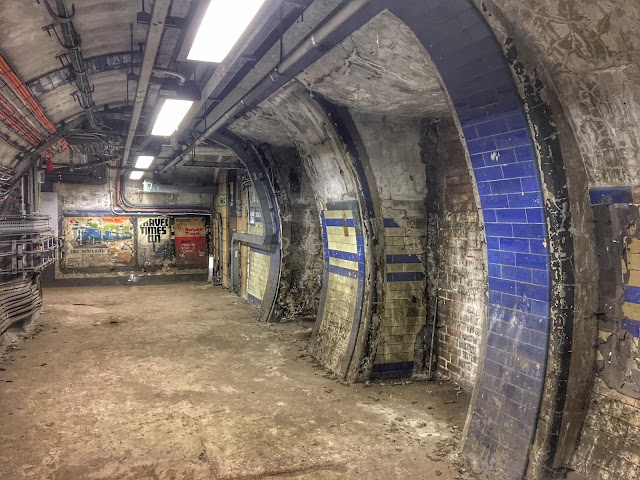