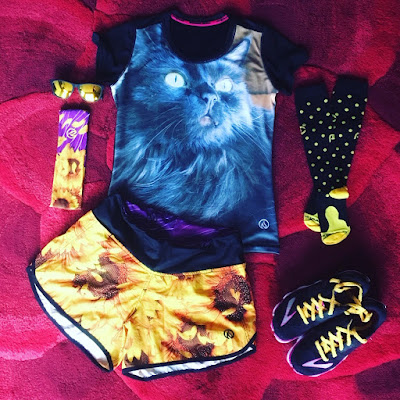 Parking was so easy yesterday we just drove over for the 5k again.  Usually we stay downtown but this year we went VRBO for the entire trip and did we ever find a nice place! Best view in Pittsburgh, opposite Grandview overlook.

I had this tech shirt made last year and I wanted to wear it for Sia because frankly I wasn't dealing with her loss well and I didn't know what else I could do.  This was at least 'a thing'.

We had time to find Chelsea and the We Run Social crew before the race.  So nice to see all their smiley little faces. 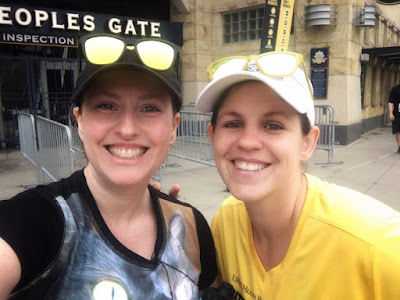 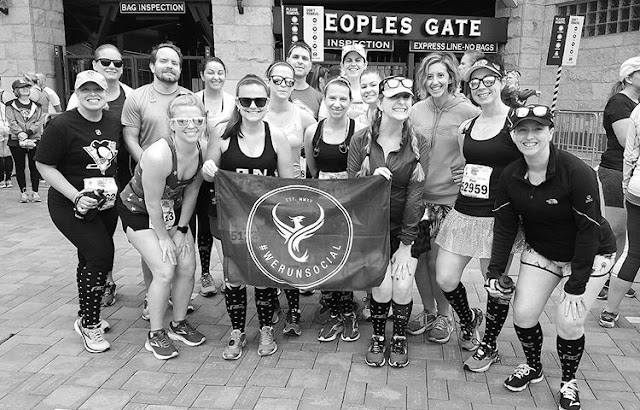 The 5k is the first part of The Steel Challenge and it sold out this year with about 4000 runners.  I started near the back of the first wave because I honestly couldn't get focused on running.  It's a lovely course and always one of my favourites.

The route was different in that we started in the opposite direction from '17 toward Heinz Field.  I immediately noticed the humidity (Calgary is very dry) and I like it but it made running a little tougher.

We skirted PNC Park then did a loop around the Commons before heading to downtown over the Roberto Clemente.  It was very cool passing right by two major stadiums.

This right here is why the outside edges of my shoes wear out so fast... 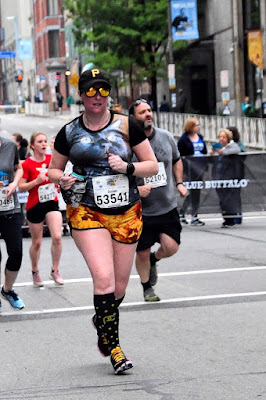 An army corps overtook me running cadence and I kept up for a bit to listen to them (I can barely even talk while running).  It was the highlight of the race!  They must have been so hot in their uniforms and boots and one poor guy kept dropping back and being pushed forward by his friends.  I felt his pain. 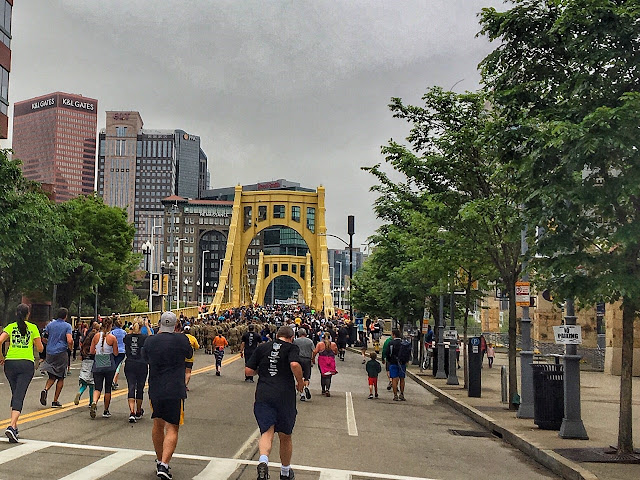 Early on I could tell running was taking way too much effort so I walked a lot of the course.  Marathon tomorrow!  Who can resist a finish line zoomy though? 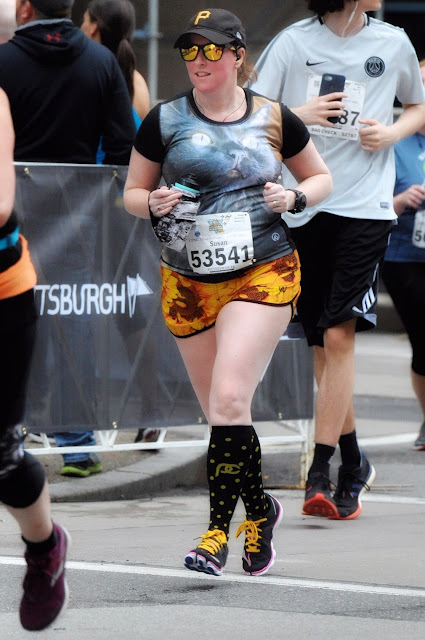 Part 1 of The Steel Challenge done and I saw the medal for the first time! 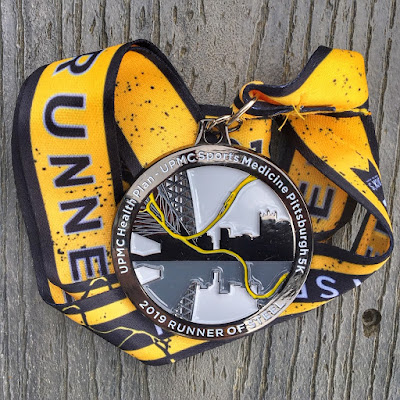 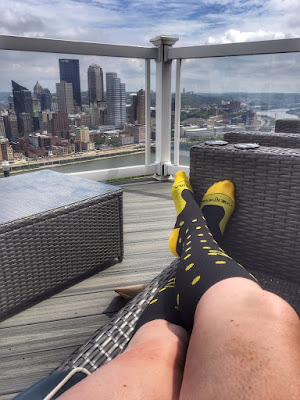 Labels: 5k back to back races Dick's Sporting Goods Pittsburgh Marathon Steel Challenge we can do hard things