Nuu-chah-nulth is a collective term for many individual nations who have inhabited this coast for over 5000 years, the trail goes through the traditional (and so beautiful) territory of Ucluelet First Nation. 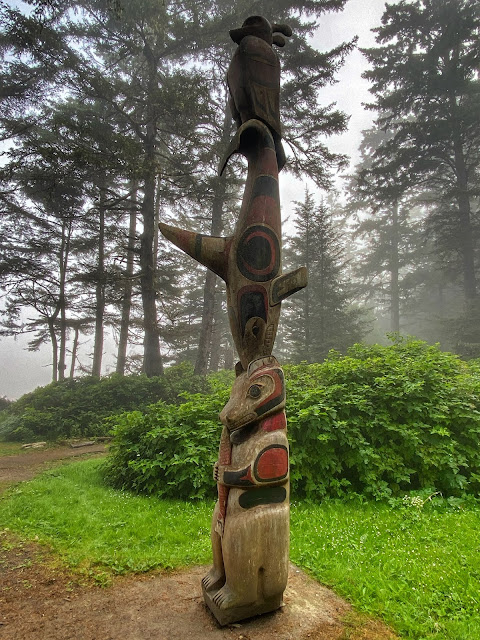 A Chief's traditional territory (Hahulthi) includes the land, the ocean and everything living and non-living within.  The Chief cares for his territory through hishuk ish ts'awalk (everything is one) which embodies respect and spiritual connection to all life forms.  What a beautiful concept. 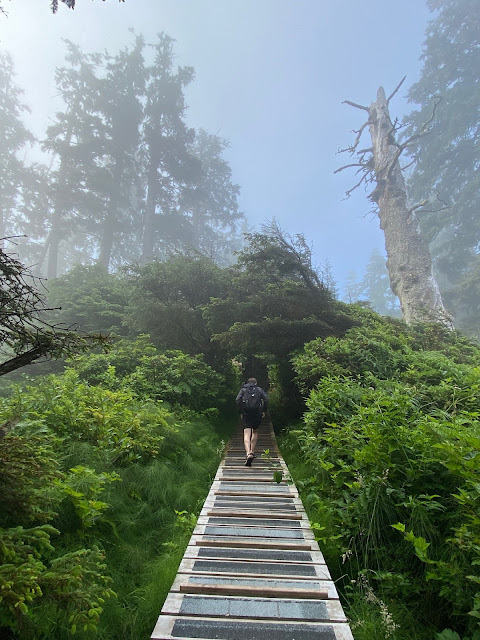 We started out early at the Kwisitis parking lot (the visitor centre is closed currently) in lovely thick fog.  Ideally you want early fog that clears so you can have the best of both worlds. 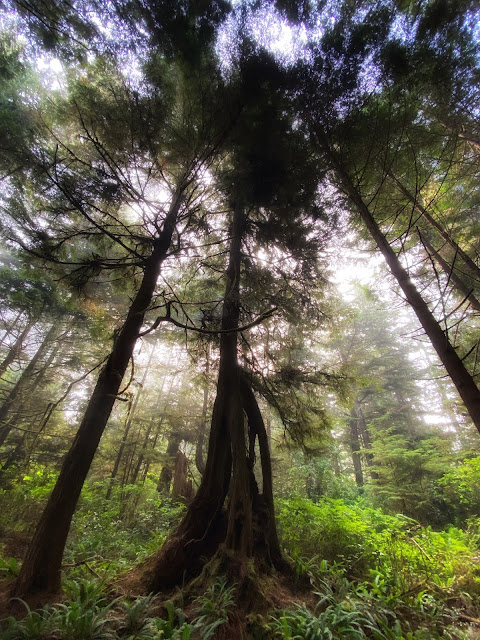 The forest is stunning during the short walk to South Beach.  At times we could barely see. 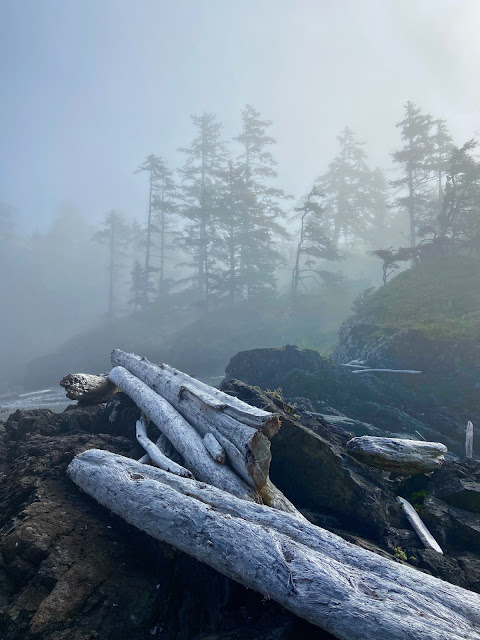 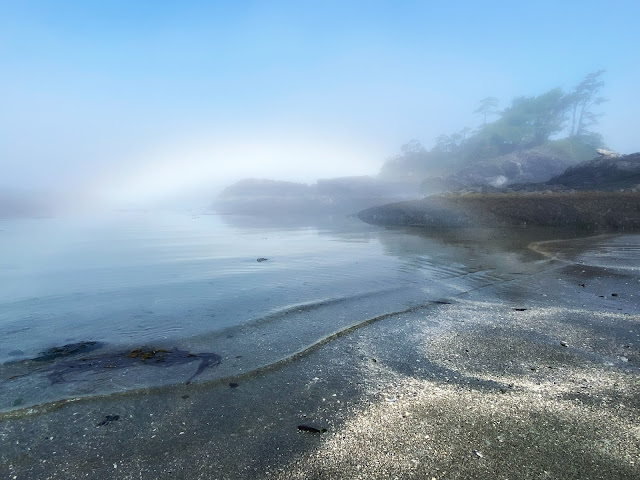 It did lift, quite suddenly.  We continued exploring the area. 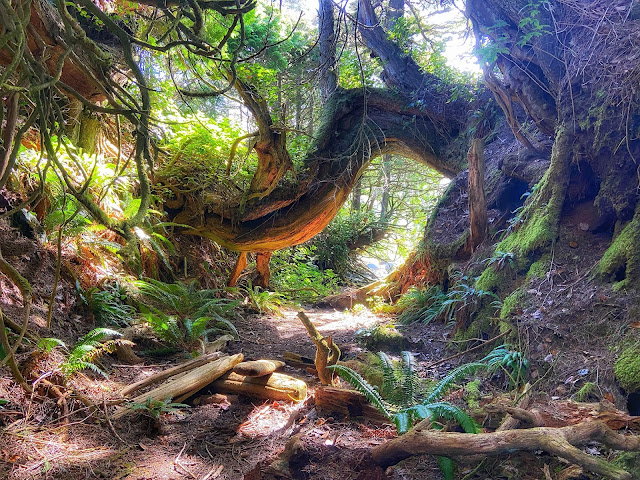 Then we found we weren't alone. 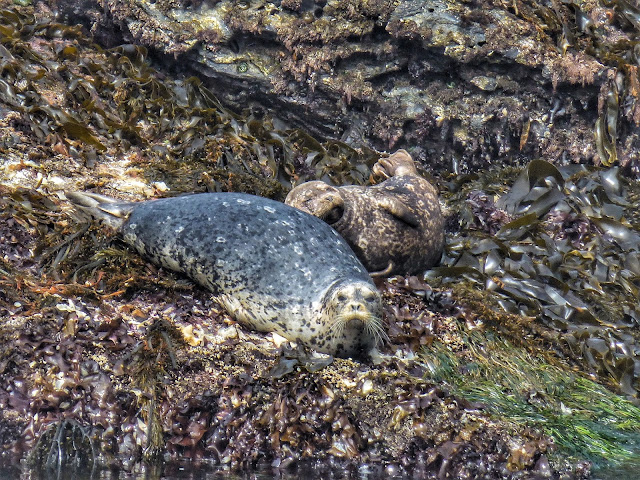 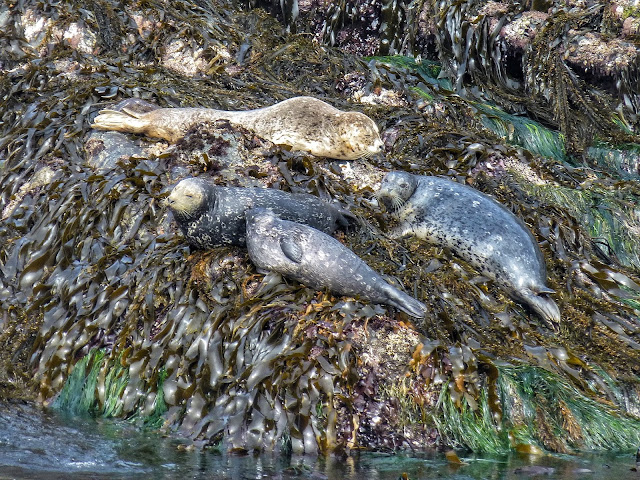 We're not as close as it looks, the seal posse was across the water.  Hard to find in this photo! 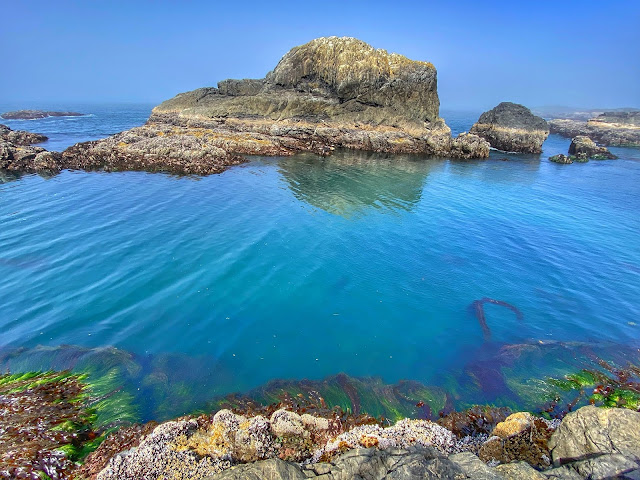 The fog stayed away while we made our way back to the trail and headed for Florencia Bay.  It is boardwalk almost all the way, with 284 or so stairs.  No, I didn't count and I'm assuming that's if you do an out and back.
There were some huge Cedars along the way, mostly at the Florencia end.  It's well worth going the whole route.  Of course there is parking at either end of this trail.  That would be called cheating. 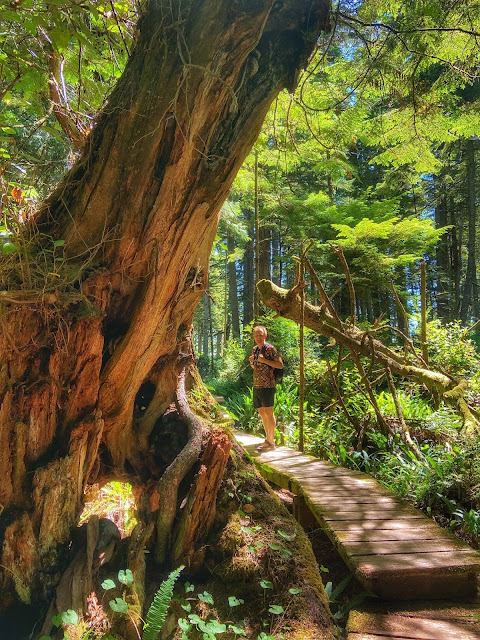 After popping out at the trailhead, we continued down more stairs to Florencia Bay North.  Despite the parking it wasn't crazy busy, maybe due to the steep stairs.  The heat went up a few notches here. 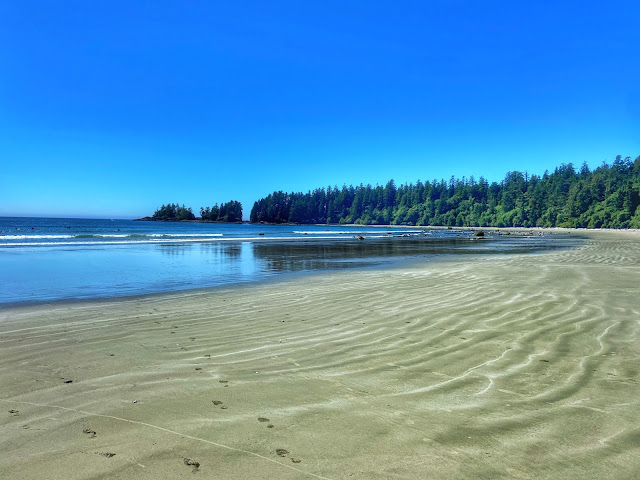 On the way back we started to see tendrils of fog above us and by the time we reached South Beach it had completely closed back in.  It's quite fascinating although I'm not sure all the people on the beach trying to play frisbee in dense fog would agree.
We did 12 kms and about 200m with all the extra exploring.
Labels: BC beach breathe freedom hiking mental health outdoor therapy trails travel vacation