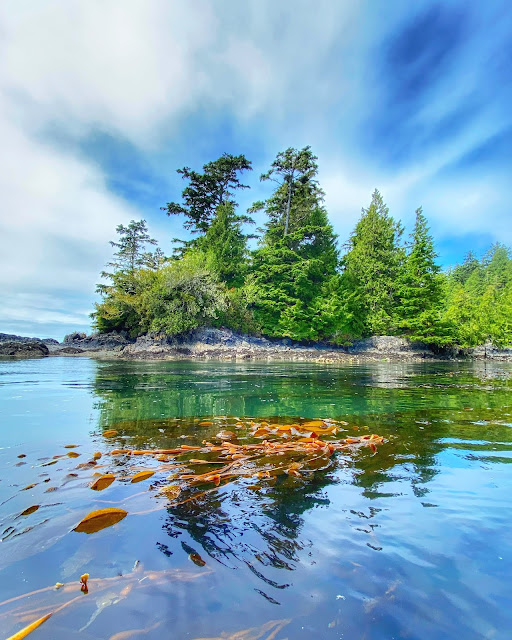 Just look at that stunning water, this scenery is really something.  Can we move here?  (No we can't, it's insanely expensive).
Since bringing our own boats was clearly impossible we booked a 6 hr trip with Paddle West on Clayoquot Sound, NE of Tofino.  I have never been in a 'proper' sea kayak before, it was really quite different.  The kayaks are narrow and rock from side to side quite a bit unless you're careful, there were 2 foot pedals for the rudder and a rigid sprayskirt. That meant less lounging around and putting my feet up than I'm used to.  All our stuff had to be strapped to the front in a drybag whereas usually I have a pocket for stuff and a bottle holder on the back of my seat (thank you Kokopelli).
We got in the water right at the little harbour by the tour office, so easy. 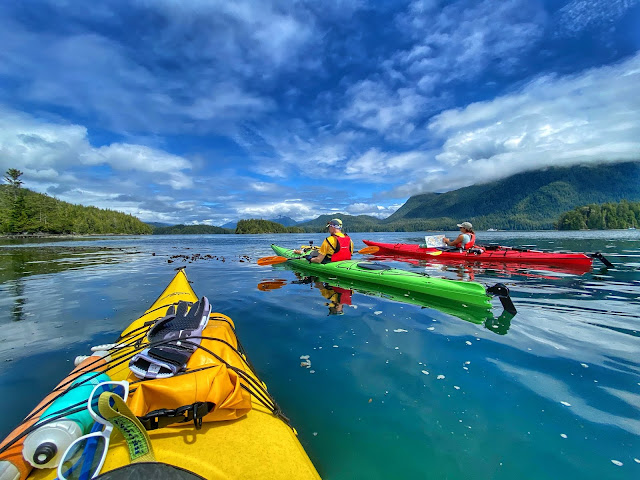 Quite early on Kev had a friendly seal following him. 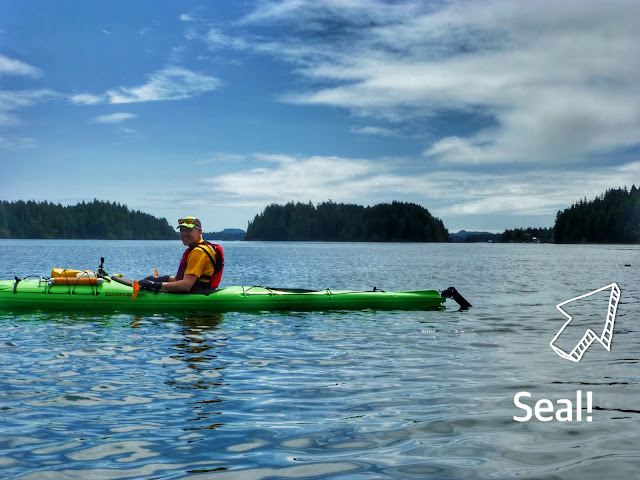 One of the best parts was the changing current, our guide was very helpful with that.  I did enjoy the part when Kev went around 360 in one though.  The waves were great fun and I loved seeing what would come next.  Around the islands it was calmer. 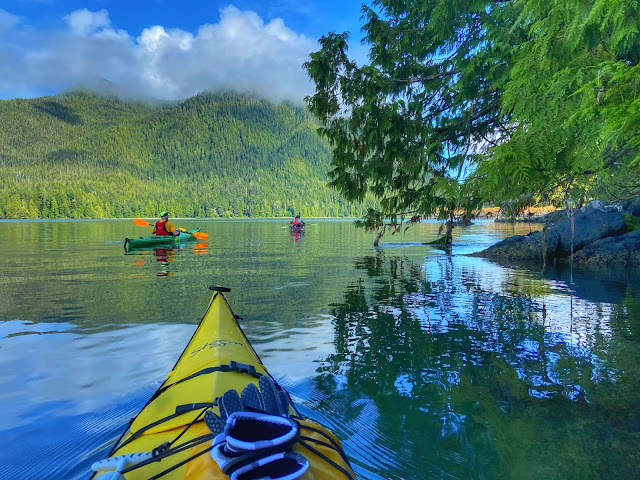 I frequently got distracted looking at stuff and found I was pushing on the left rudder pedal.  Oops.  After eating part of a local tree and finding out about barnacles, we had a landing break midway. 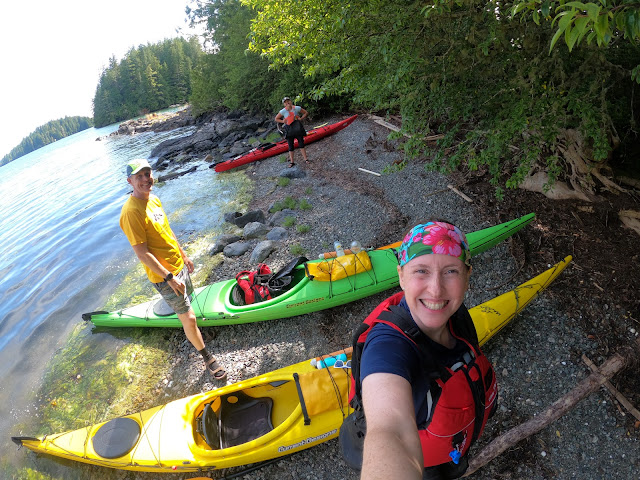 After we set off again requesting 'an adventure' we found this little pudding on his very own island.  Too cute. 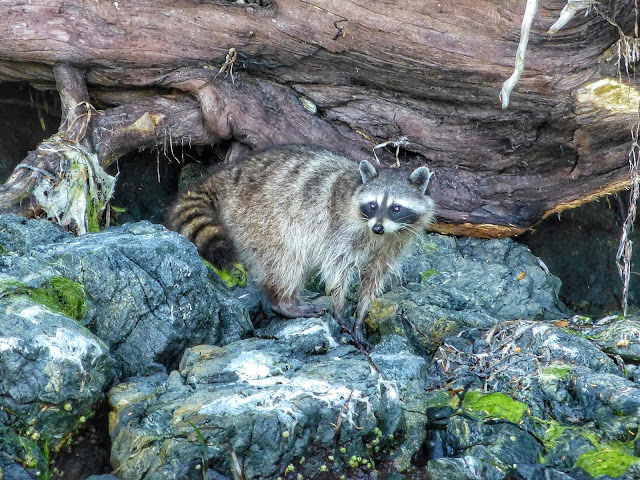 On the way back to the harbour, we could see fog rolling in again.  I could probably spend every day doing this, I bet it's never the same twice. 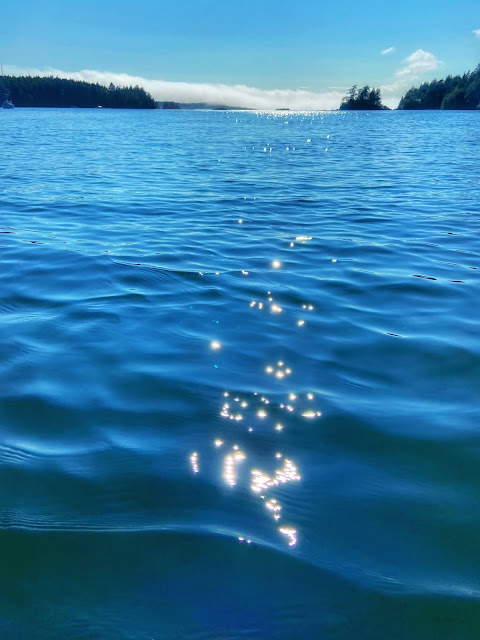