I haven't run since the race last weekend so I thought I'd just run a short distance on Saturday at a slow pace.  After about 0.5k my knee hurt like hell so I ended up run/walking the rest of a 6k.  I may have expended more effort swearing than running.

Toward the end I found I could run with less pain right on the balls of my feet, typically I run on my midfoot so it was very tiring.  I guess I should have expected some issues after the Half.

After the run we went to a marathon nutrition session from 2-4.  It was excellent, loads of info on amount/type of fluids needed and how to figure out carbs during a race.  We also covered typical eating patterns for the day and evening before a race.  I'm excited about trying some of these out over a long run or two.  Since we are looking at a hot humid race in Sept we also went through some tips to acclimate on arrival (loads of hydration) and how to get your body ready leading up to the race.  Hello hot yoga!

It was a beautiful day for a run though: 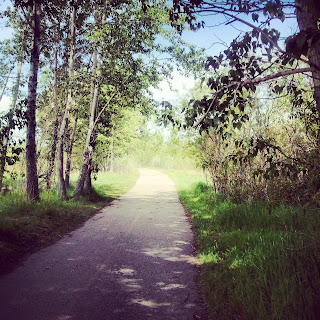 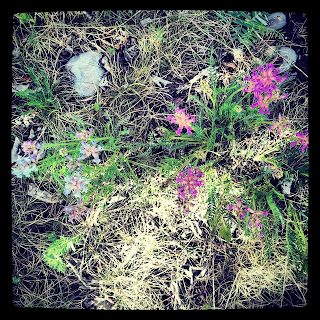 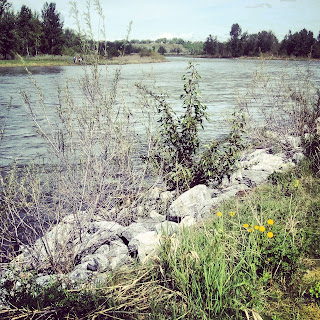 One of the things that keeps coming up in my ITBS reading is the importance of strength training for runners.  We headed off to the gym today and did an hour and a half based on what I used to do with my trainer and exercises we went through during our run class at work on Wednesday.  June just officially became strength training month.