Plans for the Week

I haven't run a step this week, my knee hurts to walk on so I'm trying to rest it.  The next Vanduzzi is scheduled for tomorrow night, just when my bruises were starting to fade.  It's worse when you know what to expect!

My Dad arrived from Scotland!  He left on Sunday to take the scenic route to Yellowstone and we are meeting him there for a few days.  I packed all our running stuff with high hopes for a couple of morning trail runs.  Fingers crossed.  We have hiked there in the past and always see new and special things, including running into a bison during a hailstorm.  (That's not something we plan to recreate).

I have several backup plans for my marathon (plans A, B & C), but currently I'm hoping to be in decent shape by the end of the month and hammering out the long runs in July/August.  I am also very tempted by the Calgary Marathon next year, we have done 2 other distances in it and it would be awesome to 'graduate' to full marathon for the 50th anniversary. 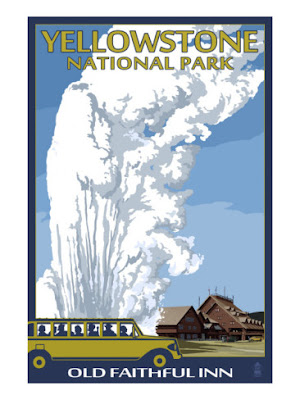