I had zero stomach problems during the race - hurrah!  We shared pasta (tomato, chicken, mozzarella) at 11:30am, I had a banana around 6pm and a few fig bars in between right up to the midnight start.  That's it.  Success.

We ate, walked around outside the hotel in the sunshine then watched a crappy film before heading off to the Hard Rock.  I never felt sleepy during the run.  I think sleeping late then being relaxed the day of the run helped.  I had no idea how crazy stressed I had been until I wasn't stressed anymore.  More vacations.

I gave this race every single thing I had.  I ran the first 10 uphill miles.  I walked the next 3.  I got running again after I thought I couldn't.  The time wasn't the part that mattered.  Running with the Mr, the moon, the shooting stars, the sunrise, the desert.  We took pictures, we took it all in.  I achieved my goal of finishing the race with time spare to check out the Little A-Le-Inn.  They even have a flying saucer in the parking lot! 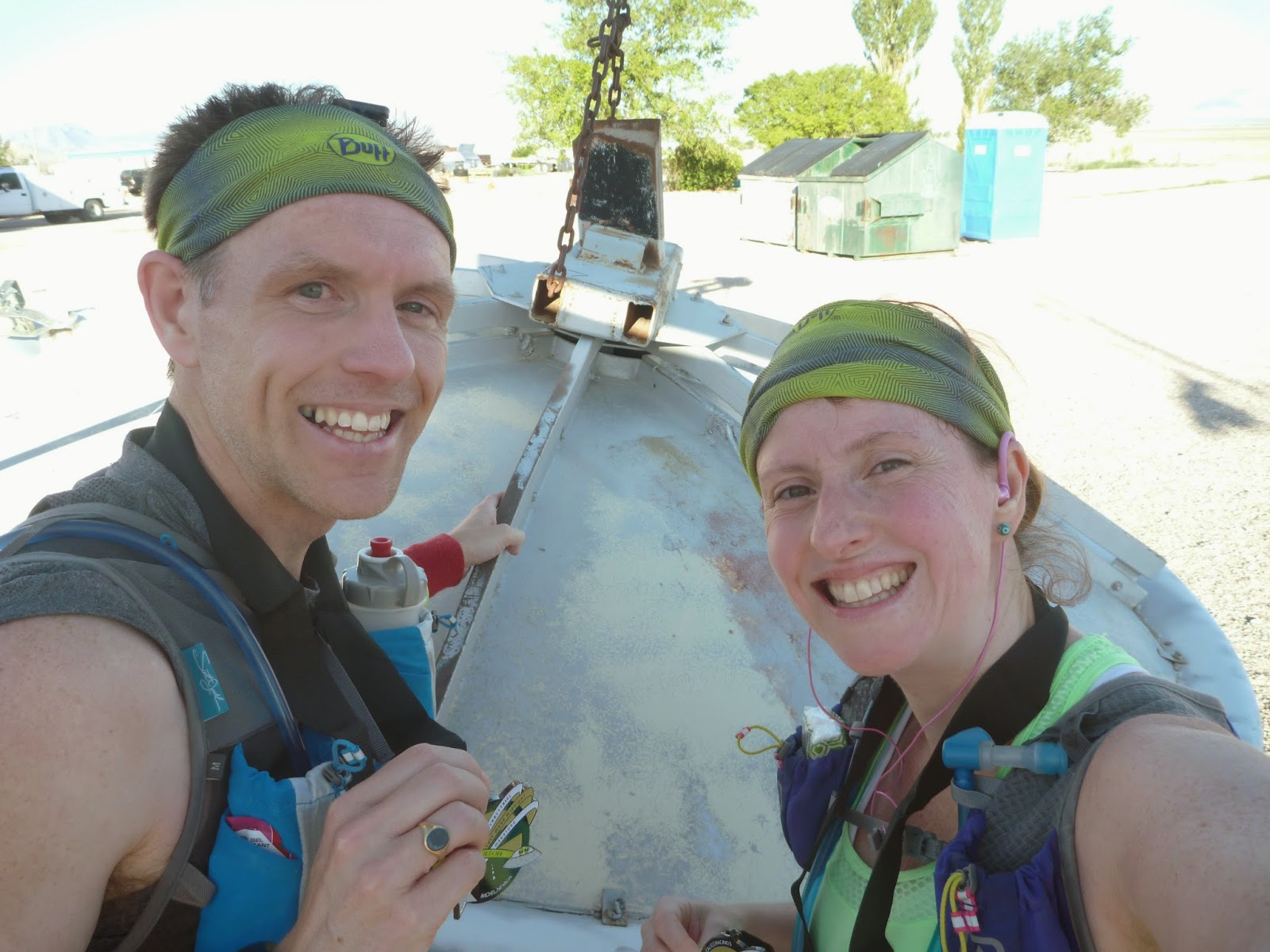 After 2 hours on a bus with the rest of the sweaty tired runners, no sleep and running through the night, the very first thing we wanted when we got back to Vegas was a Jack In The Box!  We didn't even change (sorry other customers), just drove straight there.  It was so damn good. 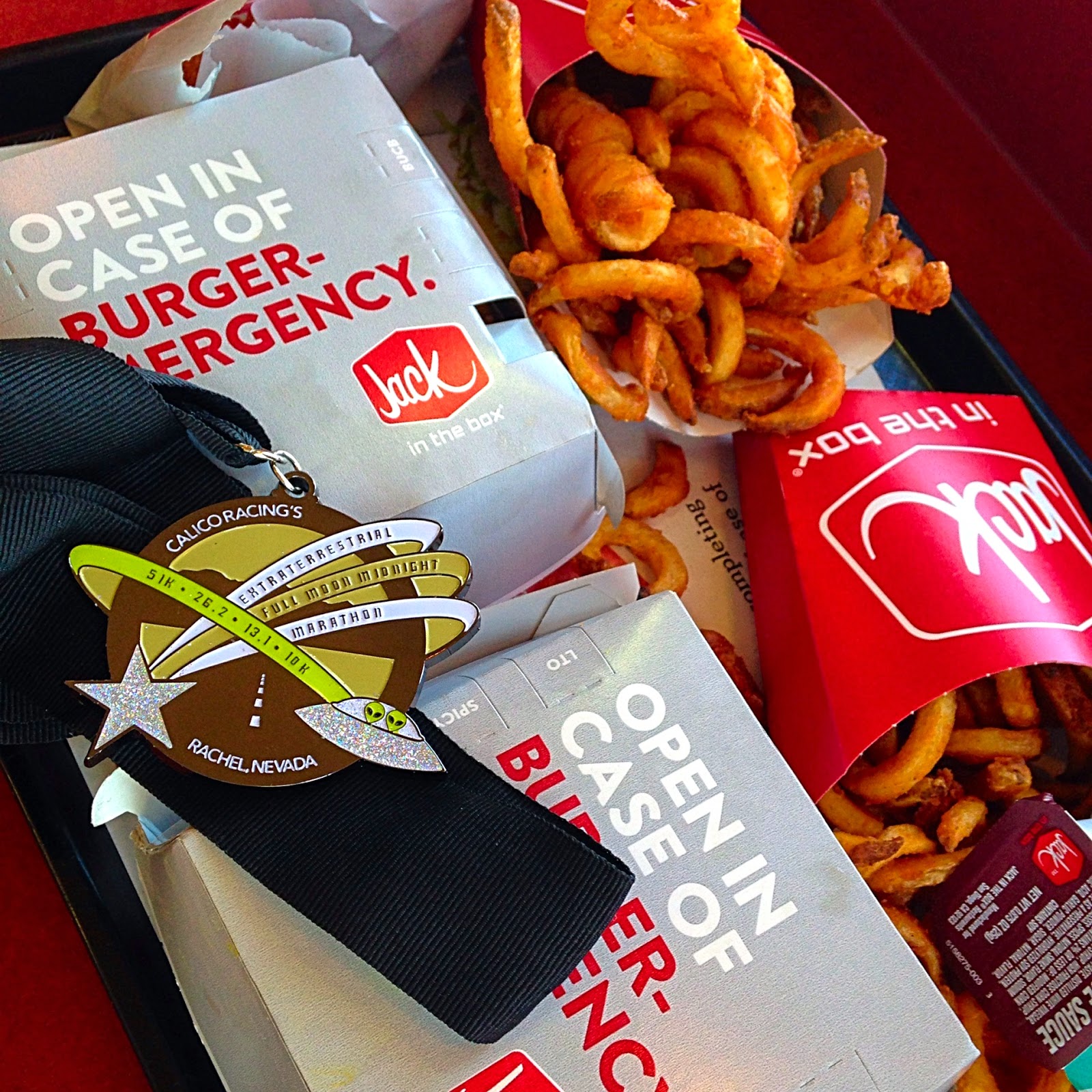 We were stiff for a couple of days and had a few blisters but nothing that stopped us from hiking and kayaking.

Now that we're back and it's done I feel a bit lost.  Except....we are registered for a Half this weekend in Edmonton - oh right.  Before ET became a thing I decided I would PR it - shit!!  Should I be tapering from my recovery?