So much happened this weekend and all of it was amazing.  I will post detailed race reports soon, but here's my own little highlight reel from the 51st annual Calgary Marathon weekend.  We ran, we laughed, we cheered, we celebrated, we were sad when it was over.

﻿
First was marathon VIP night at The National, I met up with Peter, Tina and Rachel for something to eat then we headed over to the fun and chaos.  We managed to corral everyone into a ForeRunner group pic (eventually) with Kaella, Jenny and Jen and also to support Calgary's own Trevor Hofbauer in our own special way.  It's all Tina's fault.  Team Trev is now a thing.  Everyone should be on it. 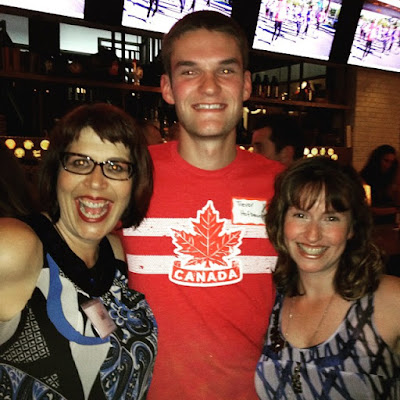 Watching the slideshow and listening to speakers was awesome, there are some incredible people involved in this race.

Time for the festival of terror and nerves or public speaking as it is traditionally called.  Four of us (myself, Jenny, Tina and Peter) had a slot at 1pm and I think it went very well.  Nobody swore - bonus! 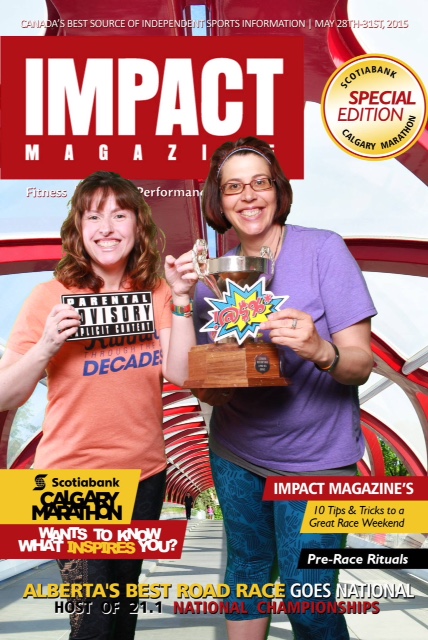 Miss Tina and I had a lot of fun at the Impact Magazine booth while the 50k briefing was on.

Ah beautiful race day!  I honestly don't remember the last time I enjoyed a race so much.  I met up with just about everyone I know (mostly by chance) before the start - that never happens!

I finished the half very close to Tina and Jenny which was doubly awesome and saw both lovely ladies in the finish chute.  Well done you two!

Although I would not describe my time as fast, it was my best half of the year and I felt great.  Running for the joy of running should not be undermined by what your Garmin reports.  Ever. 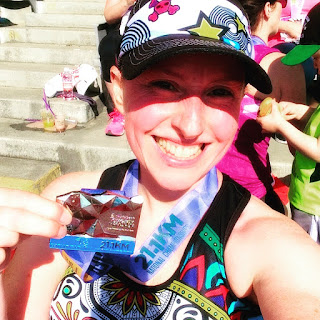 Did I mention the cold shower yet?  Best thing in the world.  It was sunny and scorchio!

Between races Tina and I found Rachel and her lovely other half Mark, we made ourselves most comfortable in the VIP area. 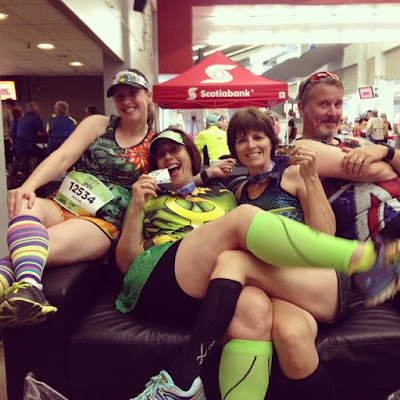 After all the lounging we watched the 50k winner finish and all manner of marathoners, ultra marathoners and halfers come in.  The finish line of a race is pure magic.

Then it was 5k time!  More on that soon.

I want to thank everyone involved in this race, it was perfect.  I also got familiar with a team I don't usually see - the medical attendants.  Kev and I thank you for taking care of him and getting him back on his feet after the 50k.  You are truly awesome people.
Labels: 5k Half run happy SCM ForeRunner Scotiabank Calgary Marathon shuffling