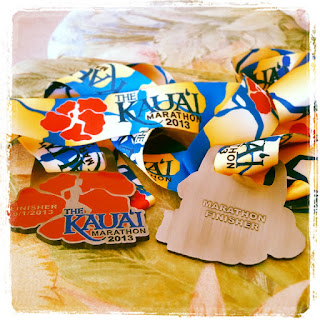 My first marathon was in Kaua'i on September 1, 2013.  As we hit the 5 year anniversary of that unforgettable event I have now completed 11 of the things.  Everyone is different, I have done longer and shorter distances but for me personally the marathon is the distance that makes me feel good. Marathons are sexy. 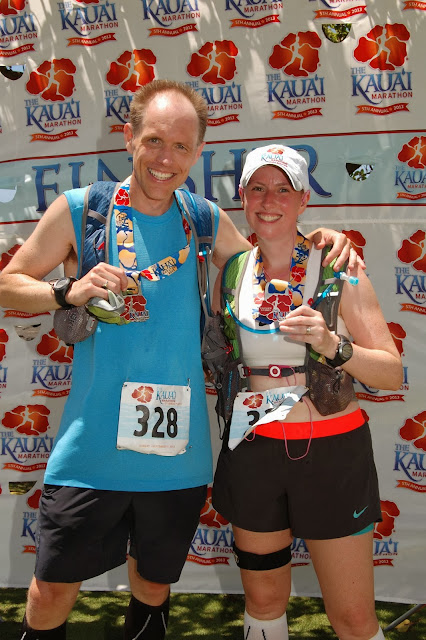 I lost half my toenails, had terrible chafing on my back (note terrible hydration pack) and couldn't put my feet in shoes for the rest of the vacation.  We had several torrential downpours and it was 30°.  They told me to choose one I would never forget and I did.  I nailed it!  Kaua'i is paradise but definitely challenging to run in.  Race report here.

We met a lot of great people at that race expo, it was amazing. I had just read Dean and Bart's books so I took them with me to get signed.  That was cool. 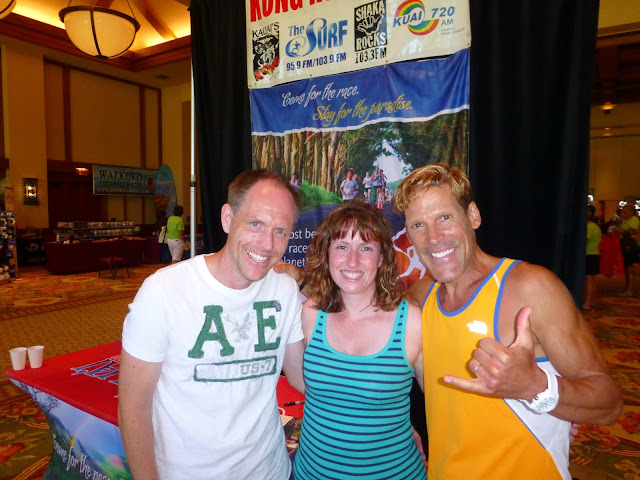 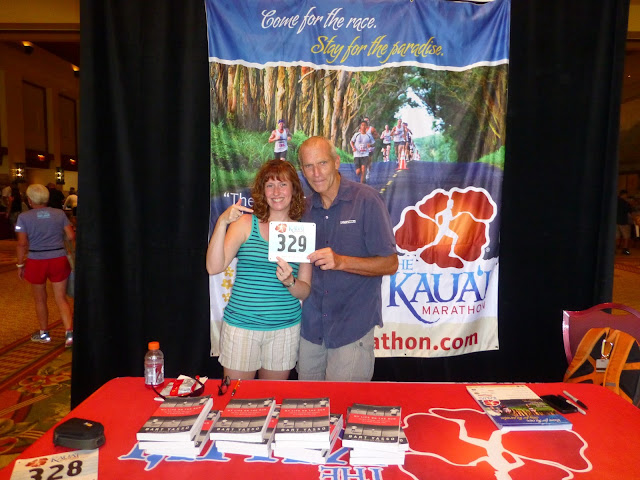 Imagine getting race advice from the previous and about-to-be winner (Tyler McCandless left) and record holder for more running things than I can possibly list (Mike Wardian right). 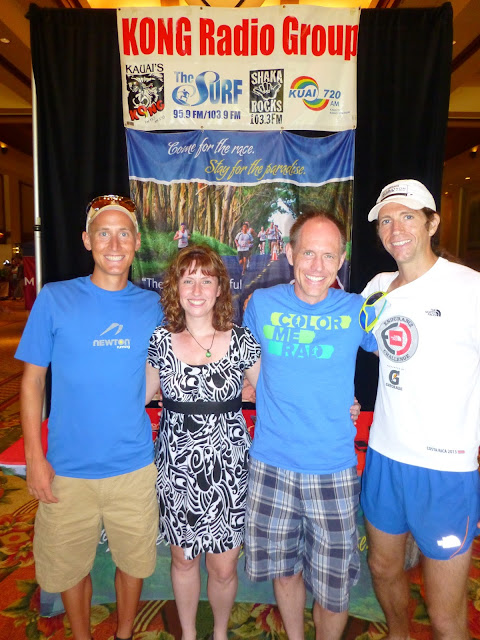 Out of 11 marathons, 4 have been in Canada (all AB) and 7 in the US (HI, PA x 3, NV, AZ, WA).  Marathon 12 will also be in Pittsburgh, PA which means 1/3 of them will have been on the streets (and hills) of Pittsburgh.  That also means I'll have run 1/3 of them with a penguin.  Iceburgh is very proud of his achievements. Penguin of Steel. 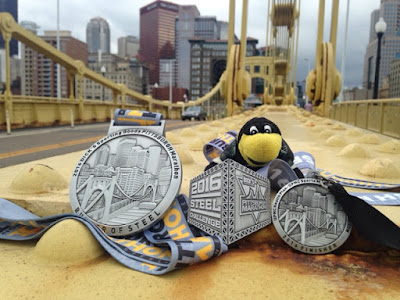 The most enjoyable race (least amount of suffering) was Rock 'n' Roll Seattle also in 2016.

My 9th marathon was a failed attempt at the Calgary 50k in 2017. It was a truly horrible day.

The most challenging course (apart from Kaua'i) would be any of the Pittsburghs.  Pittsburgh's tough.

Favourite medal?  Nope, that's like choosing a favourite cat.  I love them all, they all represent a lot of hard work, sweat and usually tears (the medals, not the cats). 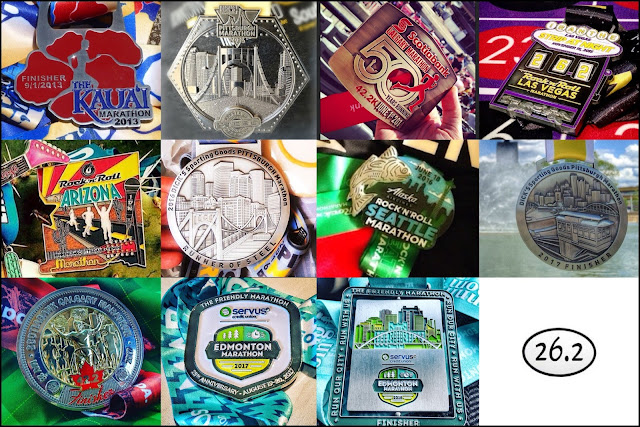 Let's see what the next 5 years bring!  Wouldn't it be cool to go and run Kaua'i for our 10th anniversary? It would also be the 15th anniversary of the race.....interesting.
Labels: 26.2 all about me bling Dick's Sporting Goods Pittsburgh Marathon Kaua'i Marathon mara-versary marathon Michael Wardian race RnR travel