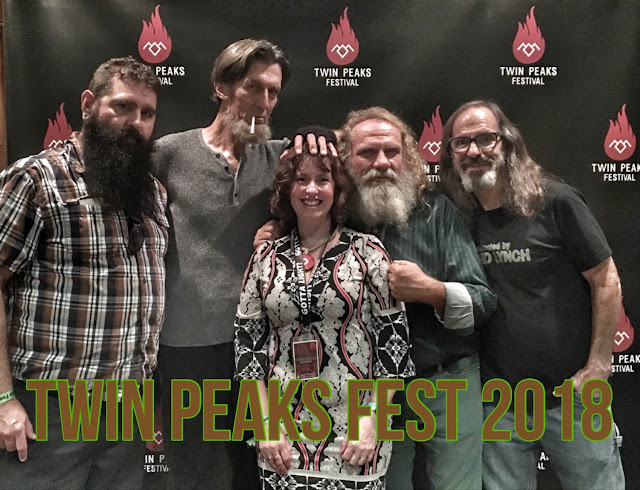 It was a dream.

I stepped into the Double R to order cherry pie and a mug of coffee, disappearing into the world of Bob, a magic green gardening glove, Woodsmen from another dimension, Judy, silent running drapes and fuck you Tammy.  I existed in this dazzling dark beautiful world with 300 others.  Many of us were here for the first time.

As Cooper tells us 'every day, once a day, give yourself a present'.  The gift of a festival ticket I gave myself back in February just kept on giving. It will never stop giving, I'll always be able to take myself back here through the vortex of memory and imagination. 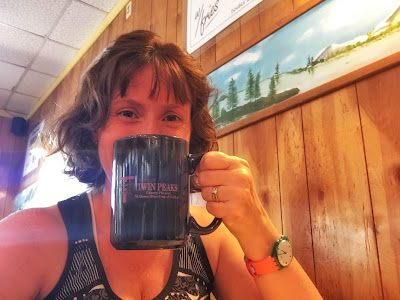 Black as midnight on a moonless night.  No fish. 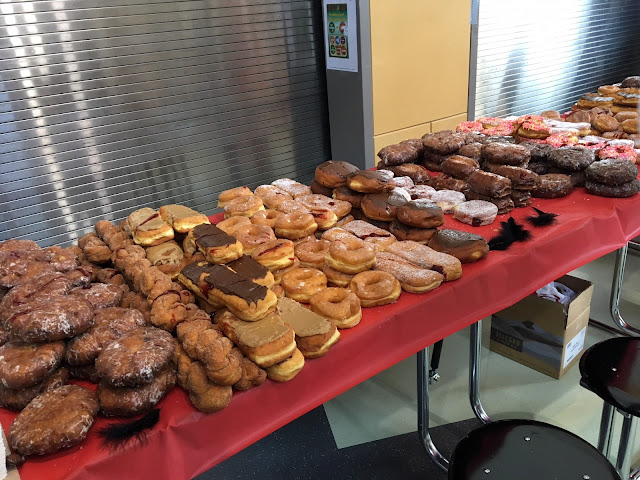 I should mention the weather.  The entire week was hot, sunny, beautiful - the very definition of summer.  Not quite the atmospheric cloud/fog I expected, the sun does not always shine in TP on TV.

First of all this happened. I've been listening to Chrysta Bell's music since discovering her through TP, she is incredibly talented and such a warm generous radiant soul.  The word that comes to mind is goddess.  How do you convey the profound impact of the music to the artist?  Awkwardly. Very awkwardly. 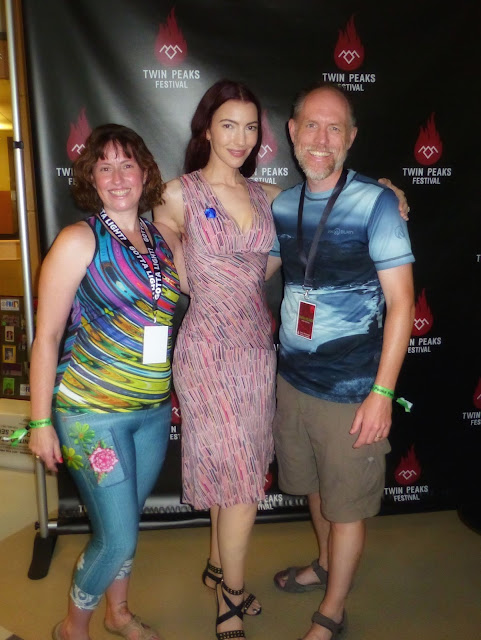 As we arrived at the dinner I was sure I spotted Harry Goaz (Deputy Andy) who was not on the guest list. Surprise! Also not listed were Kimmy Robertson (Lucy) and Amy Shiels (Candie). After we sat at our beautifully decorated table Carel Struycken (The Fireman) walked past twice.  When worlds collide.

I ordered 2 custom dresses for the event....and they didn't arrive in time (of course) so we decided to enter the costume contest instead.  Behold, Chantal and Hutch (It's the last. Fucking. Bag.)  Relationship goals. 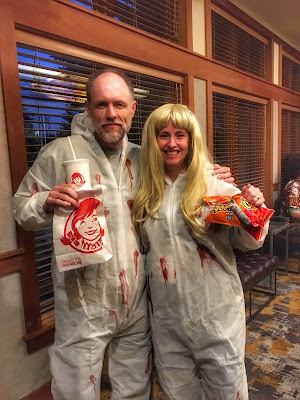 There were 55 entrants in the contest, including a tribe of Jacobies, The Experiment (amazing) and these guys.  I wish I had taken more photos.  We had to walk by all the celebs for judging and I was nervous plus my pockets were full of Cheetos. 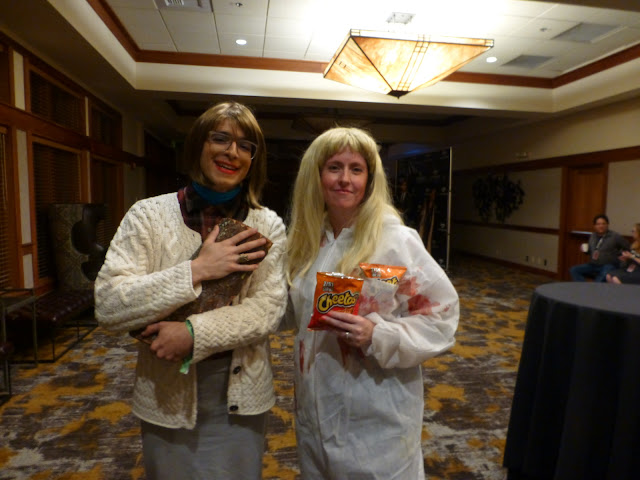 The rest of the evening was a big beautiful blur. 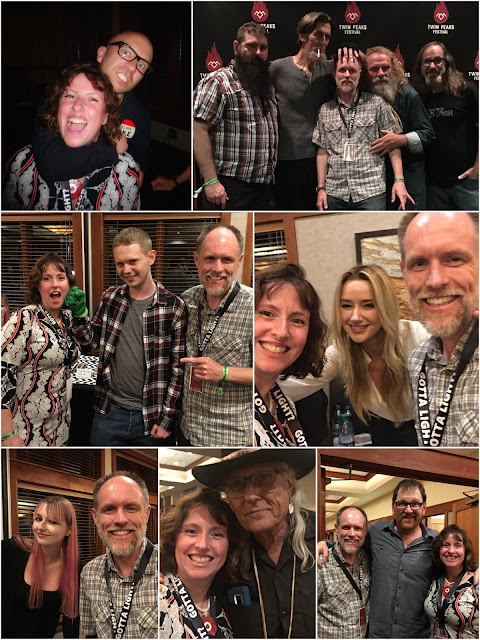 We are all settled back into Twin Peaks Falls Middle School with donuts, coffee and stories of the previous night.  The celebs arrive shortly after, there are 24 (!!) this year and that's not including John Neff and The Mulholland Magician.  I love both these Harry photos so much.  The couple ahead of us in line were so happy they were crying, it was one of the most touching and beautiful moments of the weekend.  I have never seen so much joy and delight as I did on the faces of those fans. 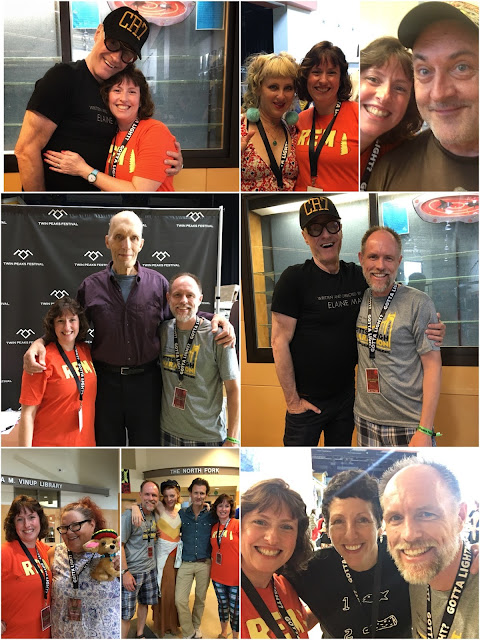 That Fucker Ray and Darya are just so cute.

We were whisked off on the bus tour then it was a rush to get ready for movie night. There was something I didn't want to risk missing so we made sure we were early.

Chrysta Bell opened the evening with Sycamore Trees.  Just her voice resonating through the theatre, it was perfection.  After that we watched two amazing short films by Thor Amli.  Eraserhead followed but I'm old and had to go home to my bed (party fail).  We had a packed couple of days. 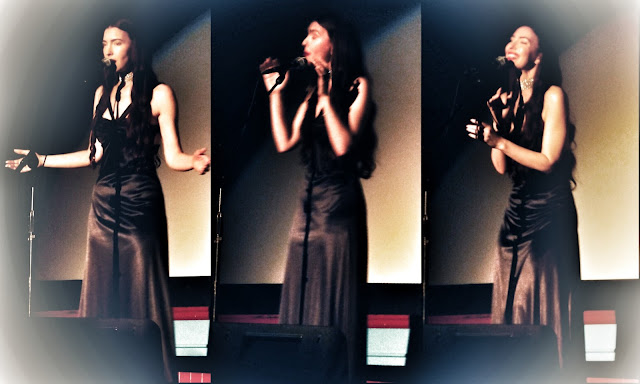 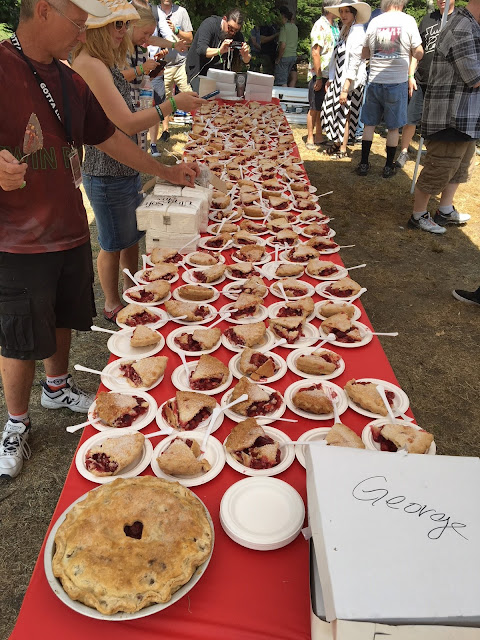 Picnic day!  Of course the weather is glorious.  We enjoy the BBQ then sneak off to visit Jack Rabbits Palace where a thing happens.  "Andy" hurt his arm a while ago so I'm pointing the wrong way, otherwise it is perfect.  This picture makes me so incredibly happy.  There is magic in the trees.


We have cherry pie, a little hike around filming locations, time to hang out with the cast, a swim in the river and I finally catch up with the wonderful Al Strobel (Mike).  He made me laugh so hard. 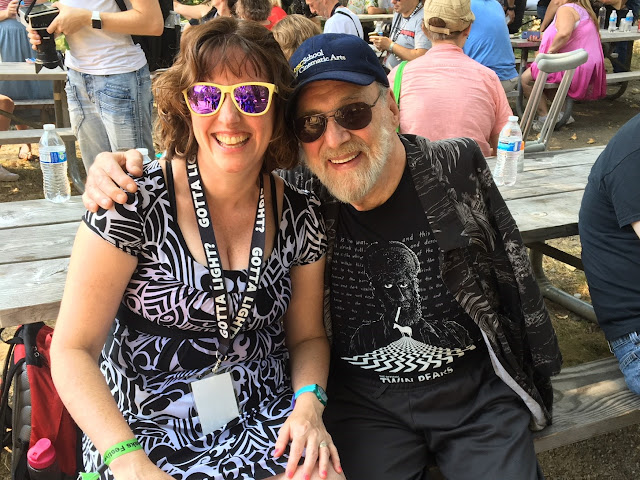 This week was the light after the darkness.  Can we do it all again? 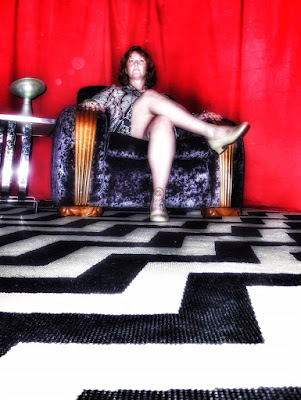