Take me out tonight

Did you know the 19th wedding anniversary is celebrated with Morrissey?  No?  Ours will be.  Moz is coming to Calgary in April! 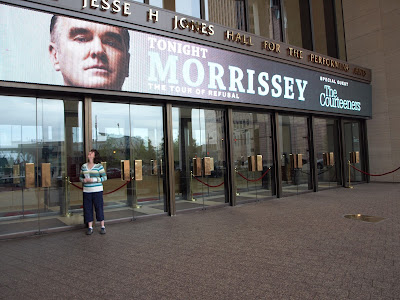 We saw him in Houston on April 11, 2009, we were in the second row - it was magnificent.  He did not throw his shirt in my direction so we were spared injury.  I will remember the opening chords of How Soon Is Now played live for the rest of time.

Ironically we had also seen Johnny Marr live in Vancouver the previous May while he was with Modest Mouse.  We were in the front row for that, left side so he was right there in front of my face.  That was the second last time I saw REM live.  I miss them. 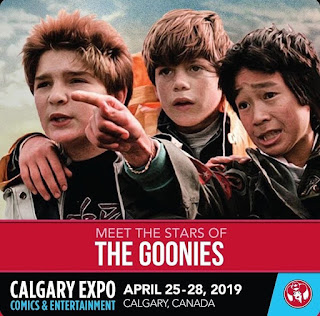 We picked up Calgary Expo tickets so this can happen later in April.  I couldn't help it, this film was LIFE.  There's a big Back to the Future reunion going on as well.  Big conventions have got really pricey, we are far removed from the days of meeting zombies in Monroeville.  After admission you are looking at a fee for autographs, then professional photos if you want to pre-order one (which I have) or you can take a selfie with the guest at their table for $60 or so.  A photo with the BTTF cast will set you back $500 + fees.  I just accidentally typed 'cats' instead of 'cast' and would probably pay for that, yes.

After those we hit North Bend in July for our second Twin Peaks Festival.  It's like the opposite of an expo where you have a small number of people (300) immersed in TP culture surrounded by cast members for an entire weekend.  Heaven.  Cherry pie with Dr Jacoby?  I'm doing it!