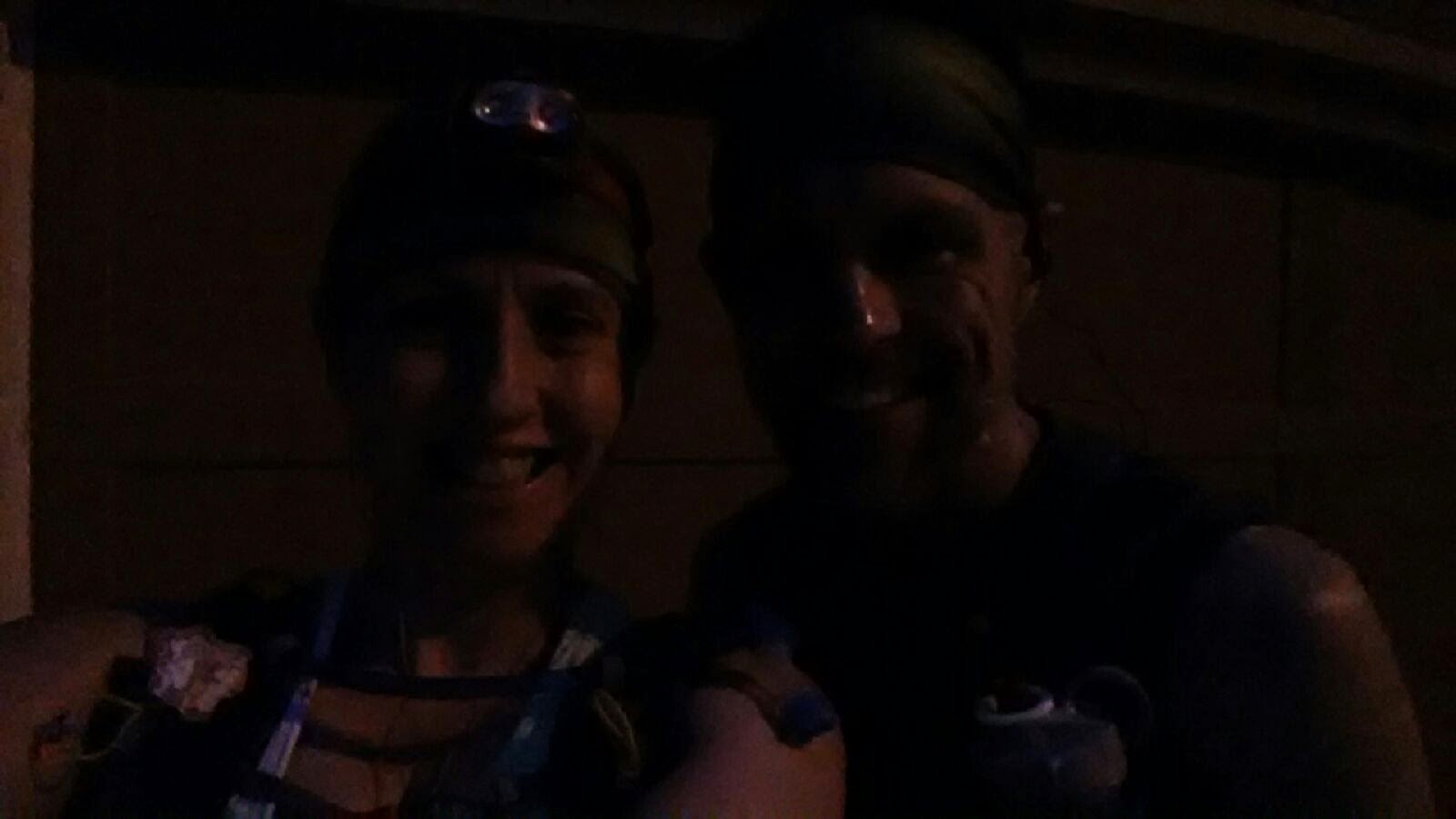 The longest run of the training cycle was on the schedule this weekend.  Getting ourselves out the door proved to be a challenge and we ended up leaving after 10pm.  I was literally coated from head to toe in bug spray after the 59 bite extravaganza 2 weeks ago.  We ran along the ridge then down into Fish Creek, heading north.

The run was strange, there were periods of wanting to lie down and sleep at the side of the path then periods where everything felt really good.  Other parts felt like I was dreaming and not actually out there. I guess you just have to trust that if you plug through the bad then the good will come.

We had to turn around at 12.4k as the pathway is still damaged and turning an ankle on an unknown detour was not appealing.  That was probably the lowest point as we reached 15k and I felt completely knackered.  Some Shot Bloks helped, in the race we need to be more aware of fueling and try to get calories in regularly.  I had Tailwind in my pack but I wasn't really drinking it.

To add mileage we took the pathway into the west branch of Fish Creek for a 5k out and back.  You can hear everything at night, distant cars, the C-Train, the wind through the trees.  We saw a few deer and quite a lot of bushes we thought were deer.  Typically we run without the headlights on as the yellow line down the centre of the path is easily visible.  If we spot dark patches on the path (branches were down on Friday) or we are under trees we definitely need them.

I attempted a selfie somewhere along the line and this is how it came out. 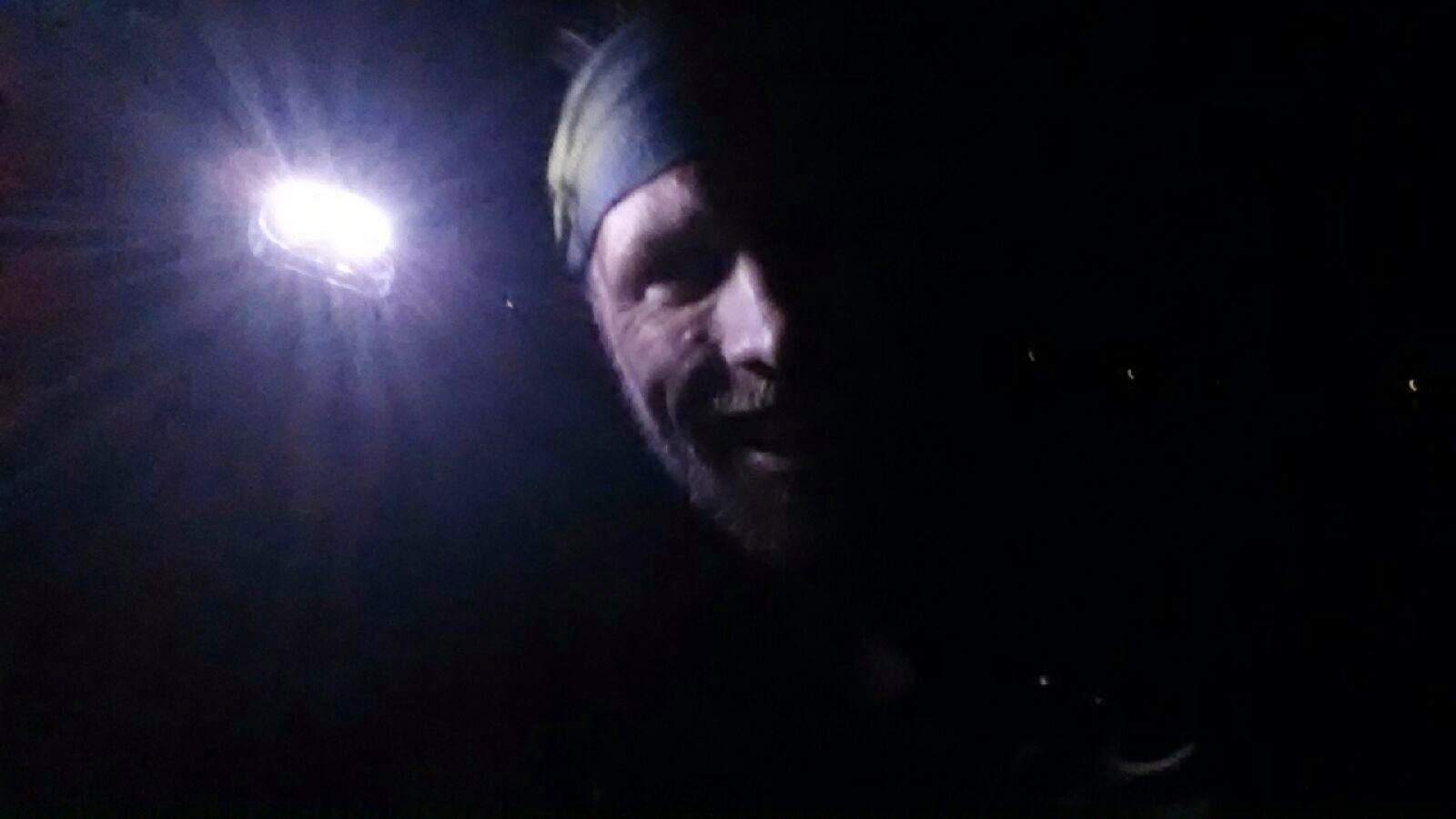 On the way back we saw the 2 porcupines again!  They were further up and my attempt at a photo was actually worse than last time.  So I enhanced it.... 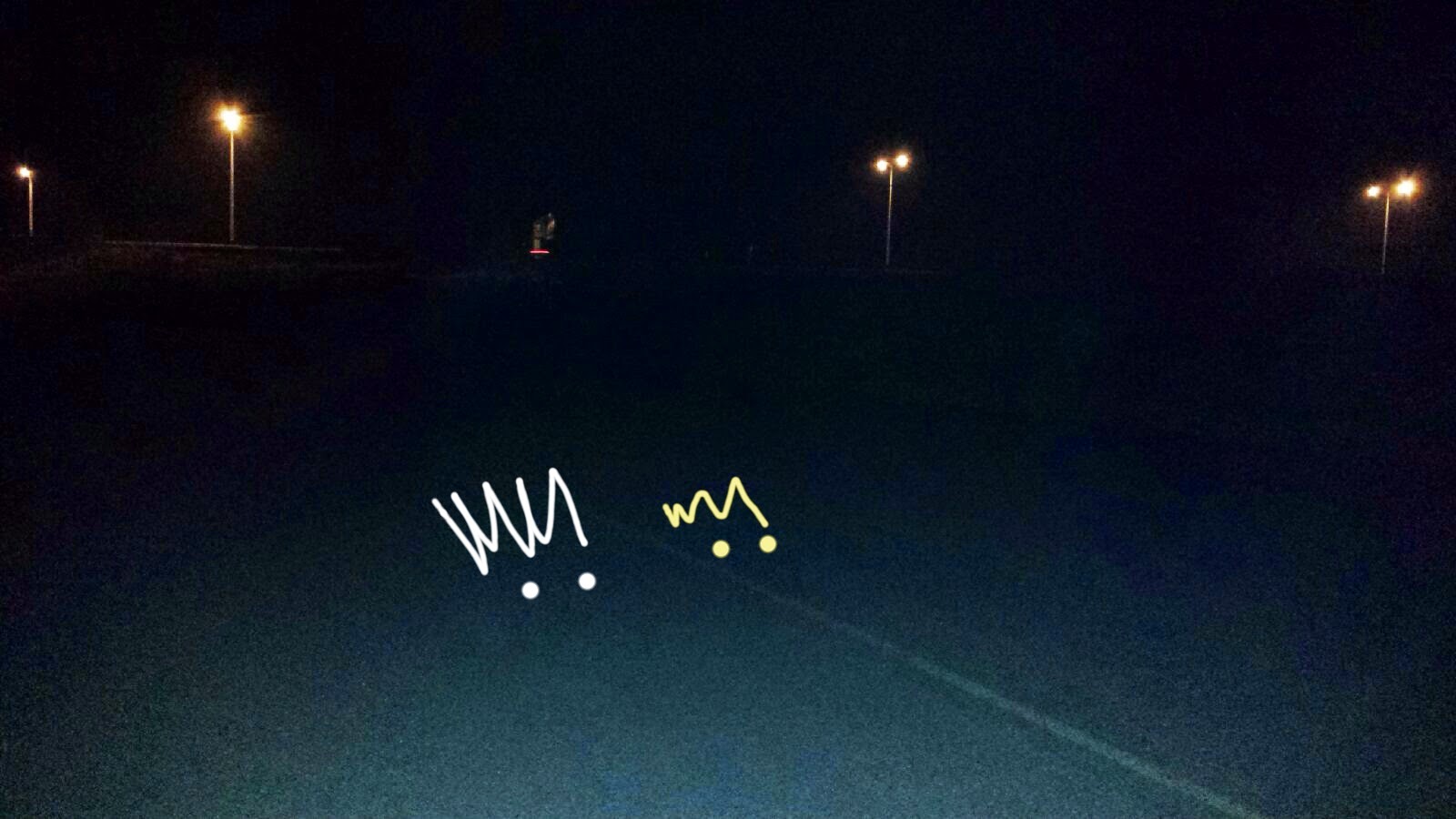 Someone had been out at Big Bastard Hill earlier, quite a lot of stuff about mofos and whatnot but this one was neat.  Rawr. 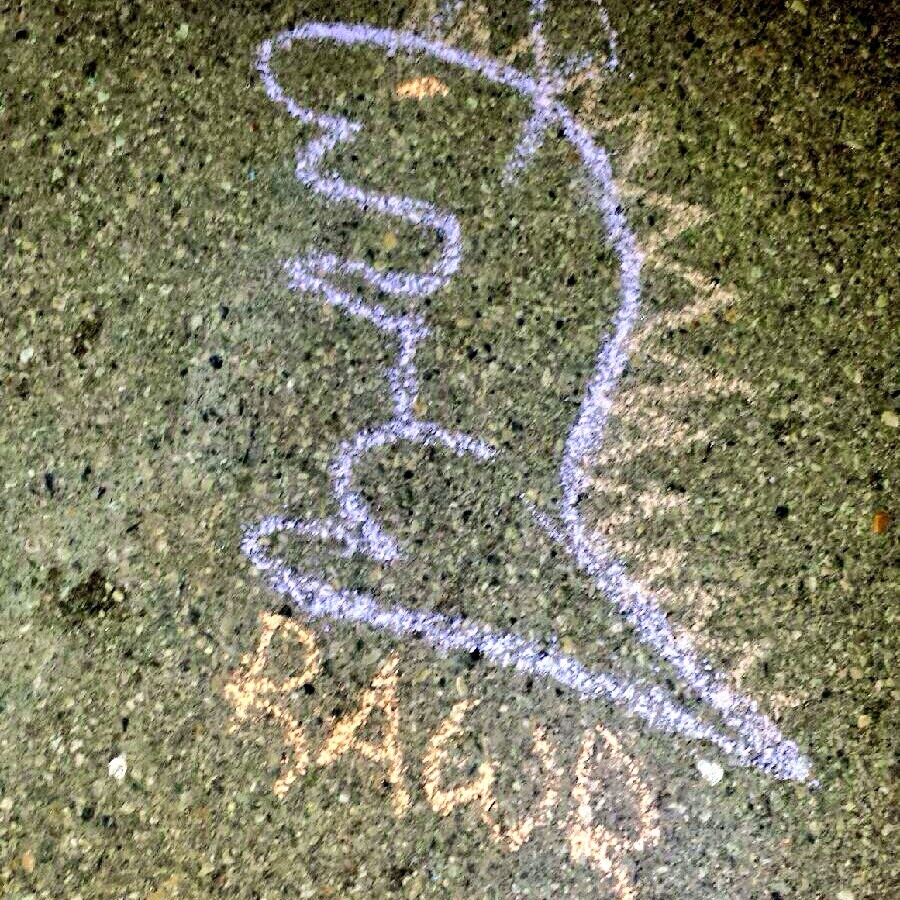 We got home at 3am with 32k in the bag.  The next day we got up at 11 and ran another 8k.  That part was easier than expected at a slow steady pace.  (Weekend mileage was slightly short based on the plan).  I ran 5 consecutive days last week and felt good.  Stiff calves, otherwise fine. 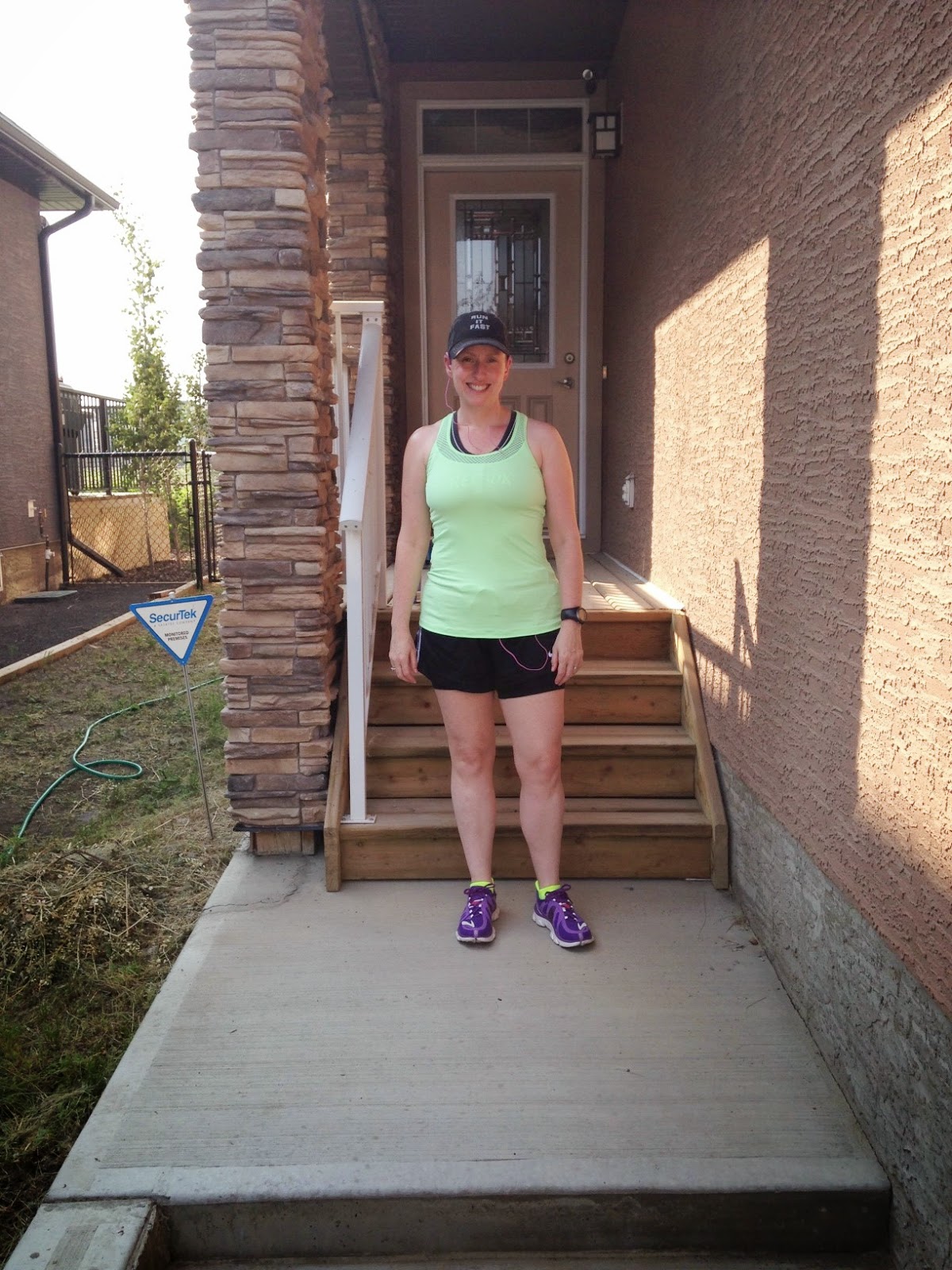 This is my new race top in a fetching Martian green shade!  It's by Heidi Klum for New Balance.  I love it, so comfortable and light. That's not a lawn in the background, we just cut the weeds back.
Labels: 51k ET Full Moon Midnight Marathon night running training ultra training