Never trust the weather in the mountains.  The start of this trail was very cold, grey and windy, then sun and rain mixed through the afternoon which was pretty much the opposite of the forecast.  Pack everything.

I hated the first hour or so until I warmed up, then we reached Fox Lake and things got better.  I mean how could they not? 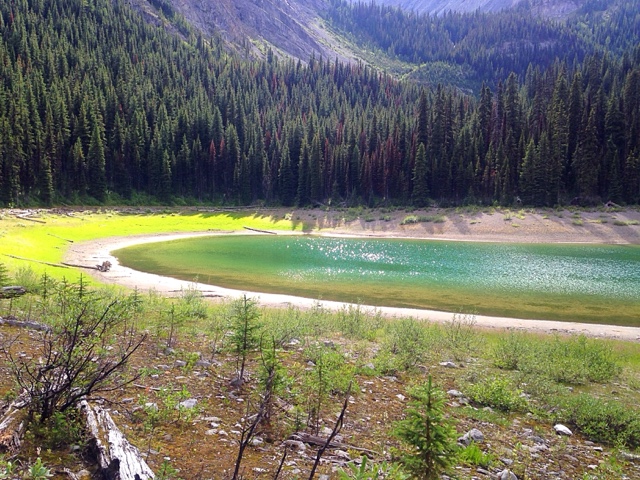 As you descend to Elk Lake there are various avalanche runoff chutes which makes for flowery meadows.  I love these purple flowers.  Everything was soaking wet from recent rain on quite an overgrown trail so that added to the chill a bit. 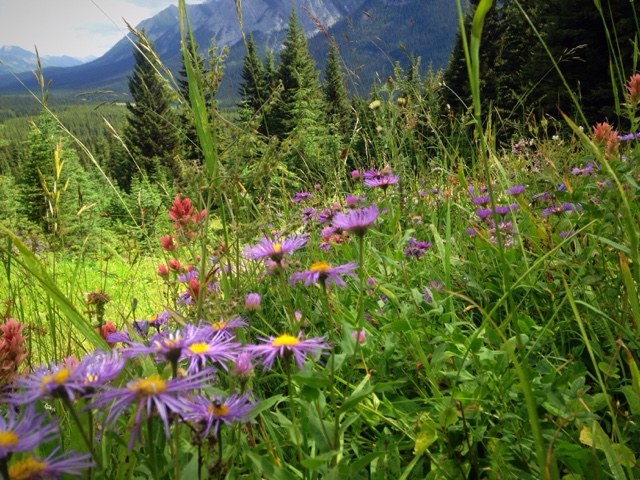 Usually we cross a little bridge then follow the lakeshore near M6 but this area was taken out by the 2013 floods so there's a new trail (in purple) and brand new bridges further along. 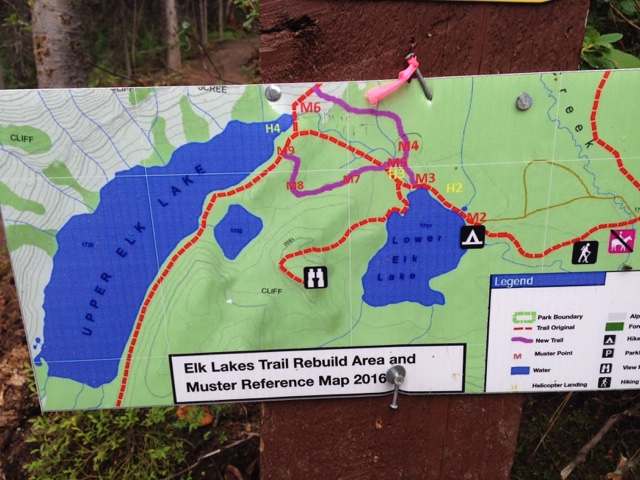 The new route adds a bit of distance and elevation, but it felt like an adventure.  Upper Elk Lake is so peaceful and blue and bonus, we had the entire place to ourselves. 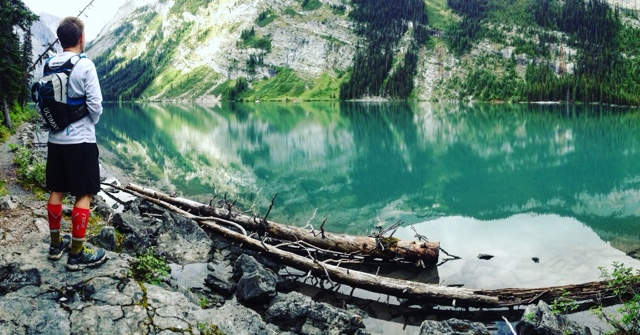 Curve into a valley after leaving the lake to find this view.  You can hear the waterfall quite a bit in advance. 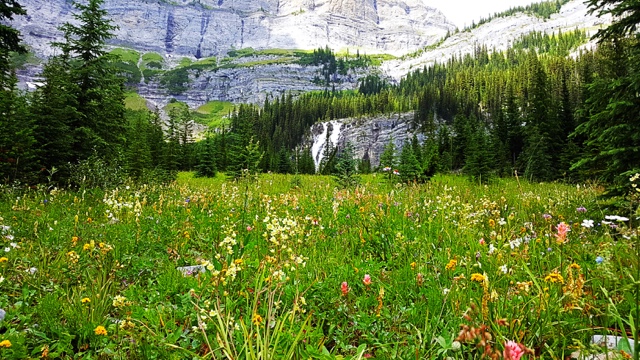 We are surrounded by waterfalls, the ones on the left are coming straight off Castelnau glacier.  It's very hard to capture the scale in a photo.

Once again we are alone in the valley, so we explore a little further to the base of the Falls. 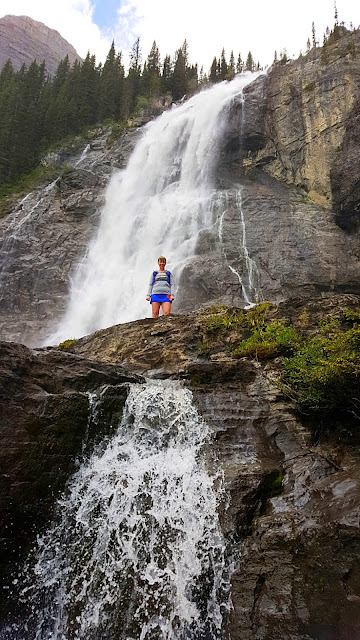 I like to refill my water about midway through, especially if there's a fast flowing river or waterfall (I add Aquatabs before drinking).  The wind blew the water right at me this time and I got soaked. Kev has a video which he thinks is funny.  I'm not posting it. 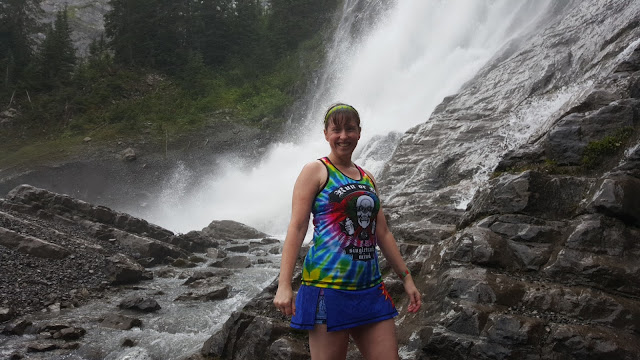 It was much warmer from this point on.  Unlike a lot of trails, you have to climb on the return but it was nice to split elevation between out and back. 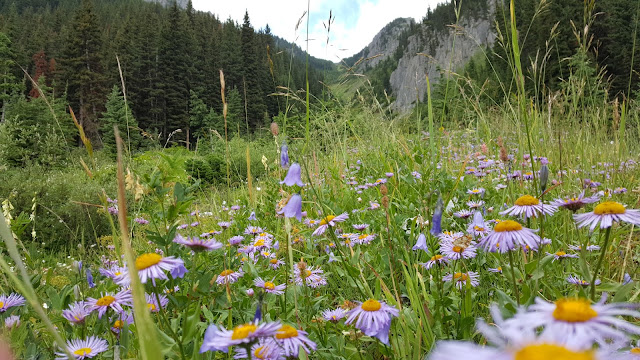 After Fox Lake the trail crosses back into Alberta for the last little bit to the car park (downhill and great fun to run).  See you next time BC! 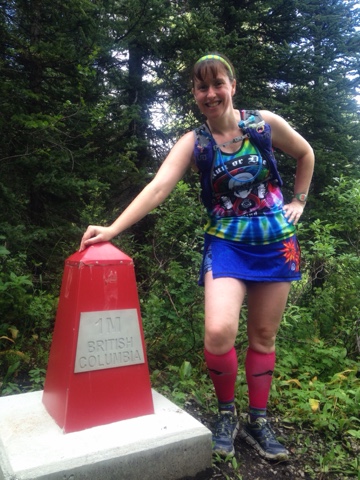