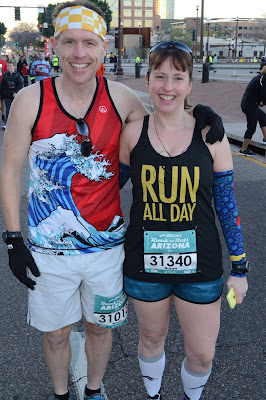 January started out with a 29.29 5k and a marathon PR (5:14) in Arizona. I wanted to run 2 marathons to earn the Desert Double Down, mission accomplished! 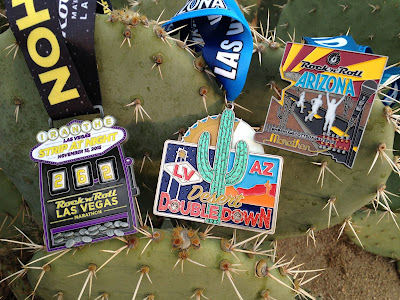 In February I ran the Hypothermic Half and found a yeti. I felt good in this race running 2:23 probably because it was cold.  It was my best Half time of the year. 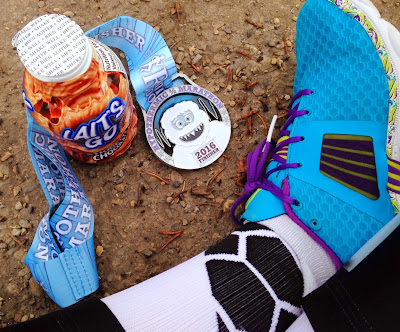 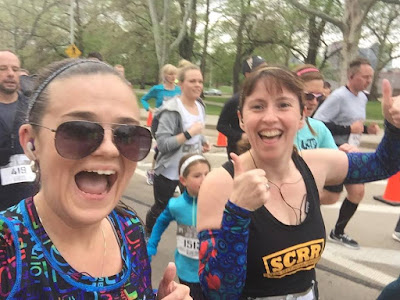 I trained really hard for the Pittsburgh Marathon in May (Sixburgh!) The 5k was brilliant with Brandi. But the marathon didn't go well in terms of time. Instead I turned to beer.  I got to hang out with some of my favourite people though.  The trip was perfect, exactly what I needed. 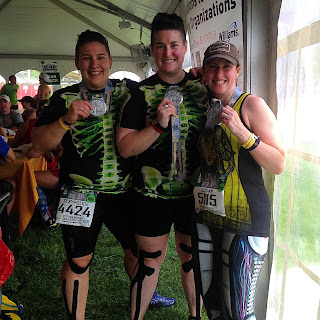 We saw a couple of Pens playoffs when we were in Pgh and by the time the Calgary Half came around we were about to head into the Finals. So this happened.  I think it brought us good karma. 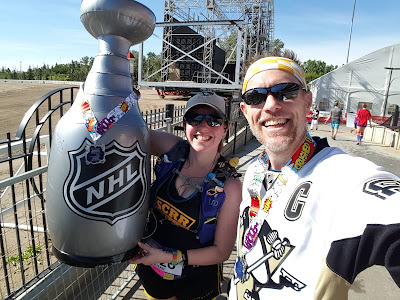 June was busy with Rock n Roll San Diego (an outstanding race weekend) then Seattle where I ran my 7th marathon (Kev's 8th). 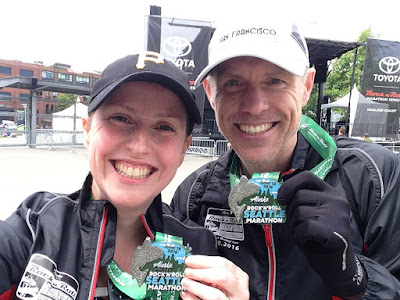 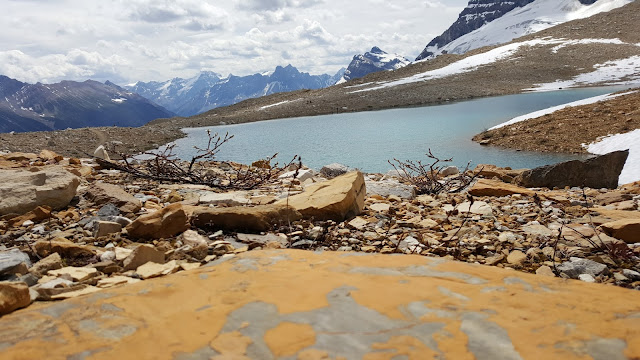 We spent the summer days on long trails in the mountains, covering around 20 miles per trip. It was helluva beautiful. There were 2 trails I've had on the hiking list for years and we finally did them thanks to trail running - Iceline/Whaleback and Lake O'Hara Alpine Circuit. 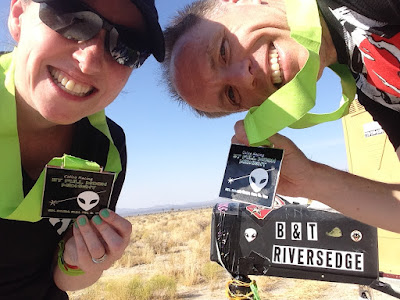 In September I got around 54 kms of the Lost Soul 100k. Also, my first DNF but it was well earned I guess.  I really need to try this race again. 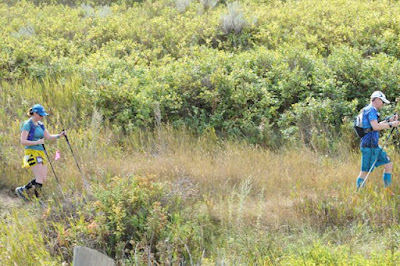 October was all about Rock n Roll Vancouver, a fabulous 10k and the Half. I ran Harvest as a warm up but I was definitely not in great running shape at this point. Nope!  Sometimes it's all about fun. 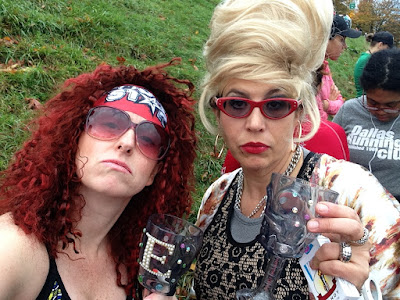 We closed out the year in style renewing our vows at the Rock n Roll Las Vegas run through wedding. 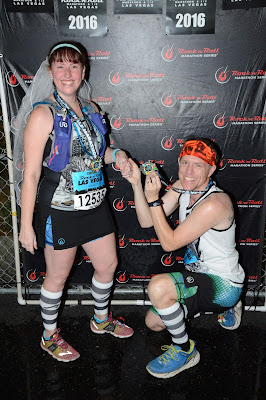 Best race experience:  Rock n Roll San Diego for the party and the people.  Did I mention the Gavin DeGraw concert after the race with free beer?

Best run:  My 5k in Arizona, I love being able to run under 30 mins without dry heaving at the end :)

Best new piece of running gear:  My INKnBURN skirts (did I mention that before?!)

Most inspirational runner:  Desi Linden.  Strong and determined, damn she worked HARD in Rio and she owned every part of her race.

Favourite picture:  That Vegas one up there, we funny.

Race experience you would repeat in a heartbeat:  While I was sitting in the finisher tent I had already decided to run Pittsburgh again in 2017.

If you could sum up your year in a couple of words what would they be?  Epic, varied, challenging. 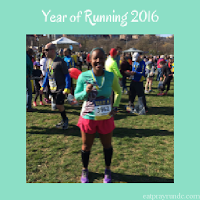 I'm linking up with Courtney to bring you my year of running!