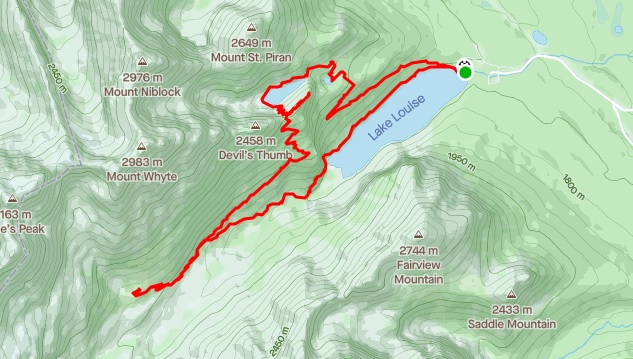 18.5 km  800m elevation gain
Our initial plan was to go to the Agnes Teahouse for scones, but things escalated! 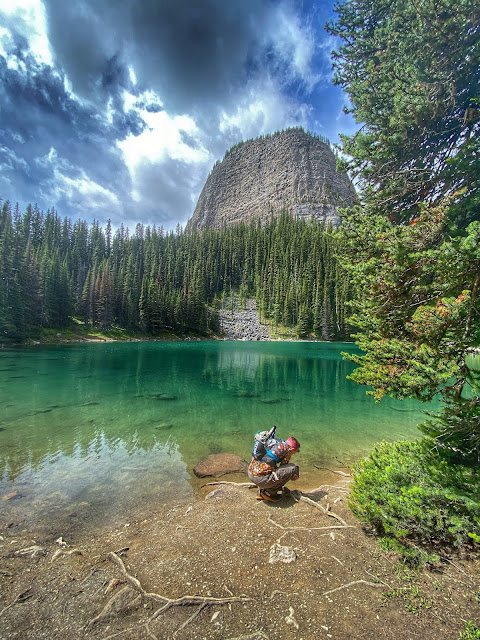 Since we were staying at the Chateau, we arrived around 11:30 to park there and head on to the trails.  The main lots for Moraine and Louise were already full.  This means quieter trails in the afternoon for us.  Mirror Lake was completely defrosted this time and there was no snow until the avalanche tail by Agnes. 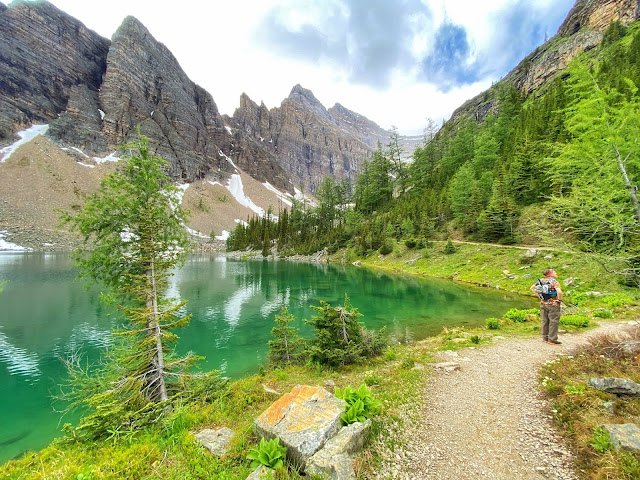 It was a nice sunny day so when we arrived at Lake Agnes Teahouse it was extremely busy.  Instead of stopping (plan A) we continued around the lake with thoughts of taking on Big Beehive before heading back for cakes and tea.
Agnes is a beautiful colour. 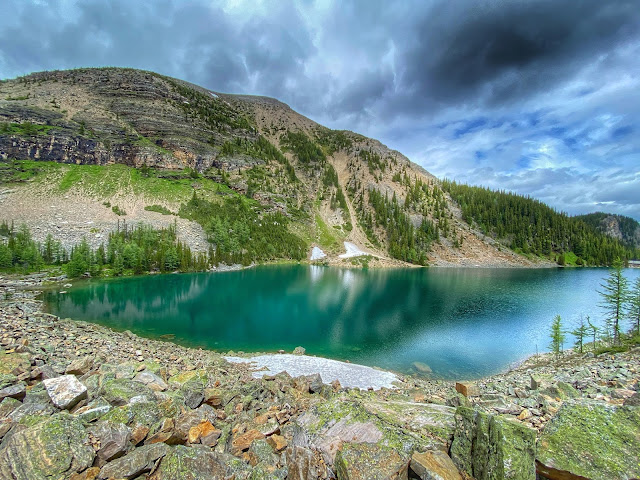 As we ascended the switchbacks, a huge cloud rolled into the valley bringing an impressive and lengthy downpour.  Always bring a jacket, the forecast was not for rain.
We discovered there was a shelter at the top just as the rain was stopping.  Soggy people passed us on their way back down. 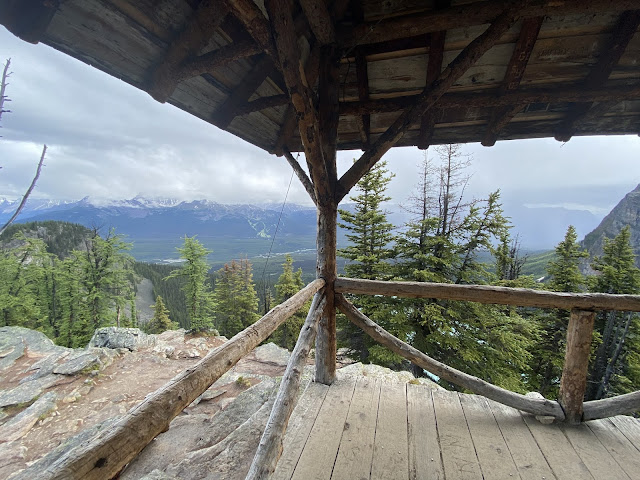 It's remarkable how quickly weather can roll in and out up here.  Hello views.  It's well worth the climb. 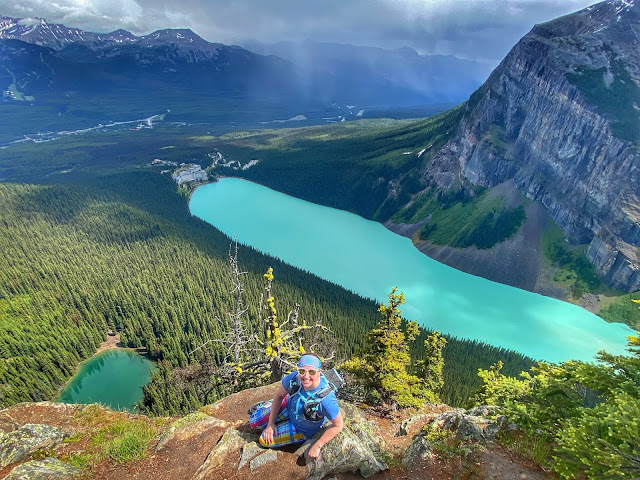 It was so hard to leave this spot.  Here's Agnes from above, back in the sun. 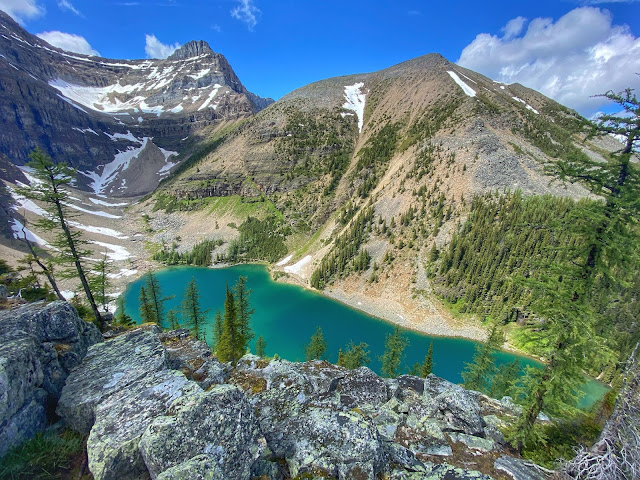 There was a sign to the Plain of the 6 Glaciers trail up here and we thought it would be really interesting to see two teahouses in one day.  It didn't have a distance on it which is probably a good thing.  The Highline Trail is absolutely beautiful and we barely saw anyone. 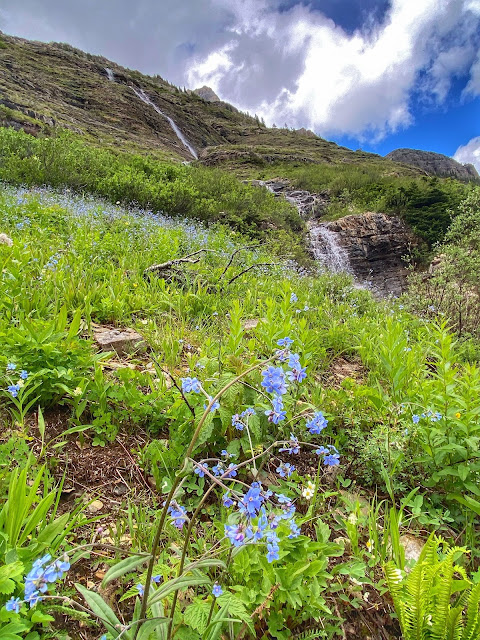 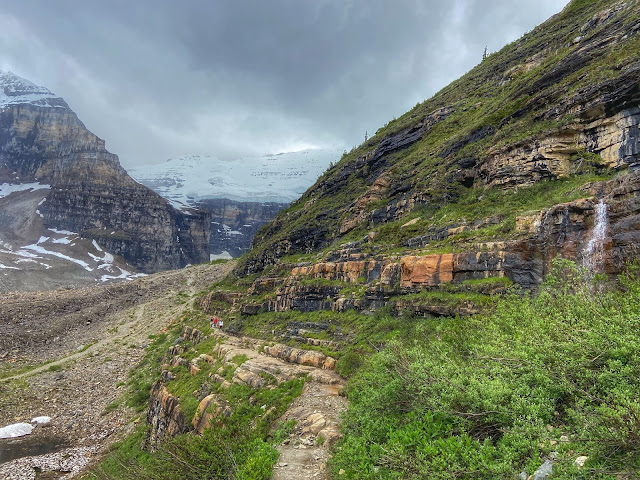 This trail does connect with the Plain trail eventually.  It got a little busier with some horse traffic at that point.  Not much busier though. 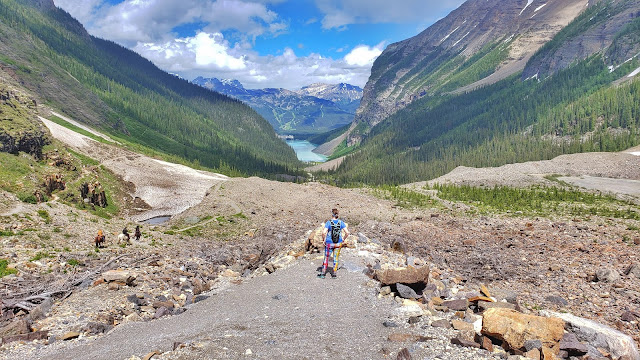 It was later in the day by now so most people were on the way down.  We were surprised at how quiet the Teahouse was (but they had run out of scones).  We had chocolate cake and maple tea.  It was marvelous. 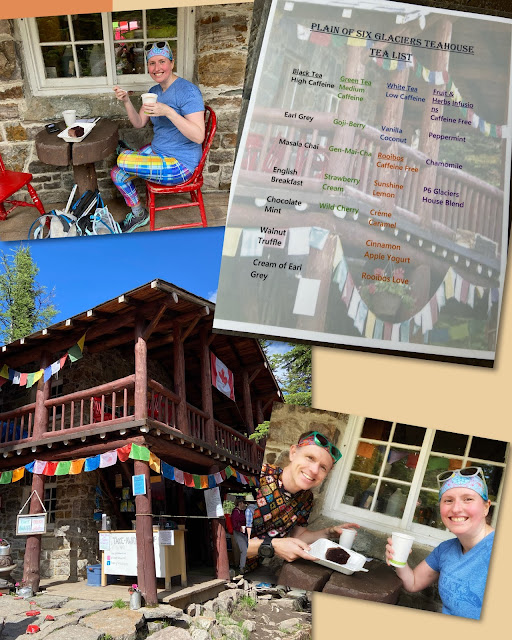 I made a new friend after.  We never give the wildlife people-food. 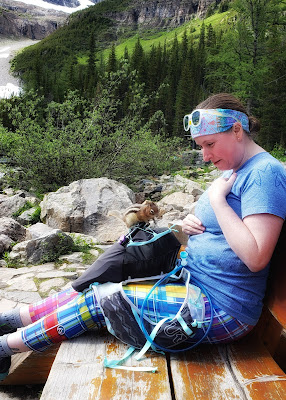 At this point there is a 1.5 km trail branch to the glacier overlook.  We did not do that this time as it was getting late, this photo is from the first time we did the trail.  It adds 3 km. 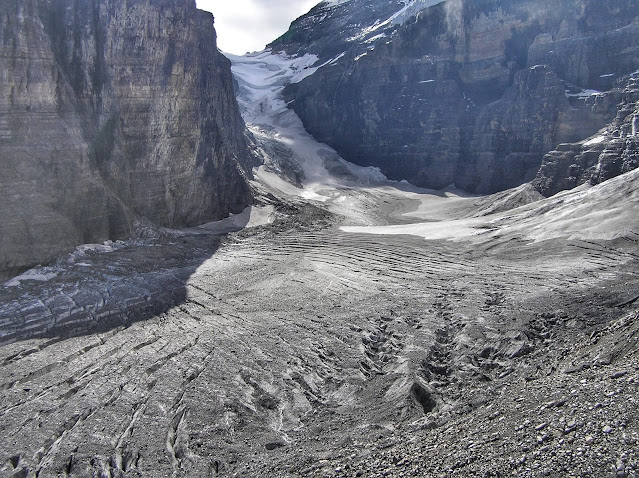 The cake and tea gave us enough energy to run back down, closely pursued by an incoming rain cloud. 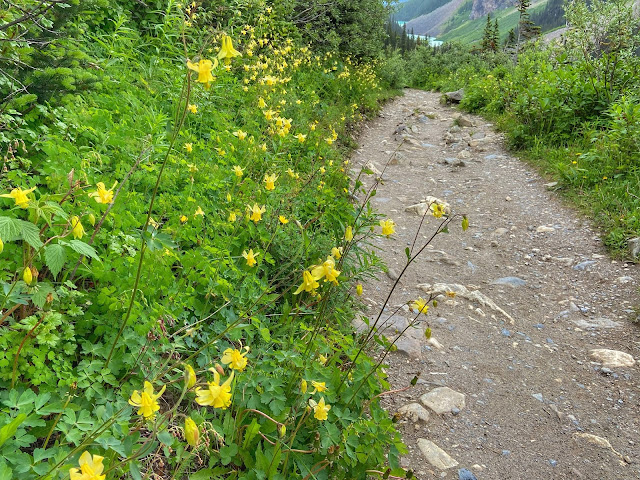 The lake was just below path level.  The Chateau is visible (barely) right in the centre.  The last 2 kms are flat so we ran a few bits of that too before arriving to check in at 6 pm.
A great adventure! 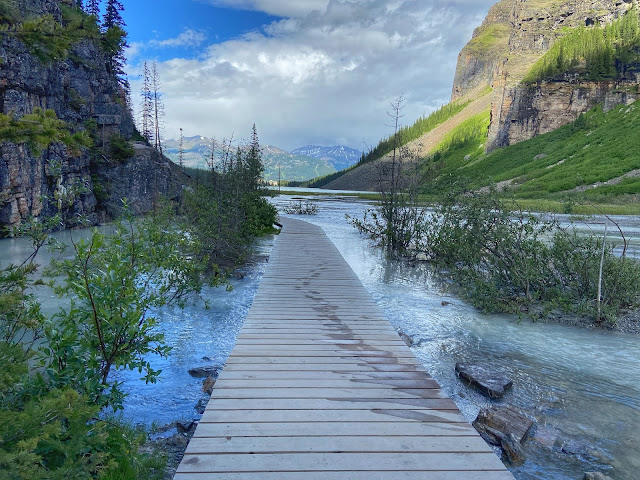