A Bit of Running and Hello Kitties

Does anyone know where the week just went?  It's already Thursday and despite being knackered (and likely not overly capable of making sense) I'm joining Amanda at Running with Spoons for the weekly linkup, read all about it here.

I have 32.2k on the schedule this weekend, stay tuned. This is the first of 2 which in fact means I only have 2 huge runs left before the marathon. I had a look at the photos from 2014 last night and definitely motivated myself to train hard. Hills anyone? 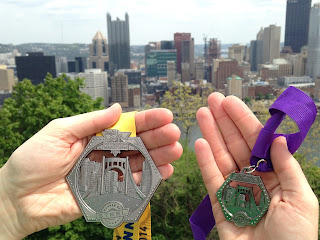 Kev and I joined the Steel City Road Runners, it's been wonderful following everyone online and having the support of so many people training for the same race and running the same weekend long distances we are.  I would love to actually be in Pittsburgh but this is definitely the next best thing and I'm really touched at how welcoming everyone has been.  What an awesome bunch of runners.

Now let me introduce you to our furry family members.  They are all rescues from Calgary Humane Society, we intended to get two. 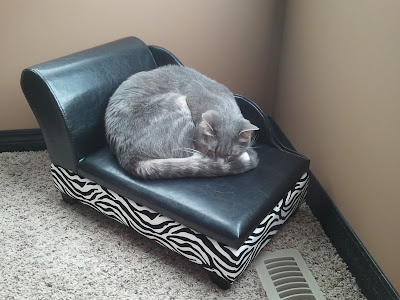 Has to have her own mug on the nightstand or she'll drink out of her father's glass and if the water's too low will stick her paw in it.  We only just discovered her doing this but I suspect it's been happening for years (don't tell her father). Do you love her sofa? 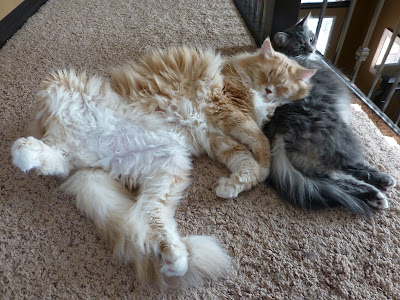 Scrunches his face up and refuses to take meds but perfectly happy cleaning his own arse. 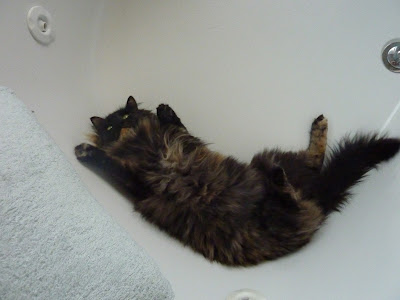 Will get frights at literally nothing then bounce around the house like an extravagant furry pinball with claws. 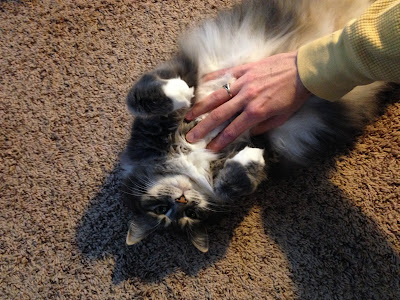 Accidentally weighed herself on the bathroom scales last week. Impressive as it's a 2 step process. Big mistake, kitty is not just fluffy.

Tess was already grown up when we met her, but the other three were slightly smaller to begin with. 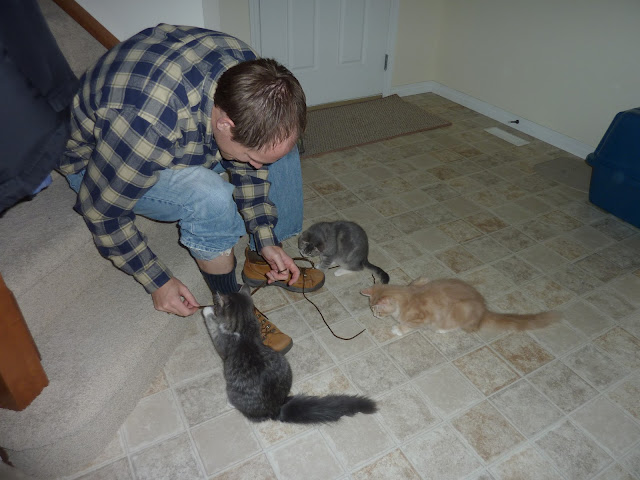