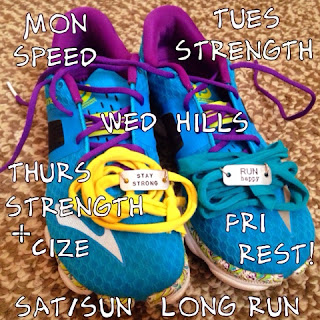 I've been marathon training for a while, for Las Vegas in Nov, Arizona in Jan and now Pittsburgh on May 1.  After that I have Seattle on June 18 and we're done for road marathons this year.  I think it will create a good base to then move on with mountain/trails/elevation and 'time on feet' based training for Lost Soul in September.  I'm looking forward to the 100k because it seems entirely ridiculous and impossible.

For the marathon a typical training week has 3 core runs (speed, hills or tempo, and long distance), 2 strength days and cross training.  This is based on Run Less Run Faster which I've found has worked really well for me, especially since I prefer to change things up with fitness rather than running 6 days a week.  On the schedule right now is Cize because dancing is so much fun.  FYI the book recommends cycling and swimming.  There have been good runs and really awful runs and there's still a few more to go, probably of both varieties.

This training is very pace specific so after June it will be (dare I say) fun to move to a looser plan running by feel and time.  I also want to keep running at lunch from work as that's making a big difference to my mental state.  I like running hills, it's a thing. 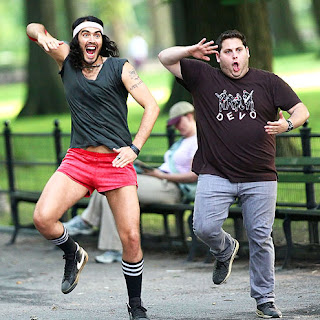 I'm linking up with Kris at Canadian Girl Runs today for Fitness Friday!