The title of this post was originally 2 fun summer runs then I read Cori's awesome blog this morning and well, that was that, 2 became 3.  I'm so excited to have some fun runs in between the serious stuff this year.  We'll be marathon training by the time these happen so as long as I don't break my ankle or anything stupid it will be a nice change of pace. 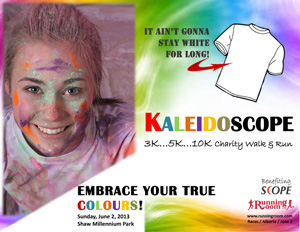 Run #1 (the new one) - Kaleidoscope on June 2nd.  Kev and I signed up for the 10k since we don't have any others planned in 2013 (yet?!)  I love the idea of chip timing when people will likely be pelting you with colour on the course. Intriguing and there is even finisher bling! 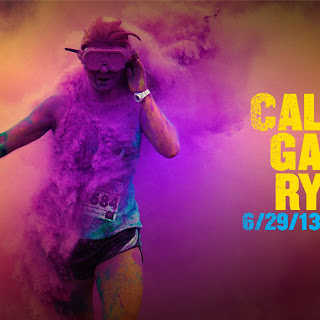 Run #2 - Color Me Rad on June 29th.  After the second wave of registrations opened I somehow got a team of 15 together from work - Run HR Run! - and we're all set to have a blast.  We have all abilities from walkers to sprinters.  This is a big fitness goal for a couple of our team members which makes it extra special.  We will be taking A LOT of pictures. 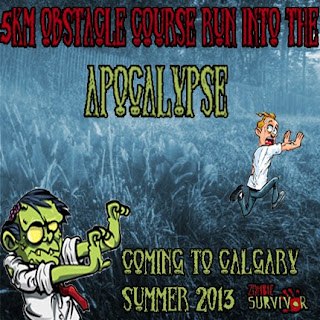 Run #3 - Zombie Survivor on July 20th.  I've always been a huge Romero fan and the only thing that could make this race better for me would be real zombies and the Monroeville Mall.   This is actually timed and a survivor medal (zombie bling!) is on hand at the finish line.  I am looking forward to the mud, chaos, panic and undead Calgarians.