Load up the IPod!


It's a day off and Kev has had to go into work (poor bastard) so I am spending quality time this morning getting my IPod loaded for next weekend.

And for this trip Scissor Sisters - San Luis Obispo/Kiki/Only The Horses/Shoes On/Fuck Yeah & a ton of Mumford & Sons who I discovered properly this month.  That shit be good.

REM are another staple.  They have always been 'my' band and no, I am still not over the break up.  I was lucky enough to see them 7 times from Edinburgh in 1996 to San Francisco in 2008.  I added tracks from Murmur/Out of Time/Up & Collapse Into Now.

Then there's just a whole bunch of weird stuff - yes I mean you Gunther and the Sunshine Girls.  The Ding Dong Song generally finds its way onto my playlist.  Boney M - Rivers of Baylon/Rasputin/Gotta Go Home (the steel drums on some of their tracks are awesome) & Venga Boys in moderation.  A few tracks from Jersey Boys & Les Mis.

I usually listen to Virgin at work for a while before a race to see if there's any new dance stuff I like but Absolute Radio (UK) has been so good lately I can't turn over. 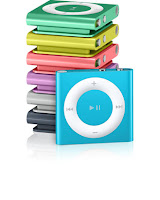 What do you enjoy listening to while you race or train?  Am I missing anything fabulous?