I was excited to get early VIP entry into the Expo this year as a blogger, because it gave me a chance to buy all the things.  Quickly.

First up I found Brandi which was awesome. 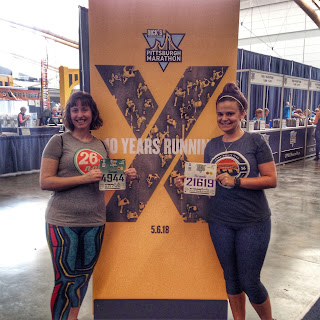 Next year is going to be the 10th anniversary of the race returning to Pittsburgh.  Also awesome.

Shopping was a thing after we picked up bibs and race shirts. I had to get the new SJ Sports Jewelry charms to add to my collection from last year.

There was also a rather fine shirt I wanted to pick up from P3R before they sold out.  I order my SCRR stuff from them which I always love. 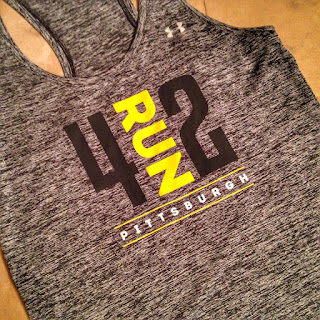 Fleet Feet and nuun were on hand to help me out with some race day supplies.  I was not allowed to buy anything else after that.  Dick's had a range of T's and hats I had my eye on. 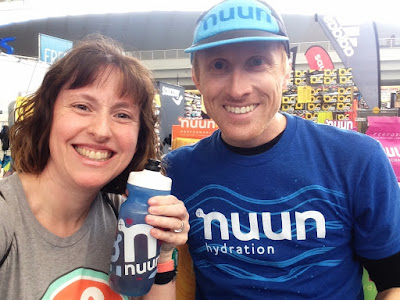 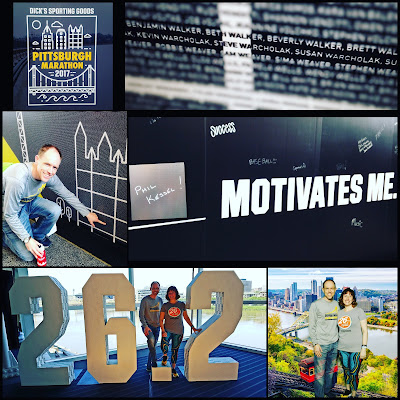 I did not buy shoes, I consider this a remarkable feat of self control.  Dick's Sporting Goods did send me these fab Brooks Launch 4's designed just for the marathon before we left and I refused to take them off all week. 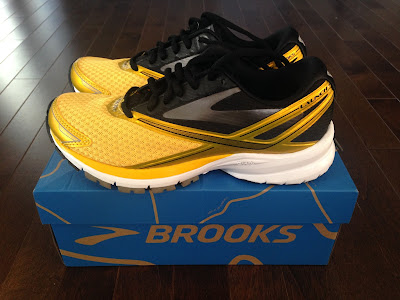 Later on in the evening we went to the VIP event where Merril Hoge was guest speaker, it was pretty awesome even if I did have to wear a dress and proper shoes. There was a silent auction and speed painter all to benefit Sports Matter.  It was a lot of fun.  Huge thanks to P3R and Dick's for the invite. 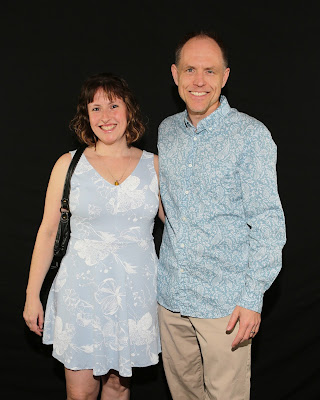 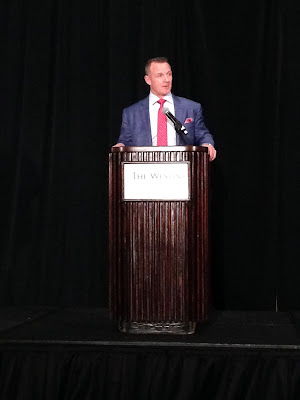 Merril is a former Pittsburgh Steeler, which is impressive to me just in itself.  He spoke about 'being uncommon' and my favourite thing 'find a way'. My other favourite thing of the night was Tony's bow tie, it's cool. 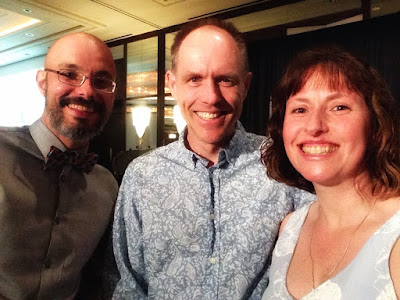 I really enjoyed meeting everyone.  It was pouring rain when we left, but I was too focused on getting those shoes off to care too much.