MEC put on a series of very reasonable, timed and supported races in Calgary.  By reasonable I mean $15 so two thumbs up from me.  It was time we tried one out! 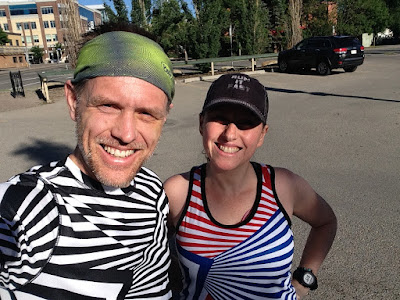 Our race started around the front of Fort Calgary so we parked and walked over in the sunshine.  There was quite the crowd in the start area! 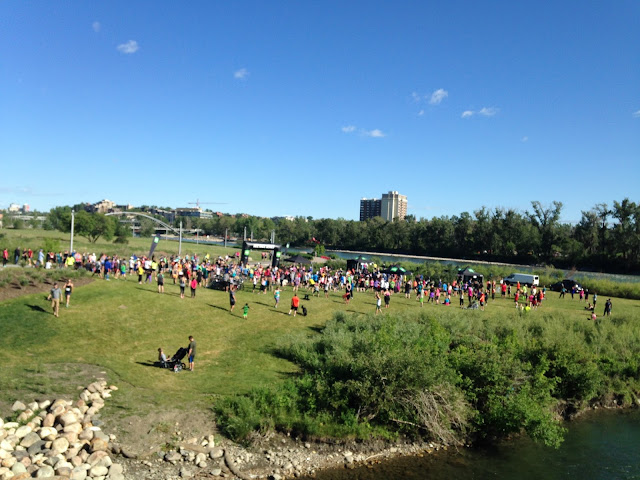 Package pickup was efficient, music was playing and we had time to say hello to a few people before the 10k got underway.  Off they went giving us time to get organized and line up for the 5.  Kids start right at the front for the race and after the start we immediately headed out onto fairly narrow pathways.

For me it was one of those races that was just not going to be raced.  It was too crowded for the first 2k with narrow pathways and bridges so I just slowed down and didn't worry about it.  My energy levels were at an all time low so I can't say I'm overly disappointed.  The front runners shot by and we ran though the sun and shade until Princes Island where we turned around at the water station.

Kev had a good day finishing second in his AG (again!) and I found the hidden treasure of MEC races!  I would recommend this series for sure, it is very well organized, chip timed with water stations and very affordable.

I convinced Kev to wear matching Dazzle too! 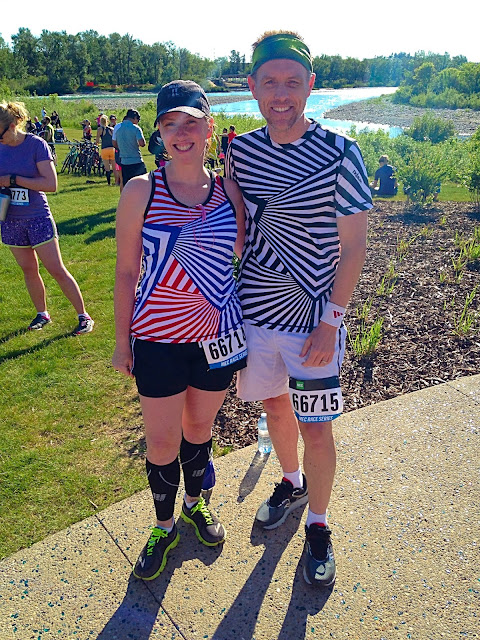